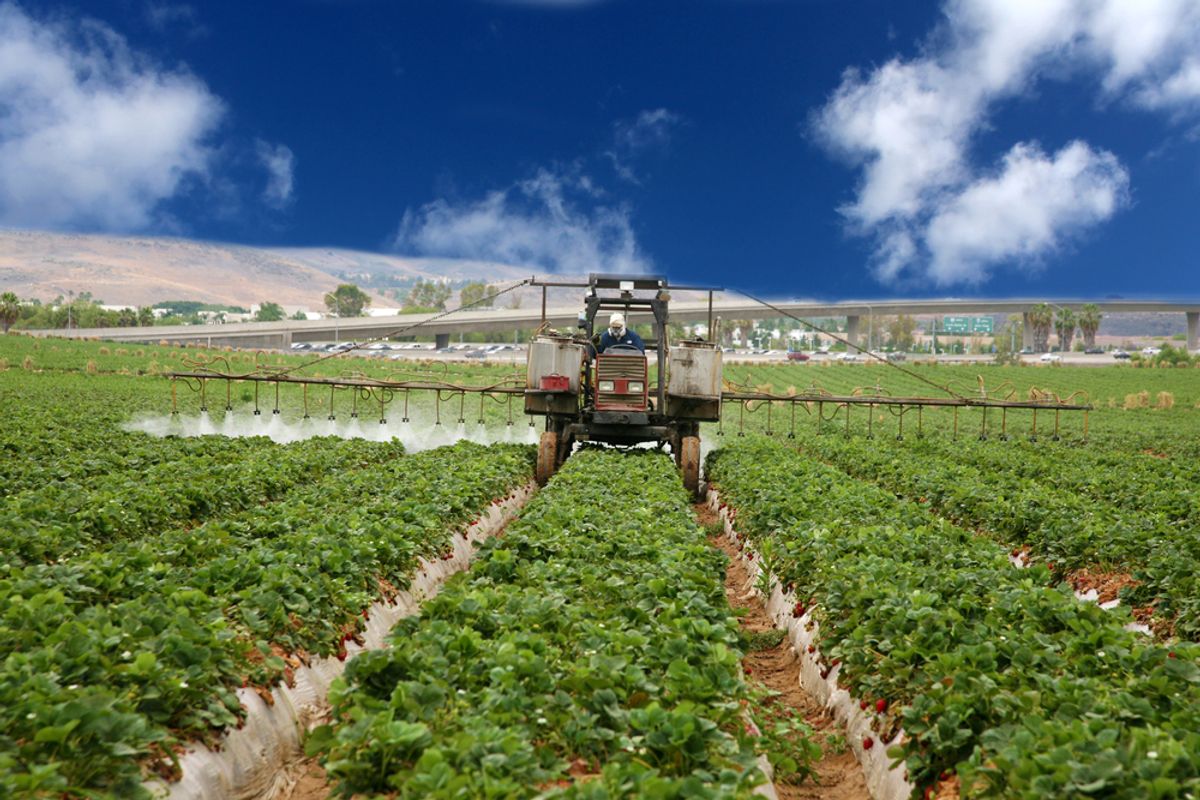 The EPA is going to place restrictions on glyphosate, most commonly known as the key ingredient in Monsanto's Roundup, in the hopes of stemming the onslaught of "superweeds."

Already, Reuters reports, 14 different weed species in the U.S. have developed resistance to glyphosate -- the world's most widely used herbicide -- affecting some 60 million acres of farmland and causing an estimated $1 billion per year in damages. The drastically reduced efficacy of the herbicide lead to the USDA's approval, last fall, of a new line of genetically modified crops engineered to withstand a different type of herbicide. Critics of this approach refer to what's called the "herbicide treadmill": chemicals lead to herbicide-resistant superweeds, requiring new chemicals and new forms of resistance, until we've run out of options.

Reuters didn't get the specifics on the EPA's restrictions, but reports that it will involve "a weed resistance management plan" for glyphosate, similar to the one that's already in place for the aforementioned new herbicide. That one includes "weed monitoring, farmer education and remediation plans," along with strict requirements for reporting resistance to both the EPA and "relevant stakeholders." The details will be finalized next week after a call with a committee of the Weed Science Society of America.

That the EPA is taking steps to address glyphosate resistance is undoubtedly significant, although the agency's actions likely won't go as far as some might hope. To break the cycle of herbicide resistance, as well as to address the chemicals' threats to the environment and human health, many call for a drastic reduction in herbicide use -- a solution that would require overhauling agriculture as it's currently practiced. A combination of tactics known as "integrated crop management," which includes the use of crop rotation and cover crops could, according to a policy brief from the Union of Concerned Scientists, could reduce herbicide use "by more than 90 percent — while maintaining or increasing yields and net farmer profits.”

The EPA's plan, after all, fails to address what has been the most alarming critique of glyphosate: the World Health Organization's finding, published last week, that the herbicide "probably" causes cancer. Monsanto couldn't disagree more, and is pushing the WHO to retract its report. But the EPA, which currently takes the position that “there is inadequate evidence to state whether or not glyphosate has the potential to cause cancer from a lifetime exposure in drinking water,” has said it will take the WHO's findings into consideration as part of its risk assessment, expected to be released later this year.