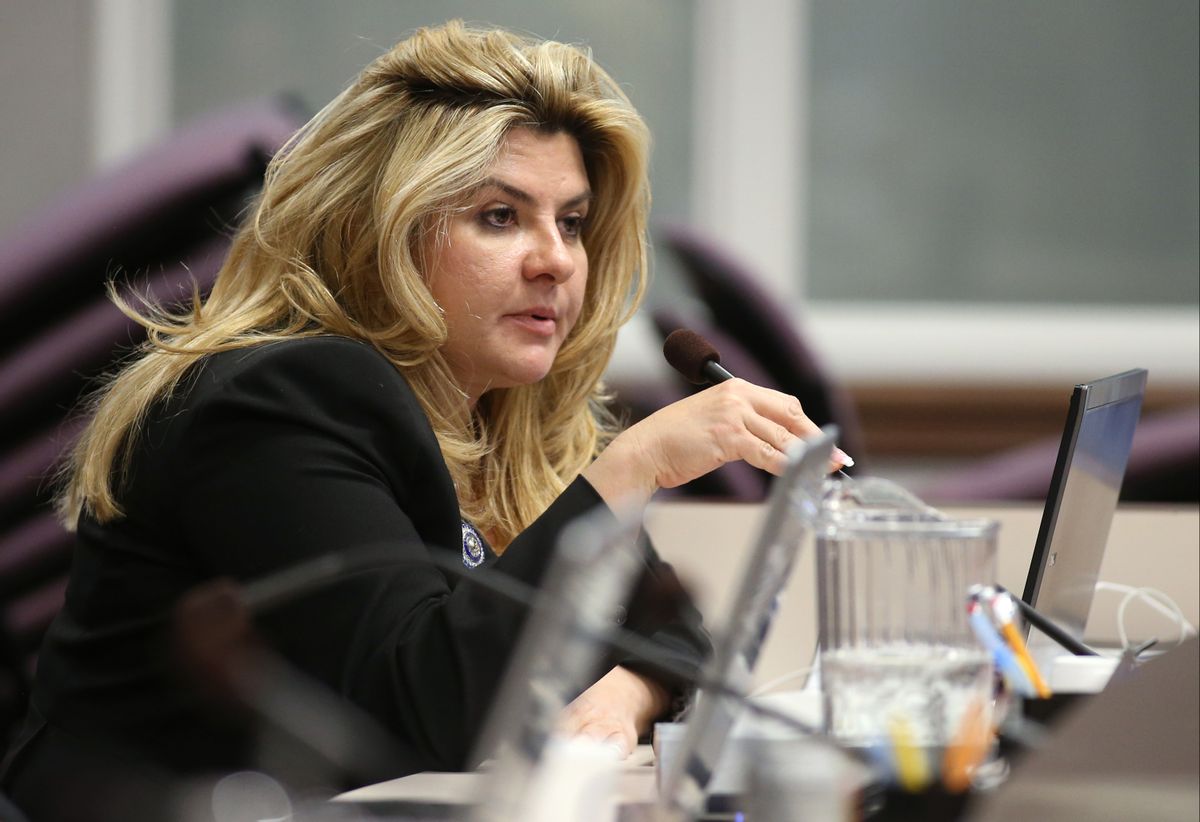 Nevada Assemblywoman Michele Fiore, the healthcare exec-turned-state rep who recently asserted that cancer is a fungus, has offered up a creative solution to eliminate sex trafficking: Castrate the pimps.

During a recent committee hearing on a bill intended to help trafficking victims escape the trade by requiring some establishments to post the phone number of a toll-free assistance hotline, Fiore pressed for a harsher alternative. According to Fox Reno, the lawmaker began by asking a "tough" question: "Instead of warm and fuzzy stickers and extended jail sentences why aren't you serious about the sex offenders these pimps?" Fiore said, encouraging anti-sex trafficking advocates to craft different legislation.

"Come with the castration bill, come with a bill that will stop people in their tracks," Fiore said. "You know it like you want to get serious about stopping sex trafficking, so, let's get a serious bill before us."

The Republican legislator, who also recently advocated for "young, hot little girls on campus" carrying firearms to ward off rapists, stood by her castration plan during an appearance on "Nevada Newsmakers" this week.

"I said if you really want to get serious about stopping the pimps and stopping this horrific activity with sex trafficking our children, come to us, the legislators, with a bill for chemical castration or straight-up castration," Fiore said. "I am sensible about having prisons without bars, people on parole or probation within their homes...However, when we have these heinous crimes of rape and murder and sex trafficking of children, I have zero tolerance for it and I think the solution would be castration."

"If you are a man, I really seriously think that would take a big effect," she added, "when these pimps understand that it is going to cost them their most valued possession."