Once again, conservatives are acting contrary to public opinion -- and "they don't care," MSNBC host says 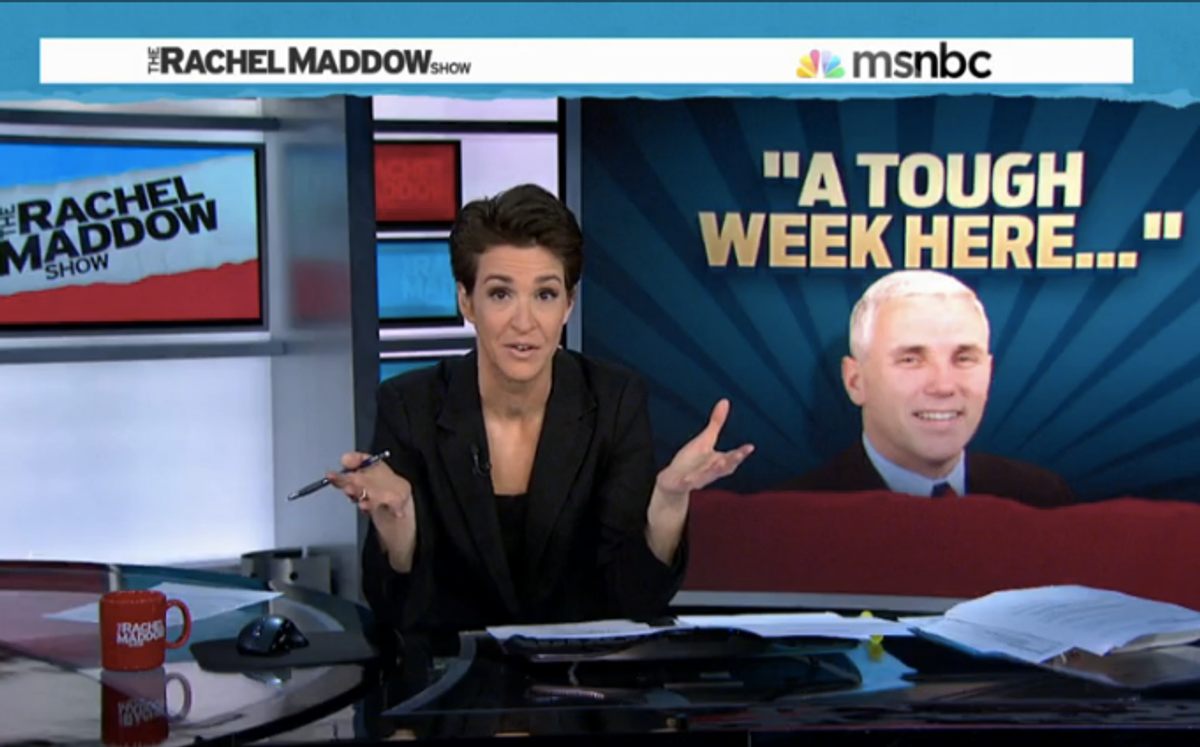 On the surface, the government's intervention in the Terri Schiavo case a decade ago would seem to have nothing to do with recent uproar over Indiana's new "religious liberty" law, which provides a legal shield for individuals and businesses who deny services to gays. But MSNBC host Rachel Maddow argued Tuesday night that both cases illustrate Republicans' brazen willingness to buck public opinion, all in the service of placating their right-wing base.

Some background: As you probably remember, Schiavo was a Florida woman left in a persistent vegetative state after suffering a massive heart attack in 1990. Her husband, Michael Schiavo, sought to have her feeding tube removed, contending that she had expressed a desire not to kept artificially alive. But Schiavo's parents fought back against their estranged son-in-law's efforts, triggering a years-long legal battle that eventually embroiled then-Florida Gov. Jeb Bush and his brother, President George W. Bush, who intervened in 2005 to keep Schiavo's feeding tube in place. Contemporaneous polling revealed overwhelming public opposition to the government's intervention, and Schiavo's feeding tube was ultimately removed under a court order. As the country debated yet another hot-button issue on Tuesday night, her family marked the 10th anniversary of Schiavo's death.

As Maddow noted, many of the same conservative pressure groups that backed government involvement in the Schiavo case -- groups like the American Family Association -- are now campaigning vigorously for Indiana's religious discrimination law, support for which has rapidly become a litmus test for the Republicans' 2016 presidential contenders. Despite massive public and business protest, all likely GOP candidates to weigh in have supported Gov. Mike Pence's law in lockstep. That includes Jeb Bush, 10 years removed from his controversial intervention in Schavio's death.

When Republicans back such unpopular moves, Maddow argued, they aren't thinking of public opinion. It is, in the final analysis, all about the base.

"But inside the conservative movement," Maddow continued, "they are listening to different voices. They are hearing different people. And if enough of them are in power, they get their way, as the country watches, slack-jawed and shocked. And they don’t care."

Watch Maddow dive deep into the two cases below, via MSNBC: