Anatomy of an Internet freakout: The hilariously overhyped advent of the iPad age

Five years ago tomorrow, the release of the iPad brought the tech media to new levels of ridiculous hyperbole 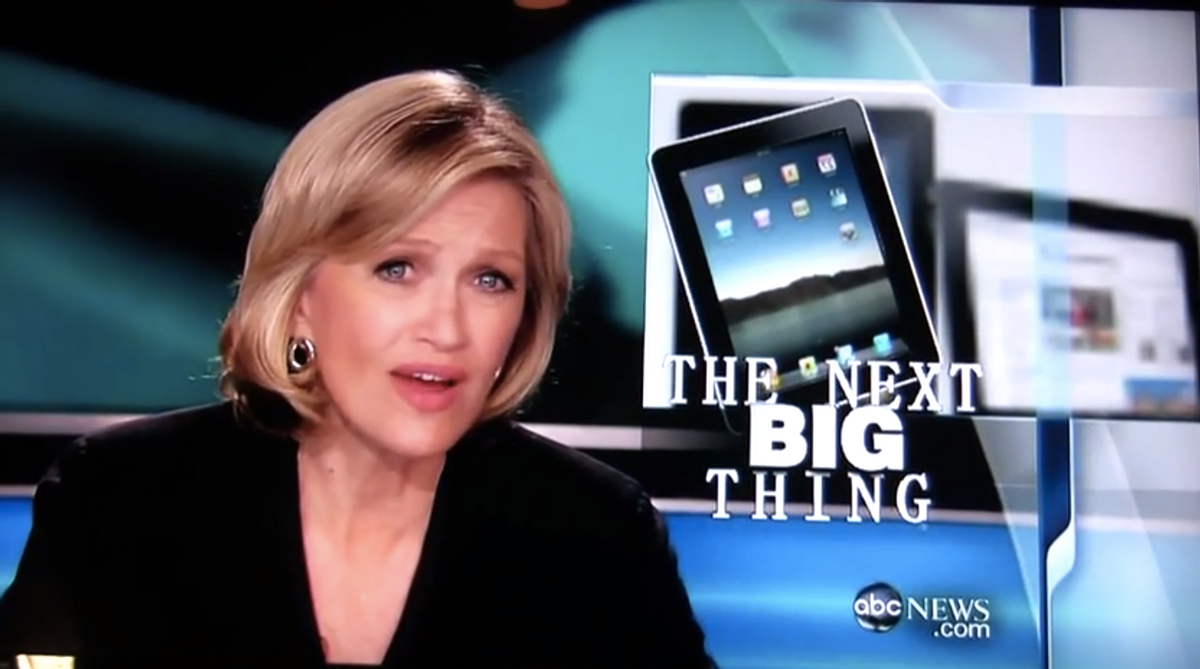 Here’s what was buzzing around the Internet for the week of April 2, 2010:

Expectations were sky-high by the time Apple finally released its first-ever tablet called the "iPad" in April of 2010. For the week leading up to its official launch, the Internet was overrun with "first looks" at the product techies were promised would be a game-changer for the industry. Amazon employees held their breath for the product they were promised would render the Kindle obsolete. "The device is supposed to meld into one small thing -- your computer, your email, your books and magazines," Diane Sawyer said in an ABC segment which previewed the item and called it "the next big thing."

And blood was shed. As New York Times' David Pogue wrote in his tech column, just days before the launch, "in 10 years of reviewing tech products for The New York Times, I’ve never seen a product as polarizing as Apple’s iPad." Breaking critics of the tablet into two camps, Pogue explained that there were "techies" and "regular people." "The haters tend to be techies; the fans tend to be regular people," he said.

The Wall Street Journal's Walt Mossberg speculated in his early review of the product that it was "pretty close" to being a laptop killer, noting that "the iPad can indeed replace a laptop for most data communication, content consumption and even limited content creation, a lot of the time. But it all depends on how you use your computer."

Fast forward to today: Apple and Samsung are dominating the tablet market. Laptops are experiencing a renaissance of sorts. Amazon's Kindle is still kicking -- barely. (A recent IDC report indicates that Amazon is currently the smallest tablet manufacturer in the game.) This is not to say it's smooth sailing for Apple's iPad, however. Apple is gearing up to experience a 30% hit to their iPad sales during the course of 2015 -- the biggest decline the tablet has seen since its launch back in 2010. And they're in good company: Samsung's market will likely be hit even harder by the gloomy sales year.

Below, you can find PC Magazine's "first look" at the iPad  -- this week's viral video with nearly 2 million views. It's a beautiful reminder of a time when everything seemed possible -- a time when we thought tablets would carry us well into the future. More than five years into the future, at least.

See also: what was buzzing around the Internet for the week of March 26, 2010