"We'll bring him back if he wants to be courteous" 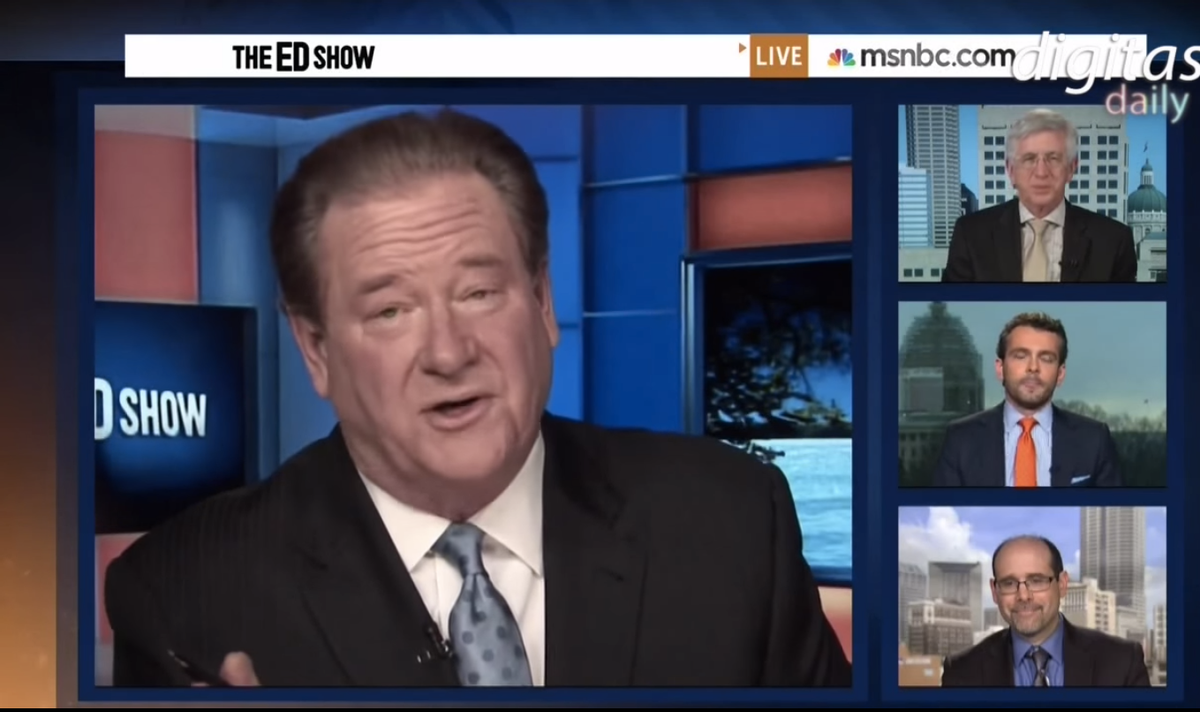 Schultz was interested in Anderson's response to the fact that the law would give companies the right to refuse to serve same-sex couples, however Anderson stuck to right wing talking points and deflection.

"Mr. Ryan, you're not a corporation, you're a human being," Schultz said, accidentally giving his guest a fancy little nickname. "The rights of you far exceed that of a corporation, and this, right now, if you connect the two, opens the door for blatant discrimination."

"Hold up, organizations do have rights. The New York Times has free press rights," Anderson responded. "In the same way, people who form organizations also have their religious liberty rights protected and this is the law for the whole federal government."

"We are down to the fundamentals. If a gay couple walks into a restaurant and I own it, you're telling me in Indiana that if I own that restaurant I can tell them to get the hell out of here and you don't think that's discrimination? That's the position of the right wing, am I correct?"

Anderson then said he knew of no Republican who felt that was acceptable, and that it was slander for Schultz to call Gov. Mike Pence a homophobe. At that point, Schultz requested that Anderson's microphone be cut off.

"We'll bring him back if he wants to be courteous," Schultz said.