The agency took a first step toward protecting pollinators, but critics say much more still needs to be done 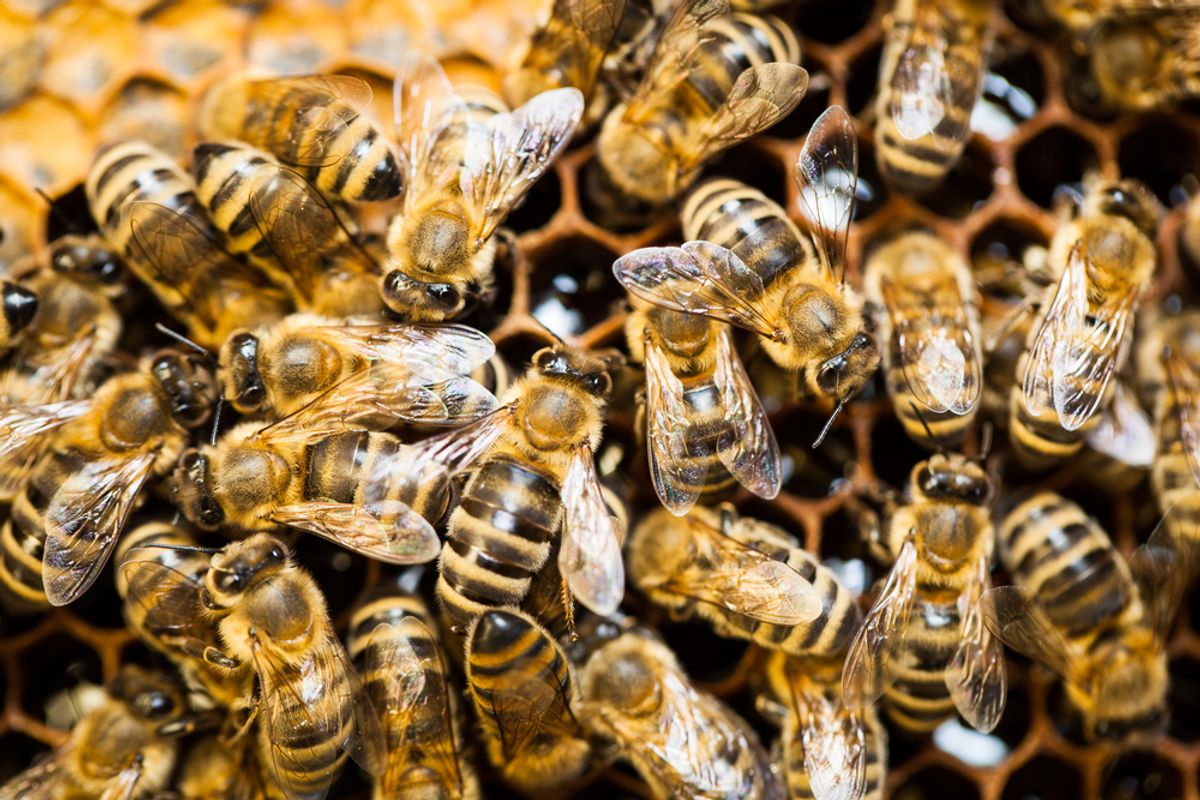 At long, long long last, the Environmental Protection Agency is taking on neonicatinoids, the class of pesticides implicated in the mass die-offs of bees.

The agency announced Thursday that it will be restricting the future manufacture and use of products containing the pesticides; in letters sent to companies that apply those products outdoors, it warned that it likely won't be approving new permits for their use until it can determine that they won't cause "unreasonable adverse effects on the environment."

The letters, the EPA said, "reiterate that the EPA has required new bee safety studies for its ongoing registration review process for the neonicotinoid pesticides, and that the Agency must complete its new pollinator risk assessments, which are based, in part, on the new data, before it will likely be able to make regulatory decisions...that would expand the current uses of these pesticides."

Colony collapse disorder, or CCD, is a major problem in the U.S., which depends on the insects to pollinate its cropland. The U.S. lost an estimated 10 million hives in a six period ending in 2013 to these mysterious die-offs, a loss equivalent to $30 billion in crops.

While there are a number of factors likely contributing to the decline, such as habitat loss and disease, much research supports the idea that neonicotinoids, by impairing neurological functions, is contributing to the problem. But progress in curbing their use hasn't followed as swiftly as many desire. The European Union, in 2013, placed a temporary moratorium on the pesticides while more research is conducted. The U.S., in contrast, has yet to make any sweeping restrictions on neonicotinoids -- although the Fish and Wildlife Service is planning to eliminated them from protected lands, and several cities, including, as of yesterday, Portland, have banned their use on public lands. Last June, the White House established a task force to study the factors contributing to pollinators' decline; advocates say the EPA's actions may foreshadow broader recommendations for limiting the chemicals' use.

In response to the move, a coalition of environmental groups was short on the praise for the EPA's long-awaited action, insisting that a lot more needs to be done to protect pollinators, including placing a moratorium on existing products. “EPA has finally admitted it lacks the basic data needed to determine whether bees, other pollinators, or the environment will be adversely affected by neonicotinoids,” said Peter T. Jenkins, an attorney for the Center for Food Safety, in a statement. “If EPA is unable to assess the safety of new uses, the agency similarly is not able to assess the safety of the close to 100 outdoor uses already approved."