Does this mean the star has taken a more substantial political stance than Kanye West ever has? (Yes) 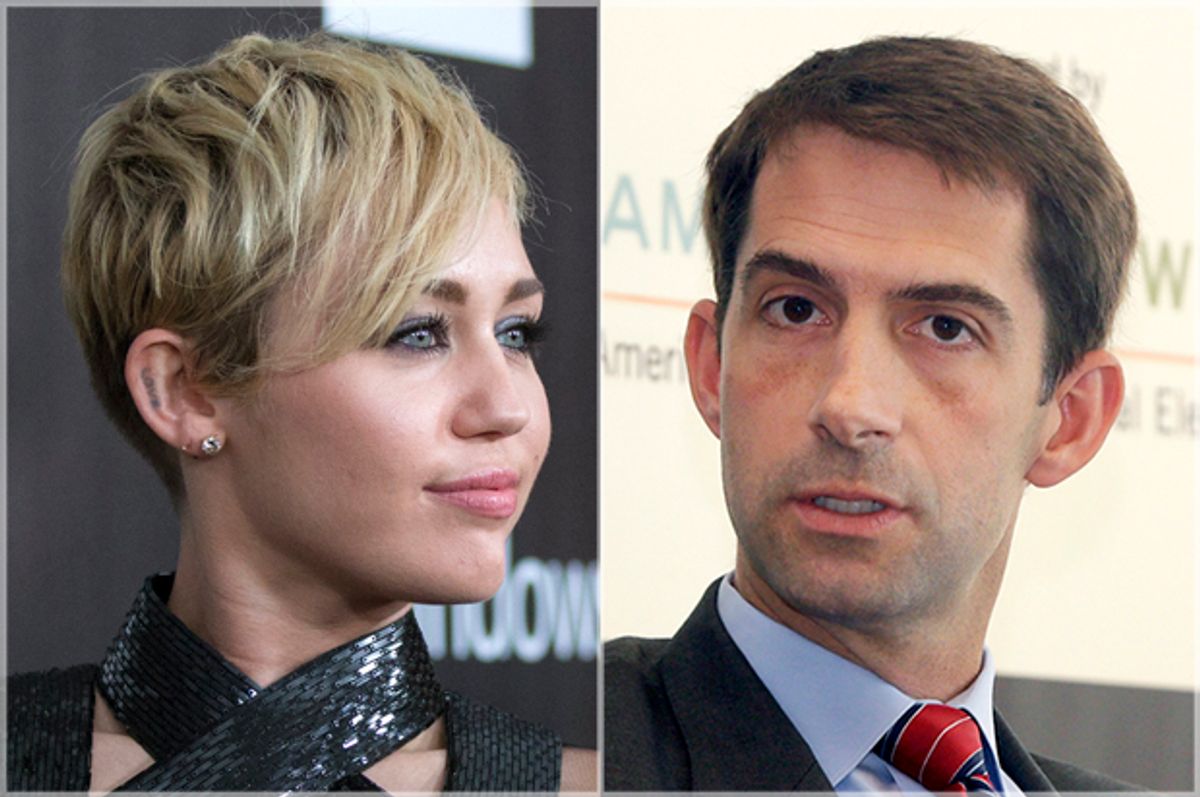 Miley Cyrus did an important thing today. The former Disney Channel star, a longtime LGBT ally and advocate of same-sex marriage, started by doing something we already know her to do well: she stuck her tongue out and flipped the double bird. Only this time she did so metaphorically and on Twitter, straight in the face of Arkansas Sen. Tom Cotton, who on Wednesday said the gay community needs to get some "perspective" on discriminatory religious freedom laws, because LGBT individuals are commonly murdered in countries such as Iran.

Tweeting to her 19.4 million followers, Cyrus fired off some context for her criticism of Cotton, then encouraged her fans to "stir some shit up" and call the senator's office to complain about his bigotry:

What does it all mean? Well, for starters, it means there is pretty much no denying that Cyrus is actively, and probably productively, positively politically engaged. It also means the glorious-but-unforeseen face-off of Miley Cyrus vs. Tom Cotton has been unfortunately left out of a lot of weird March Madness brackets.