Pat Robertson on Indiana law: Gay wedding cakes are a gateway to "bestiality" 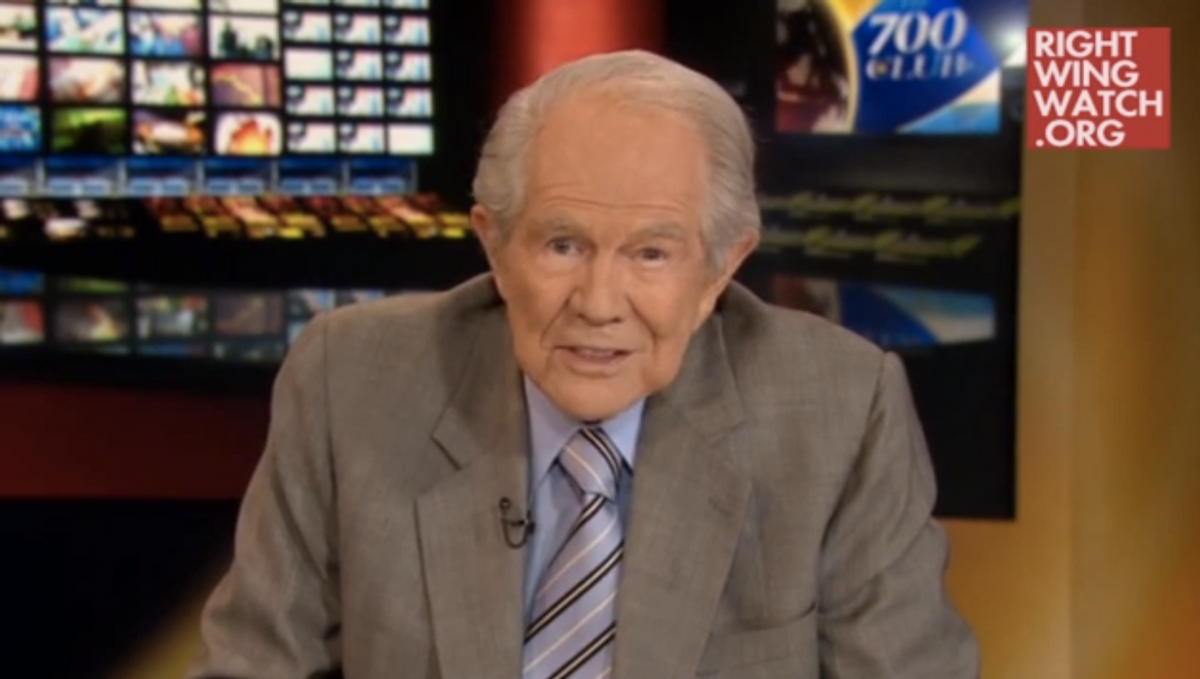 After a Yelp revolt against the family-owned pizza shop drove the business to shut down indefinitely, Robertson took to “700 Club” Thursday to tell everyone to shut up. Also, to explain how gay weddings work: “Pizzas? I think, you know, you might as well keep your mouth shut,” Robertson said. “I’m not sure I would serve pizza for a gay wedding. Most gays, if they’re having a wedding, don’t want pizzas – they want cake. It’s the cake makers that are having the problem.”

Robertson tipped his hat to Memories Pizza owner Kevin O’Connor for attempting to effectively put an end to the "take-over" of gay people -- which, Robertson naturally conflated with bestiality.