Penn Jillette ridicules supporters of anti-gay Indiana law: You're not being forced to "engage in gay sex"

"There is more to gay sex than cake and flowers" 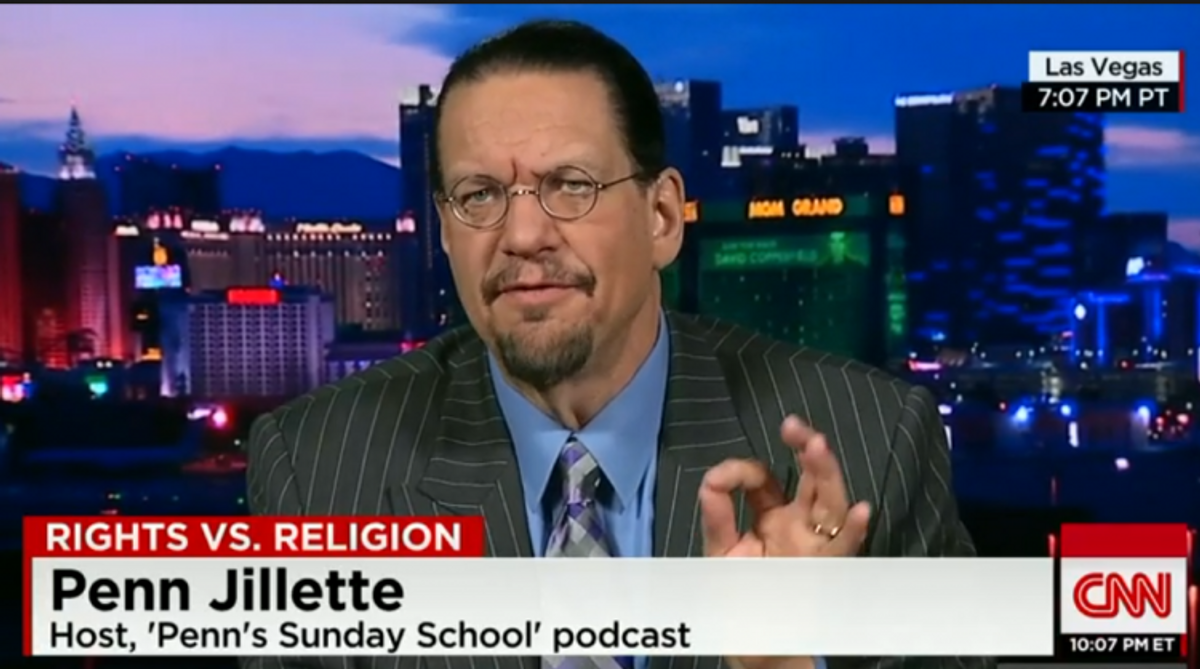 Comedian Penn Jillette may be an avid libertarian, but when it comes to anti-gay discrimination, his pro-gay views win out over the libertarian instinct to leave the market to its whims.

Appearing on a CNN panel last night to weigh in on an Indiana law that provides a legal shield for businesses individuals who deny services to gays on religious grounds, Jillette blasted supporters of the law, contending that objections to serving gays were rooted in bigotry, not reasonable religious freedom concerns.

"There is more to gay sex than cake and flowers," Jillette quipped. "Now, I’m a libertarian and an atheist. So I’m kind of fighting myself on this. I don’t like the government involved in telling people what to do, and I certainly want people to have religious freedom. Because the only way people who don’t have religion are going to have freedom is if people who do have religion have freedom," he added.

"But all the same," Jillette continued, "we have to make sure we don’t get too crazy in the hypotheticals. We are not talking about forcing people to engage in gay sex or even endorse gay sex. We’re asking them that maybe they can treat people the same as other people and that does not seem unreasonable."