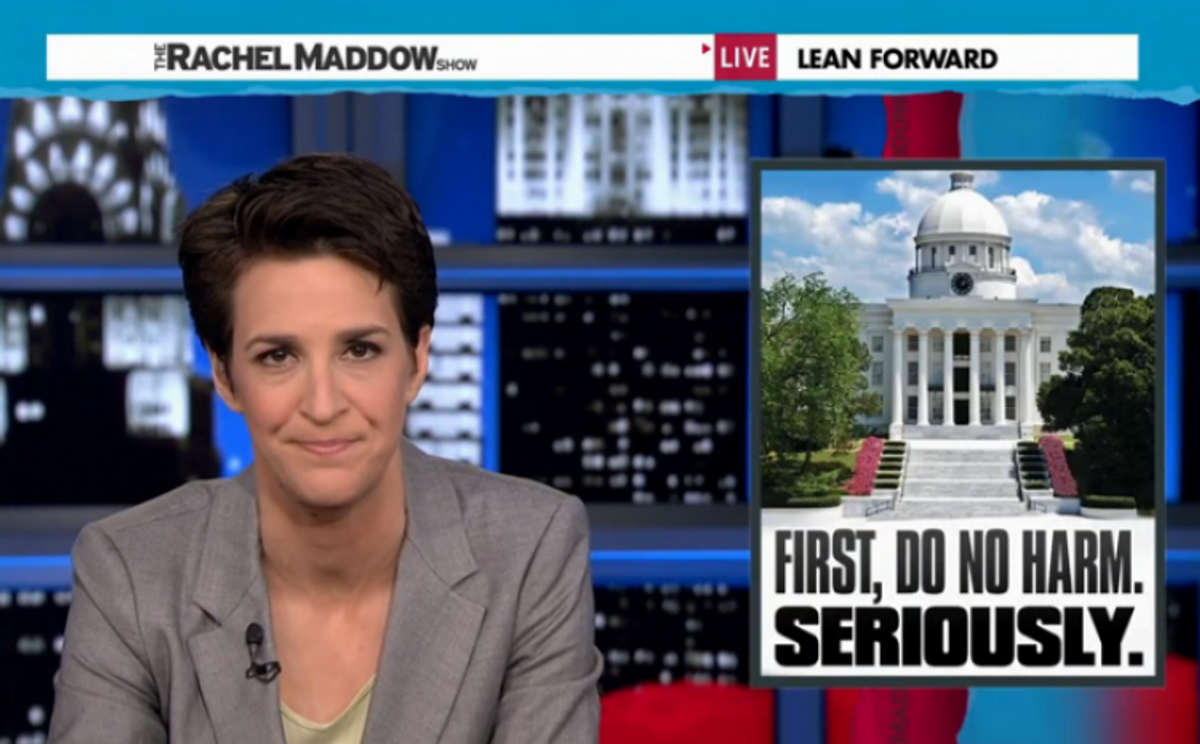 Alabama politics, like those elsewhere, often prove farcical. During a heated March 1999 debate in the state Senate, for instance, the Republican lieutenant governor urinated into a jug under his desk, fearful that if he left the chamber to avail himself of an actual restroom, Democrats would remove his powers as presiding officer. But the latest shenanigans in the state are nowhere near as laughable.

In a development that drew national attention this week and inspired a segment on Rachel Maddow's show last night, GOP state senator Larry Stutts attempted to repeal Rose's Law, a 1999 measure to protect new mothers by requiring a two-day hospital stay after giving birth. Under the law, mothers with complicated births stay in the hospital for four days.

The law was inspired by the death of Rose Church, an Alabama nurse who died of post-natal complications after her physician sent her home just 36 hours post-birth, without performing necessary tests.

Her physician was Larry Stutts.

Stutts, who made the transition from medicine to politics after defeating his state Senate opponent by 70 votes in 2014, recruited six other GOP lawmakers -- all white males -- to repeal Rose's Law, which he denounced as an "Obamacare-style law." The reaction nationally -- and more important, locally -- was scathing. The Alabama Political Reporter captured the sentiments of most observers with an editorial reading, "Stutts is arrogant and careless and now we know he is evil."

Amid a fierce backlash, Stutts withdrew the bill this week.

"In Alabama, you can pee in a jug inside the Senate chamber and tell the story yourself later on — as a badge of political courage, you can do that. But you cannot repeal medical care for new mothers — not at least when it turns out that the death of your own patient spurred the law in the first place. That — that you cannot do, at least that," she said.

Watch the segment below, via MSNBC: