7 feminist podcasts that are way, way sexier than "Serial"

True crime might be topping the charts lately, but talking about sex (and love and tears and beauty) never gets old 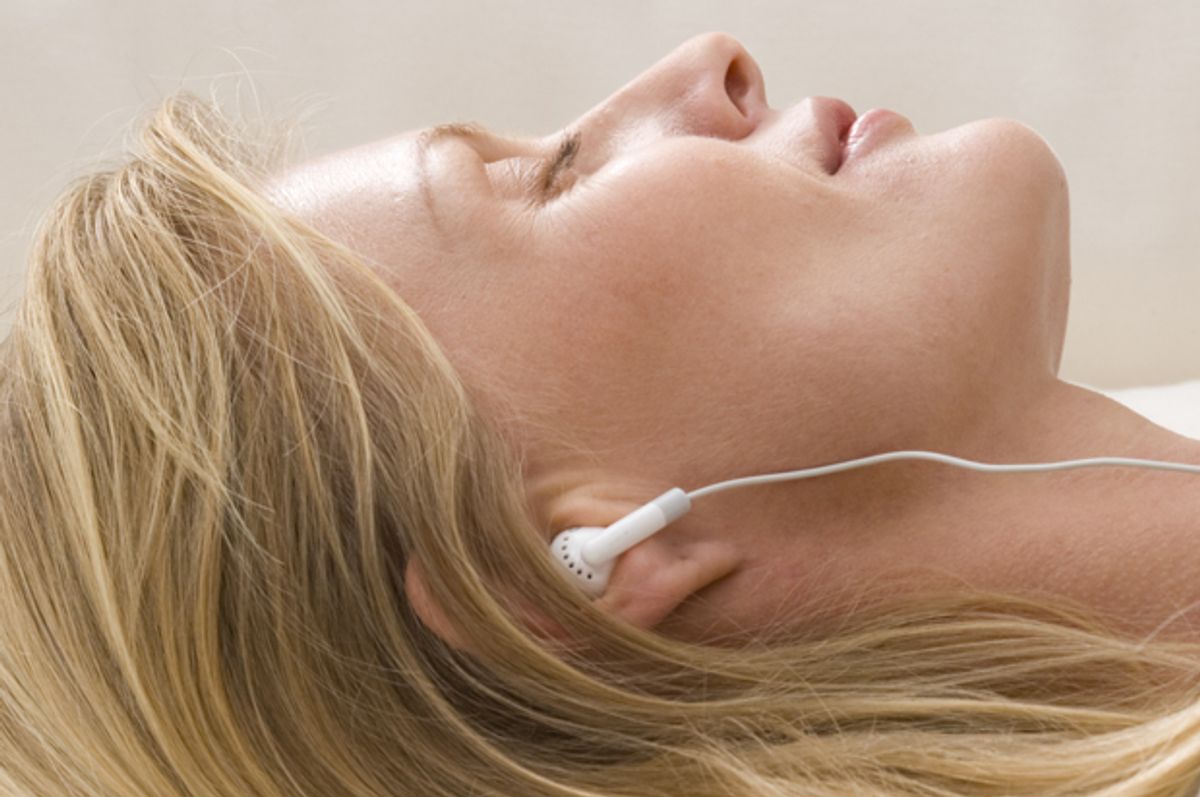 Two things I spend a lot of time doing are riding the subway and thinking about sex. Many months ago, I discovered that I could add a third activity to these dominant two, to create a much more enjoyable commuting experience while also getting a little outside my own head: I could listen to sexy, feminist-y podcasts.

This is not a revelation. I was already a "Serial" fan and have been devoted to "Radiolab" for years, with a few other "general interest" podcasts sprinkled in. But as I started adding more and more distinctly feminist, sex-positive shows to my queue, I started to feel I was truly improving myself as a human being. (I mean, I learned how to achieve multiple orgasms in a row from "Sex Nerd Sandra," the second podcast on this list, so how could anyone say that isn't a form of self-improvement?)

Dan Savage's "Savage Lovecast" is perhaps one of the best-known shows of the sex-positive podcast genre (and in fact he appears as a guest on several of the shows below), but he's not the only one spreading the gospels of pleasure, love, respect and exploration through people's earbuds. Plenty of other hosts -- many of them women -- are exploring the different ways sex and gender affect our lives, and how they shape our humanity. Here are 7 sexy, feminist podcasts you should have been listening to yesterday:

1) "Guys We Fucked"
You probably already know that we’re fans of “Guys We Fucked” around here. Comedy duo Krystyna Hutchinson and Corinne Fisher sat down with Salon last December to reflect on their first year of hosting “the anti-slut-shaming podcast,” which tackles sexuality—not just female sexuality—in a refreshing, frank and funny way. Originally conceived of as a way for Fisher to get through a tough breakup, “Guys We Fucked” has evolved from interviews with the hosts’ past (and present) sexual partners to a conversational, topical, distinctly feminist podcast that epitomizes a “you do you” approach to friendship, sex and life.

3) "The Heart"
Personally, I think this is the sexiest podcast of the bunch. Often, when I’m listening to “The Heart”—formerly known as “Audio Smut”—on the train, I find myself simultaneously wanting to cry, make eyes at a stranger, hug another human being or just go home and touch myself—but I fight those urges and keep listening, all the while coming to understand my own humanity better for feeling any of those things in response to a podcast. Each episode is a sensual deep-dive into the ways love and sex shape our lives, with attention to all the real nuances and complexities we experience as grown-ups trying to navigate the world. It’s beautiful and, for the most part, short. (Given that I’ve mentioned listening on public transit, check out the recent episode “The Subway,” as well as their “Coming of Age” and “Love Letters” episodes.)

4) The Longest Shortest Time
It seems that one of the common themes of parenting guidance—be it in the form of books, podcasts, you name it—is that there’s no way to answer the multitude of questions that come up all at once. “The Longest Shortest Time” gets close, opening up a compelling dialogue about parenthood (and childhood) that reminds us of an important fact that’s often lost: parents are human beings. The show tackles some of the difficulties that arise from parenting but often go unaddressed, such as when it’s time to start having sex again after a pregnancy, or what to do when one partner isn’t ready. It’s moving and real, and features a number of great guests.

5) Death, Sex & Money
You’ve probably already heard about Anna Sale’s breakout podcast “Death, Sex & Money,” which quickly climbed the charts after its debut last year. And with good reason: the show offers an honest and insightful look at all the stuff that everybody thinks about, but which usually gets pushed away because it ties most people’s stomachs into knots. It’s not easy to describe the renegotiation of a marriage after cheating, or how to move on after killing another person, as some of Sale’s guests do—but oh, how very helpful it is to listen to their stories.

6) Love + Radio
I find “Love + Radio” difficult to describe but always intriguing. Recent episodes have included interviews with a “humiliatrix” who specializes in demeaning men for a living, or a conversation with someone who made money on Craigslist doing kinky things with balloons. Not every episode tackles fetishes, but the ones that do explore a range of sexual proclivities in an open, accepting and inquisitive way. The podcast is one of the easiest ways to open one’s eyes with the help of headphones.

7) Crybabies
“Crybabies” isn’t particularly sexy on its own, nor does it have the sex-positive, feminist slant of the other podcasts on this list (at all, really). But how could it not be feminist to converse about one of our most perplexing physiological responses to being alive? Susan Orlean and Sarah Thyre co-host, interviewing a number of artists, musicians, comedians and filmmakers about the cultural products and life experiences that have brought tears to their eyes. It’s funny and charming, but it might also make you cry. It might also make you feel more comfortable talking about why you’re sobbing, regardless of who you are or what you look like.