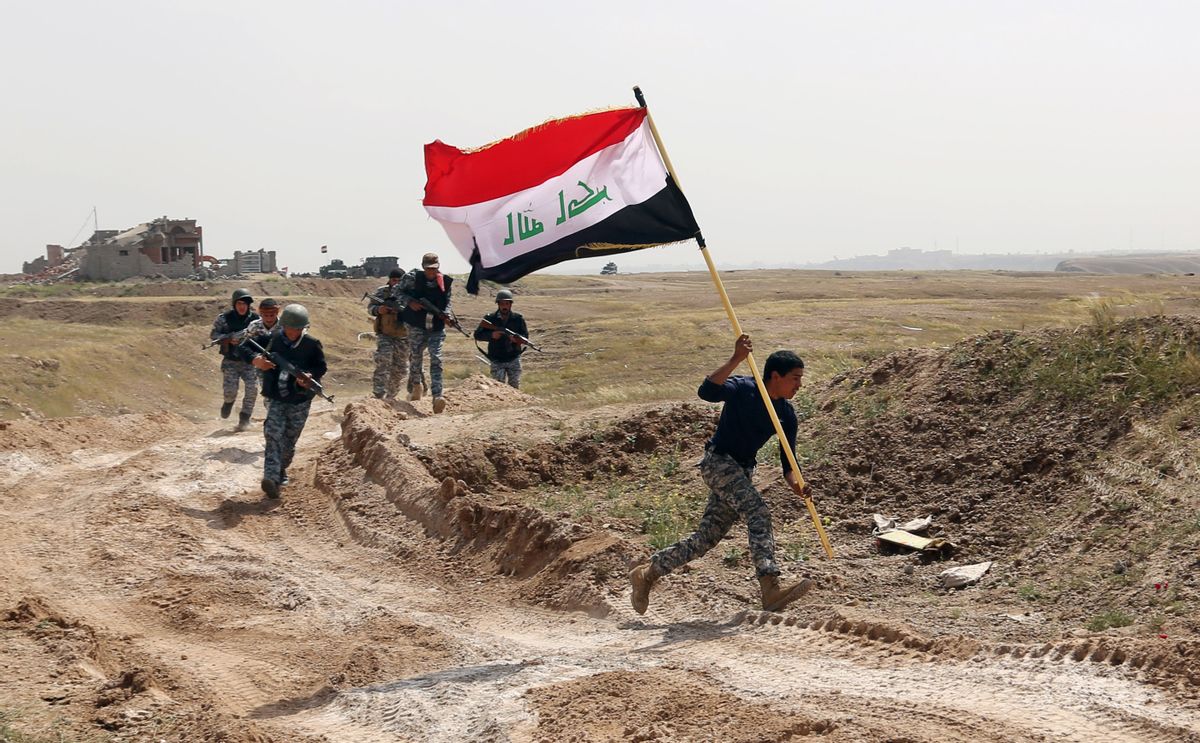 In the Middle East this week, a coalition of Iraqi security forces, Shiite militias and Iranian advisers backed by U.S.-led airstrikes dislodged the Islamic State group from the Saddam Hussein's hometown of Tikrit.

Iraqi authorities called the rout of the extremists a "magnificent victory," but it marked the third time Tikrit has become a battlefield since the U.S. military seized it from Iraqi forces in 2003. Associated Press photographer Khalid Mohammed, embedded with Iraqi troops during this battle, captured images of intense street fighting, jubilant Iraqi forces celebrating their victory and subsequent looting, the reality of the brutal and seemingly endless war gripping the country.

Now, Iraq faces the challenge of winning over its marginalized Sunni population, which largely welcomed the militants' advance over their own anger at the Shiite-led government in Baghdad. A battle for Mosul, Iraq's second-largest city, likely looms ahead.

Elsewhere in the region, a Saudi-led coalition continued airstrikes against Shiite Houthi rebels in Yemen as Egyptian President Abdel-Fattah el-Sissi expressed a willingness to send his ground troops into the country. It immediately recalled Egypt's 1965 intervention in Yemen, which saw the country lose about half of its 70,000-troop force.

In Syria, the al-Qaida-affiliated Nusra Front took control of the strategically important provincial capital of Idlib from government forces, a move that could threaten the land route between the capital, Damascus, and the besieged northern Syrian city of Aleppo. If the rebels manage to cut off the Damascus-Aleppo highway, it would be a serious blow to the forces of embattled Syrian President Bashar Assad.

Dusan Vranic, the AP's chief photographer for Israel and the Palestinian territories, curated this gallery in Jerusalem. Follow him on Twitter at www.twitter.com/DusanVranic.