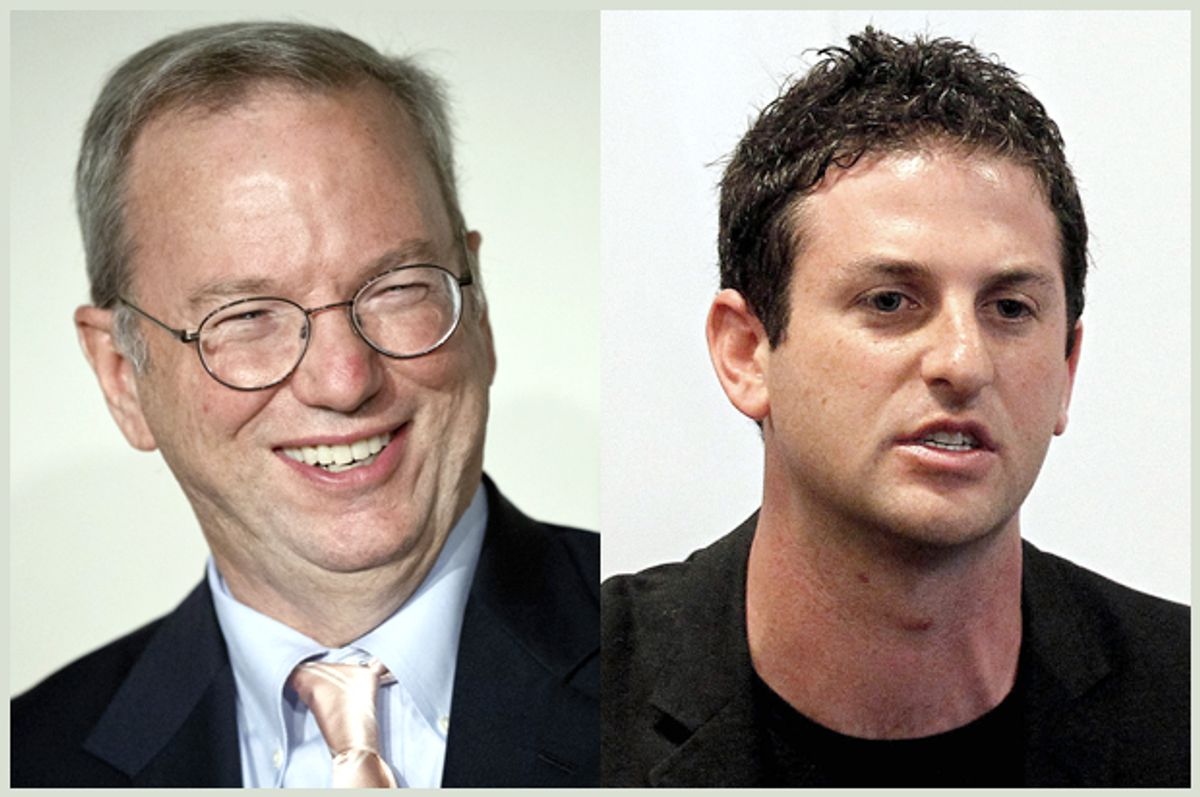 That the masters of the tech universe jumped so forcefully into the middle of the Indiana gay rights imbroglio was, as many have noted, a marked change from business as usual in Silicon Valley, where the digerati had previously been reluctant to involve themselves in political issues not directly related to their bottom lines.

As Marc Benioff, chairman and CEO of the cloud computing behemoth Salesforce, told the New York Times, “We’re wading into territory none of us is comfortable in, which is social issues,” he said. “But it was crystal clear that, by all of us going in together, it was going to be O.K.”

Only time will tell, of course, whether this was a harbinger of political activism to come, and, if it is, whether or not that’s a good thing. The engineers of Silicon Valley are far from the first of their kind to have been relatively uninterested in the nitty gritty of political engagement.

In the early decades of the 20th century the growing powers of industrialism  bestowed upon engineers — previously thought of as the guys with greasy overalls whose expertise extended only as far the workshop door — a new measure of power and prestige. Academia responded with a massive increase in engineering programs. The number of American engineering graduates increased from 100 a year in 1870 to 4,300 a year in 1914. What had been a trade became a profession.

Meanwhile technological advances were producing growing political, economic and social complexities that politicians seemed increasingly unable to handle. What was needed was better planning and efficiency, which is what technicians did best. A rising chorus of opinion suggested it was time to let the engineers take the helm of the ship of state, and some agreed. One of them was the engineer, editor and manufacturer Henry Goslee Prout, who in 1905 lectured Cornell’s first class of civil engineering graduates on the enormous responsibility they carried on their shoulders.

”My proposition is that the engineer more than all other men will guide humanity forward until we come to some other period of a different kind,” Prout said. “On the engineer and on those who are making engineers rests a responsibility such as men have never before been called upon to face, for it is a peculiarity of the new epoch that we are conscious of it, that we know what we are doing, which was not true in either of the six preceding epochs, and we have upon us the responsibility of conscious knowledge."

Among the more forceful technocratic voices to emerge during this period was that of the economist and social critic Thorstein Veblen. Best known today as the man who coined the phrase "conspicuous consumption," Veblen relentlessly attacked the wastefulness of American business. Overproduction and overselling of useless goods were ruining the country, he argued. The solution was to turn policy and administration over to "skilled technologists" who would exercise "systematic control" over the economy.

Somehow the ascent of the engineers that Veblen and others envisioned never materialized. Despite their growing professional confidence, they seemed personally reluctant to pursue broader political power. Veblen couldn't conceal his disdain. "[B]y settled habit," he fumed, "the technicians, the engineers and the industrial experts, are a harmless and docile sort, well fed on the whole, and somewhat placidly content with the 'full dinner-pail,' which the lieutenants of the Vested Interests habitually allow them.”

The idea that engineers could successfully run government, even if they wanted to, took a beating with the presidency of Herbert Hoover, the nation’s first and so far only Engineer in Chief.  A further blow to engineering credibility came several decades later when uber-technocrat Robert McNamara unleashed mountains of precision analysis against the pesky guerrilla fighters hiding in the jungles of Vietnam. In 1962 McNamara returned from his first tour of the Asian theater brimming with confidence. “Every quantitative measurement we have shows we are winning this war,” he said.

It’s likely that the hacker mind-set — rebellious, but narrowly focused —  explains why the programming elite of Silicon Valley haven't been, heretofore, especially active politically, which isn’t to say the technocratic mind-set isn’t alive and well there. Google’s Eric Schmidt and Netscape founder Marc Andreessen are among those who believe that technology is well on its way to solving all our problems, if only government will get out the way, and government increasingly shows signs of agreeing with them.

In a February article in the London Review of Books, the historian Jackson Lears described the career trajectory of Jared Cohen, a Condoleezza Rice protégé who stayed on at State under Hillary Clinton. Eric Schmidt subsequently hired Cohen to head Google’s “Ideas” division, which Google describes as “a think/do tank that explores how technology can enable people to confront threats in the face of conflict and repression.” Cohen’s career reflects, Lears said, “the new intimacy of Washington and Silicon Valley.”

It’s hard to know what the offspring of that intimacy will grow up to be. Republicans will be more comfortable than Democrats with the fact that many in Silicon Valley consider "Atlas Shrugged" the definitive political text. At the same time, the socially progressive inclinations of CEOs who live and work in Northern California and Seattle are at odds with the fundamentalist convictions of the heartland.

What’s clear is that we can no longer assume the engineers will be satisfied with serving as the “lieutenants of the Vested Interests.” They are the vested interests.

This essay is based on Doug Hill’s recently completed book, “Not So Fast: Thinking Twice About Technology,” now being considered by publishers. He is grateful to the historians William Atkin, Edward Layton Jr., Thomas Hughes and Henry Elsner Jr. for information on the technocracy movements of the early 20th century.