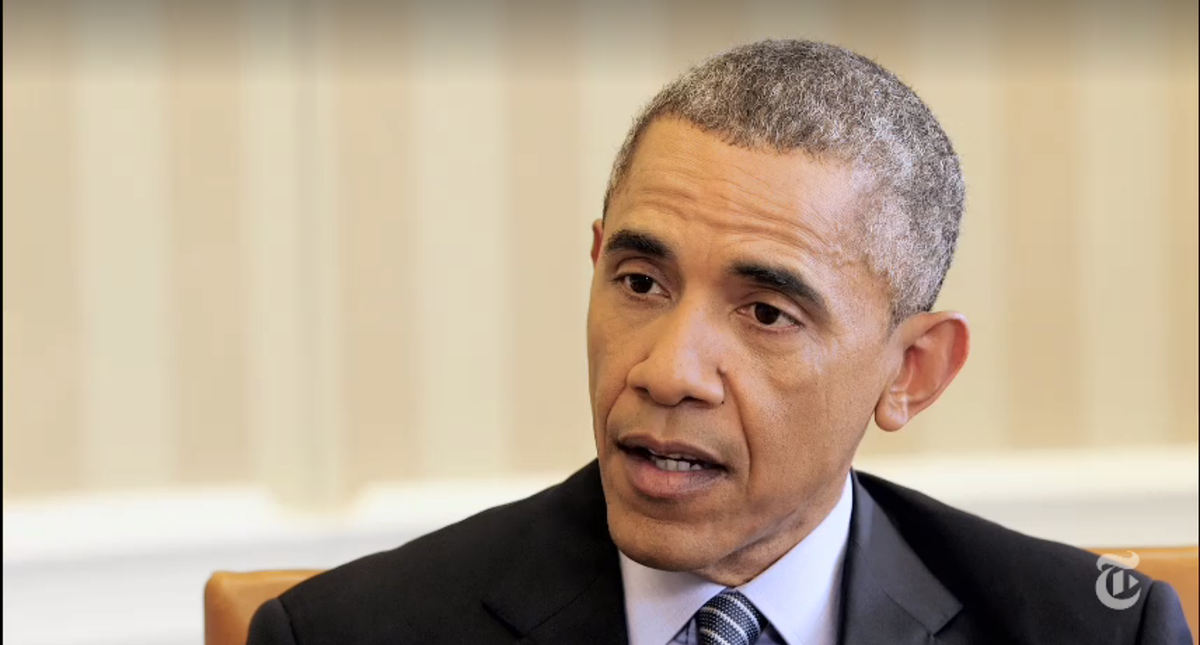 In an interview with columnist Thomas Friedman published Sunday in the New York Times, President Barack Obama presented a kind of sales pitch for the recently solidified Iran nuclear deal. Obama called the agreement a "once-in-a-lifetime opportunity to see whether or not we can at least take the nuclear issue off the table."

The agreement functions as a part of what Friedman dubbed the "Obama Doctrine," which involves a combination of "engagement" with countries like Iran, Cuba and Myanmar coupled with meeting "core strategic needs," instead of an isolationist policy of sanctions. Or, as Obama describes it, "We will engage, but we preserve all our capabilities."

"You take a country like Cuba. For us to test the possibility that engagement leads to a better outcome for the Cuba people, there aren't that many risks for us. It's a tiny little country. It's not one that threatens our core security interests, and so [there's no reason not] to test the proposition," Obama told Friedman.

"The same is true with respect to Iran, a larger country, a dangerous country, one that has engaged in activities that resulted in the death of U.S. citizens," Obama continued. "The truth of the matter is: Iran's defense budget is $30 billion. Our defense budget is closer to $600 billion. Iran understands that they cannot fight us."

Obama also spoke about how "personally difficult" it has been to be viewed as anti-Israel.

"There has to be the ability for me to disagree with a policy on settlements, for example, without being viewed as... opposing Israel" he said. "But this has been as hard as anything I do, because of the deep affinities that I feel for the Israeli people and for the Jewish people. It's been a hard period."

For the complete interview, which is rather lengthy, click here.