Rolling Stone's real disgrace: How its shoddy reporting let UVA off the hook

Rolling Stone may have wanted to hold UVA to account, but its sloppy journalism produced the opposite effect 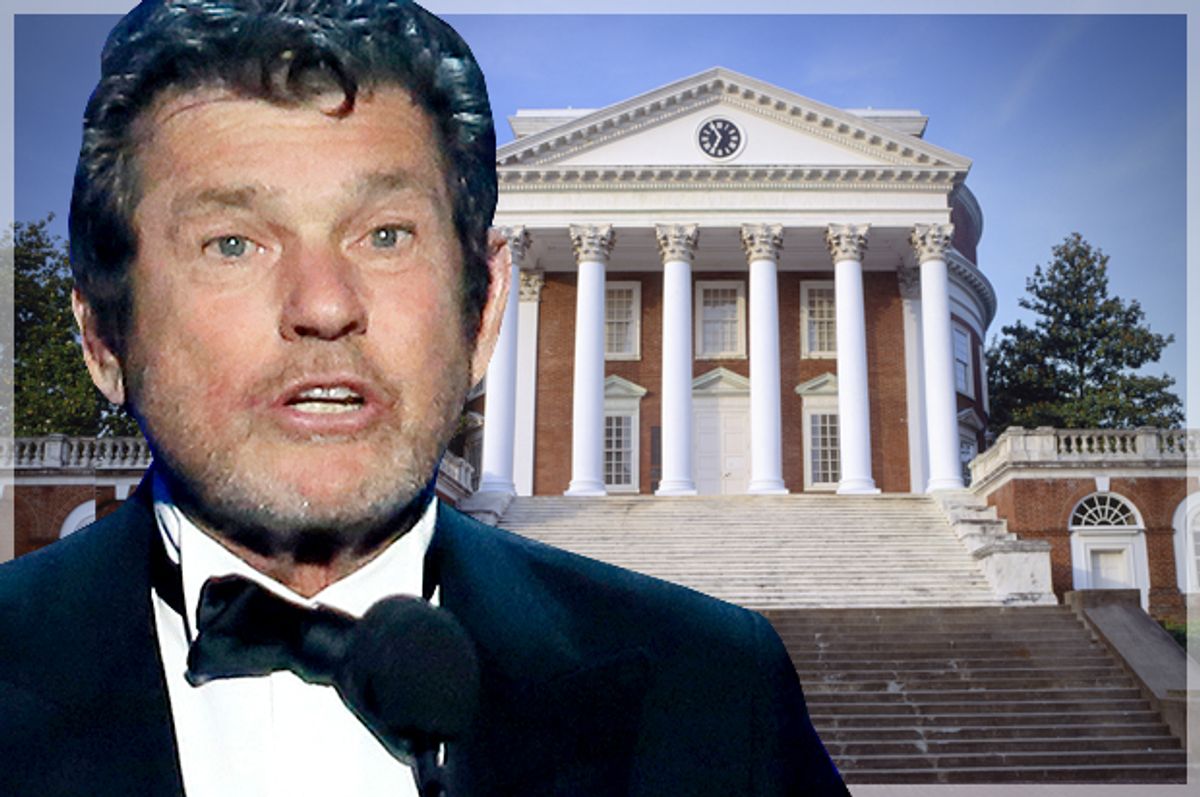 Rolling Stone officially retracted its story on an alleged gang rape at the University of Virginia after the Columbia School of Journalism released a comprehensive report on the many failures in “basic, even routine” journalistic practices from reporter Sabrina Ruben Erdely and editors Will Dana and Sean Woods.

“A Rape on Campus: A Brutal Assault and Struggle for Justice at UVA” has been scrubbed from Rolling Stone’s website, and the page now redirects to the Columbia report and a statement from Dana, apologizing to the many people harmed by the piece:

We would like to apologize to our readers and to all of those who were damaged by our story and the ensuing fallout, including members of the Phi Kappa Psi fraternity and UVA administrators and students. Sexual assault is a serious problem on college campuses, and it is important that rape victims feel comfortable stepping forward. It saddens us to think that their willingness to do so might be diminished by our failings.

The apology, as well as its decision to republish Columbia's investigation, is the appropriate response to a story that was so badly botched. But by removing the story from the site to erase its disputed allegations (it is still available through Google cache), Rolling Stone has also buried the uncontested reporting on the university's decades-long treatment of victims of sexual violence.

While Jackie's story has been disputed and Rolling Stone's reporting on it discredited, other accounts from victims about how administrators ignored rape and blamed victims were not. But because of Rolling Stone's appetite for a salacious individual story over a more nuanced look at a systemic problem, their stories have been thrown out. Add this to the list of damages caused by the magazine's self-interested approach to an issue that deserved so much more.

The Columbia report provides a thorough accounting of what Erderly, Woods and Dana got wrong at every stage of reporting and editing their story, and rejects Rolling Stone’s defense that its failures were a result of its attempt to be sensitive to “Jackie,” the woman whose alleged gang rape served as the narrative anchor for the 9,000 word piece.

“Rolling Stone’s failure with ‘A Rape on Campus’ need not have happened, even accounting for the magazine’s sensitivity to Jackie’s position,” according to the report. “The editors made judgments about attribution, fact-checking and verification that greatly increased their risks of error but had little or nothing to do with protecting Jackie’s position,” and the failures were “mainly a story about reporting and editing.”

Steve Coll, the dean of Columbia’s School of Journalism and an author of the report, was even more clear during a Monday press conference: “This failure was not the subject or sources' fault.”

By failing to properly report and corroborate the story that anchored the narrative piece, Rolling Stone not only threw Jackie under the bus. It additionally cast a shadow of doubt and blame on the activists and victims also featured in the piece. Rolling Stone may have set out to hold UVA to account, but its carelessness let a powerful university off the hook.

In the Columbia report, Dana called the breakdown of the story an “individual failure” as well as a “procedural” and “institutional failure” in Rolling Stone’s reporting, editing and fact-checking processes. “Every single person at every level of this thing had opportunities to pull the strings a little harder, to question things a little more deeply, and that was not done,” he explained.

But judging from other comments from Dana and Woods, as well as Rolling Stone publisher Jann Wenner, it seems the magazine is still trying to put the blame for its failures on “Jackie."

In much of their telling, Jackie manipulated the process, causing a team of seasoned journalists to abandon their better judgment. And in an interview with the New York Times, Wenner described Jackie as “a really expert fabulist storyteller” and claimed she manipulated the magazine’s process. In an attempt to clarify, Wenner said that he did not blame Jackie for his staff’s many failures, “but obviously there is something here that is untruthful, and something sits at her doorstep.”

Contrary to the magazine’s claims about sensitivity to victims, there is nothing compassionate about bringing a previously anonymous college student into an unforgiving media spotlight and leaving her to fend for herself. And as Maya Dusenbery wrote in December, from the perspective of a feminist and a former fact-checker, it’s an insult to victims and journalists to pretend that sensitive reporting and accuracy are somehow incompatible. But because it has maintained that its failures were a product of its concern for Jackie, and, by extension, all victims, Rolling Stone has perpetuated that lie.

Rolling Stone may have thought it was publishing a story that would hold a powerful university to account, but it just gave more fuel to critics who claim that campus assault is a feminist delusion and not a real problem. And by refusing to accept full responsibility for the failures it made in reporting "A Rape on Campus," the magazine has only further left victims out to dry.