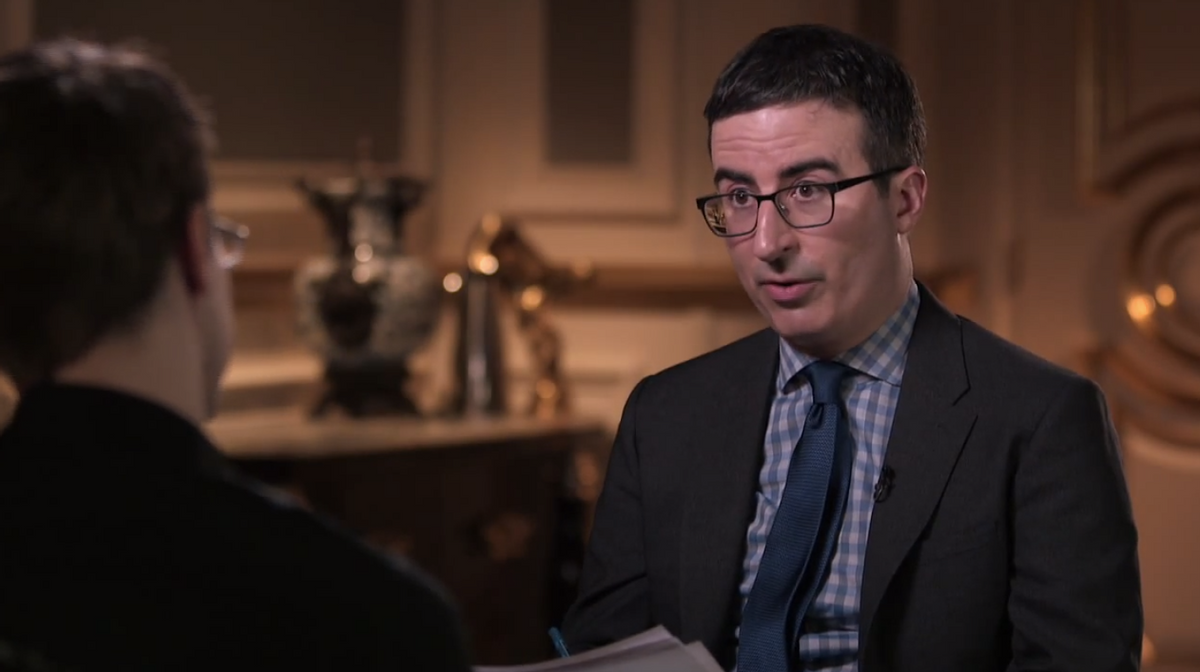 John Oliver traveled all the way to Russia for Sunday's "Last Week Tonight" to interview "the most famous hero and/or traitor in recent American history,” Edward Snowden, making Oliver the first host since Brian Williams to accomplish such a feat.

Right out of the gate, Oliver grilled Snowden with some big questions like, for example, "Do you miss Hot Pockets?" Then, getting down to business, Oliver moved the conversation to surveillance. To prove to Snowden that it's probably safe for him to return home with some anonymity still intact, Oliver played a series of interviews with strangers responding to the question "Who is Edward Snowden?" The verdict: The everyday person still does not have a clue who he is. (He's in charge of WikiLeaks, right?)

Oliver used the umbrella topic of surveillance to discuss something the general public does give a damn about: dick pics! He asked Snowden to revisit the controversy around the NSA passing around nude photos they'd intercepted. “Well, the good news is there’s no program named, ‘the dick pic program,’” Snowden reassured Oliver. “The bad news is, they are still collecting everybody’s information, including your dick pics.”