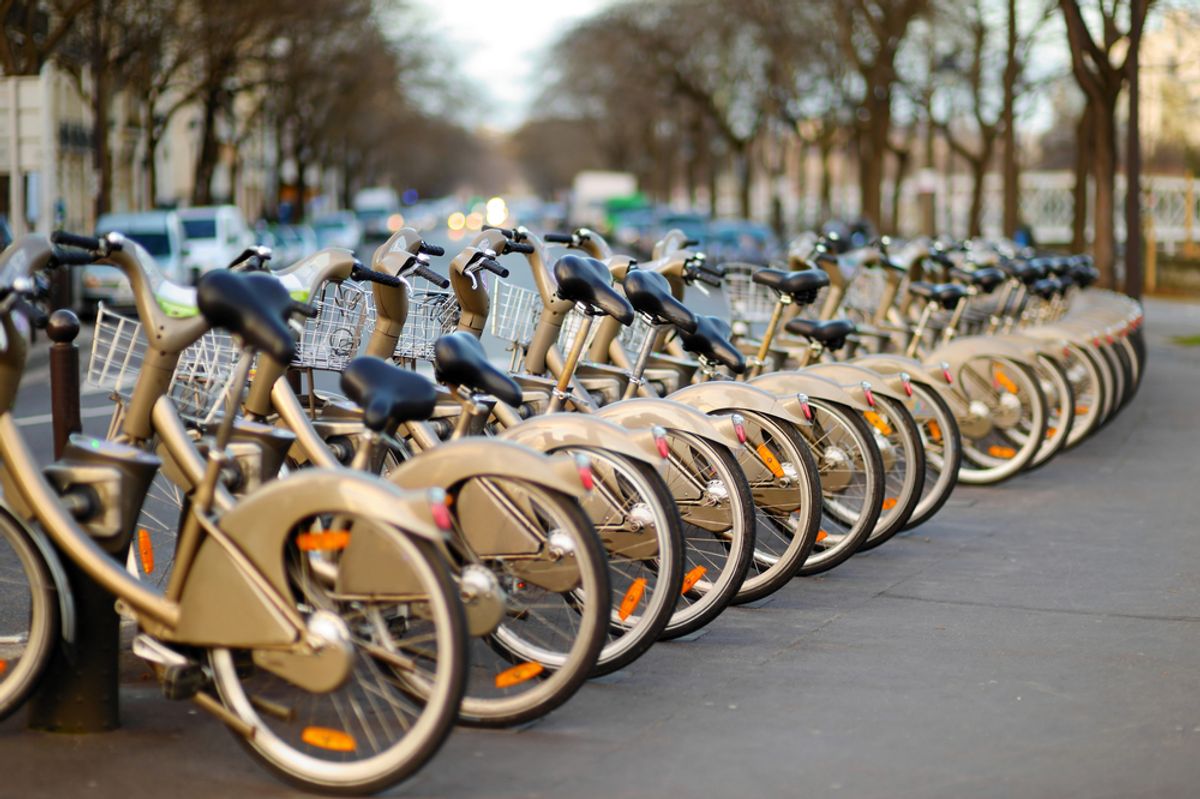 So far, Paris' stop-gap attempts to deal with its episodes of crippling smog have been decidedly car-centric. The city's tried temporarily lowering speed limits. This year and last, it's banned half of all drivers from the road during spikes in air pollution. And a new program will offer drivers up to €10,000 ($11,422) to trade in their diesel cars for electric models.

But a new plan relies less on disincentivizing cars and instead on making a clean, healthy form of transportation more appealing. That's right: Paris wants to become a bike city.

The plan, which will go before the city council next week, is definitely bold: it aims to double Paris' current bike lanes and create 80 kilometers (50 miles) of brand-new routes; create five, barrier-protected bike highways; cut vehicle speed limits down to 30 kilometers (18 miles) per hour; provide financial incentives for purchasing electric bikes; and add 10,000 new bike parking spots, with the ultimate goal of tripling the share of bike trips, from 5 to 15 percent.

Critics are skeptical that Paris is going to become the next Amsterdam in just five years. But there's a lot to like about the city's ambitions, experts told Wired:

Providing a good cyclist experience—so pedaling around the city feels safe and comfortable—is key, says Geoff Anderson, president and CEO of Smart Growth America, a coalition that works against sprawl. More bike lanes should do that, especially the five proposed “highways” that will be almost entirely protected from car traffic, on some of the city’s biggest corridors, including the Champs-Elysées.

It’s also key to build a real transportation network, Anderson says. “Way too many places are just thinking about cycling in terms of individual facilities, rather than as integrated systems” that actually take you from one place to another. Paris seems to get that as well: Along with all the extra lanes, the plan calls for making biking into and out of Paris safer, with traffic calming measures at the busy intersections around the city’s edge. That makes cycling more practical for inhabitants of the largely impoverished suburbs. The 10,000 new parking stations would make the end of any trip easy instead of a pain.

It's the comprehensive nature of the plan, in other words, that makes it likely to work (not to mention the millions backing it up). But if the city comes through, it'll prove that it doesn't take a miracle -- or, say, a $360 million system of elevated bike paths -- to make biking appealing to commuters.