Another GOP presidential hopeful promises disaster for the planet 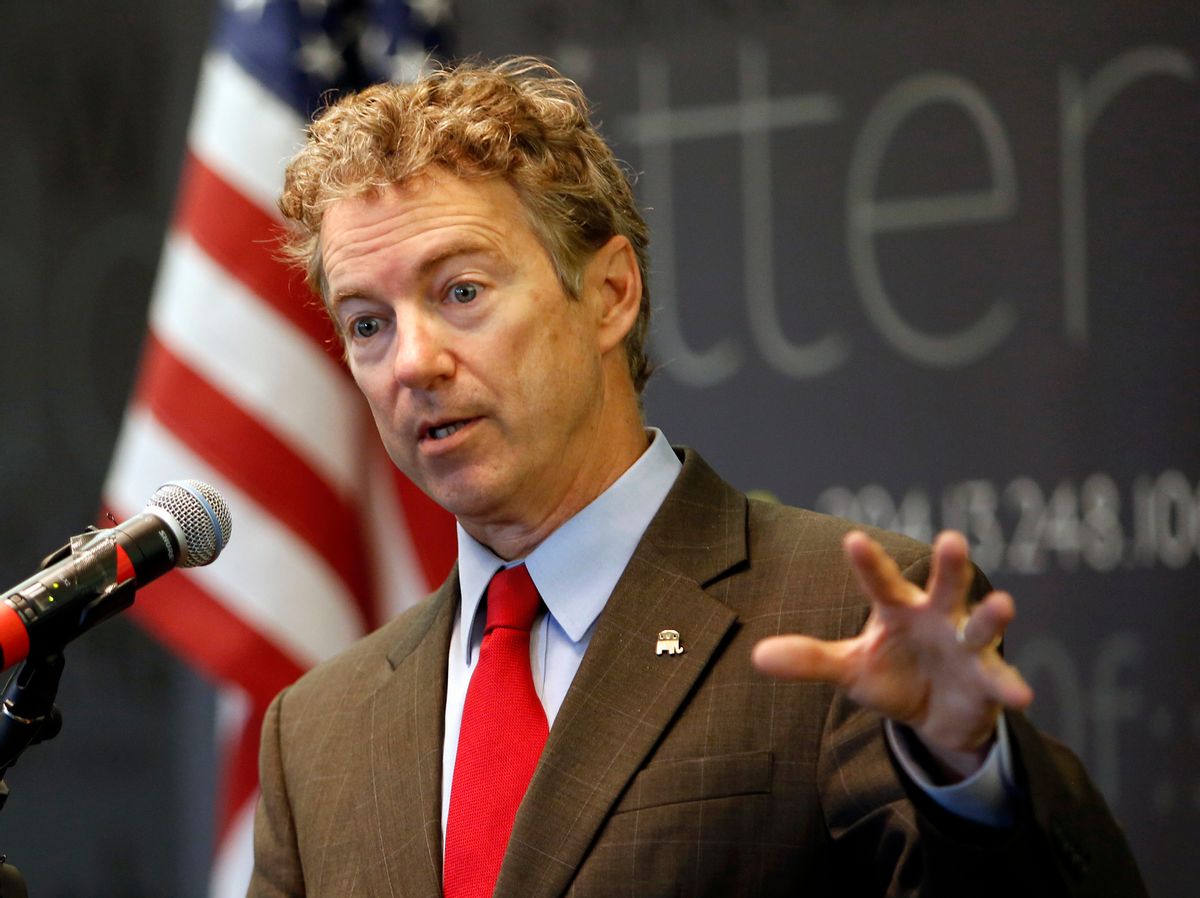 This post has been updated to clarify the nature of Paul's beliefs about pollution.

It would be redundant to say that Rand Paul, as our next official GOP presidential candidate, is a poor choice for anyone interested in avoiding the “severe, pervasive and irreversible” consequences of climate change.

Paul hasn't declared outright war on the environment and climate, the way presidential hopeful Ted Cruz has. His strategy, instead, can perhaps best be described as one of paying no heed to good science while pushing his small government, anti-regulation ideology.

In the end, the outcome's the same: a Paul presidency would be a disaster for the planet.

The furthest Paul's been able to come on climate issues was to officially acknowledge, by voting "yes" on a resolution acknowledging that "human activity contributes to climate change." He fell short, however, by voting "no" on another resolution, put forward that same day, establishing that human activity significantly contributes to climate change (also known as the position of the overwhelming majority of climate scientists.

The scant evidence we have of an actual policy position on climate comes from a November 2014 interview with Bill Maher, in which Paul conceded that he would support the deregulation of some clean energy sources, so long as the solution is "balanced" and you "account for jobs and jobs lost by regulation” -- but, he quickly added, "I don't think that shutting down dramatically one form of energy is a good idea for an economy."

It was not, as Maher told my colleague Elias Isquith, a satisfactory answer. And it was one that only emerged with Maher's prompting -- Paul was dismissive of Hillary Clinton's assertion, last fall, that climate change constitutes “the most consequential, urgent, sweeping collection of challenges we face.”

“For her to be out there saying that the biggest threat to our safety and to our well-being is climate change, I think, goes to the heart of the matter or whether or not she has the wisdom to lead the country, which I think it’s obvious that she doesn’t,” Paul shot back. “I don’t think we really want a commander-in-chief who’s battling climate change instead of terrorism."

It's Paul's judgement, though, that is thrown into question by that statement: it's only the Pentagon, the White House and scores of climate and national security experts, after all, who have warned that climate change is indeed a threat on par with terrorism -- and that it can act as a "threat multiplier," creating conditions like food and water insecurity that can ultimately lead to more terrorism.

In the face of all that, Paul's stating that "we should minimize pollution," while simultaneously slamming "onerous regulations" on greenhouse gas emissions, isn't much to hang the planet's hopes on.

The biggest problem with Paul, though, is that so much of what he says just doesn't make any sense. The "doctor" who fanned the flames of the Ebola outbreak by accusing the Obama administration of "downplaying and underplaying" the risk of it spreading and who justified his opposition to mandatory vaccinations by citing "many tragic cases of walking, talking normal children who wound up with profound mental disorders after vaccines” is no more enlightened on climate science. He is "not sure anybody exactly knows why" the climate is changing. He thinks that since pollution is "actually much better now," there's no pressing need to regulate carbon emissions. And yet he argues that the scientific debate about climate change, about which he clearly knows nothing, shouldn't be "dumbed down" by politics.