Scientology and Elisabeth Moss: What the "Mad Men" star isn't talking about in interviews

"Going Clear" reveals shocking details about the church's practices. Should Moss have to address the controversy? 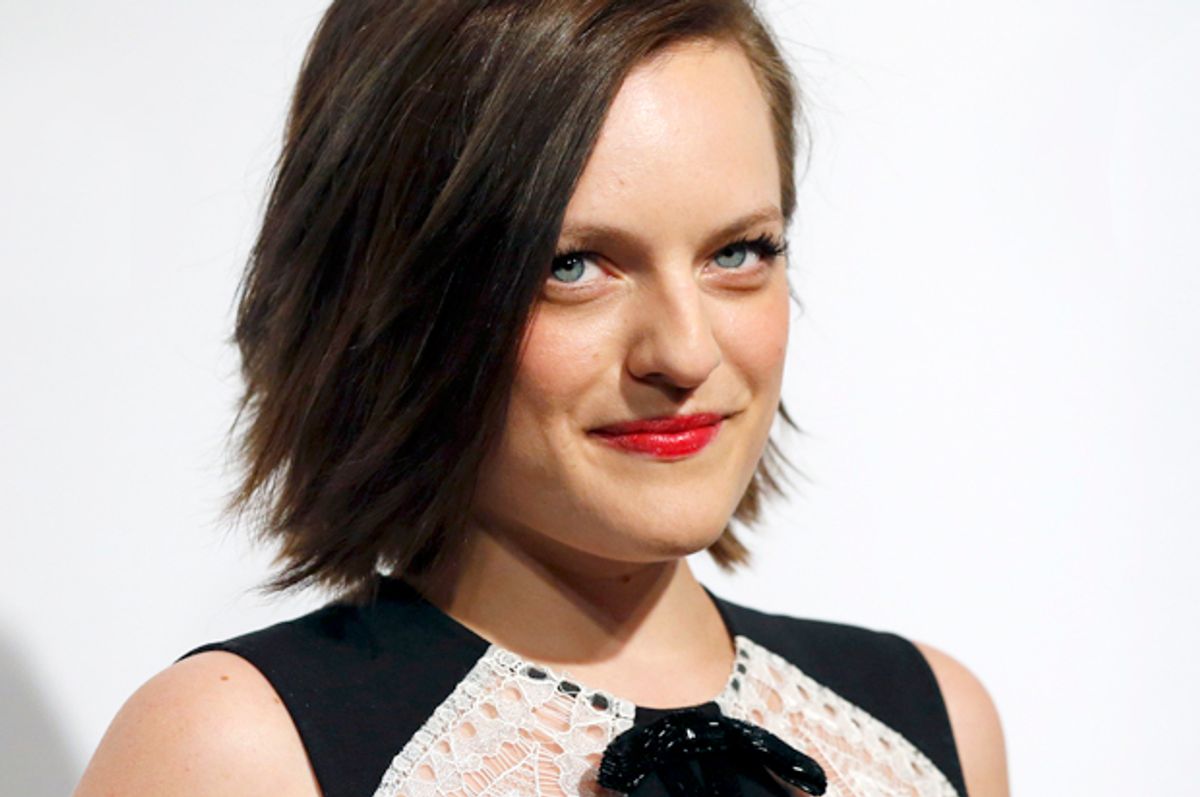 In the wake of “Going Clear” — both Lawrence Wright’s book and Alex Gibney’s HBO documentary adaptation — the media has subjected the Church of Scientology to a wave of intense scrutiny. Dozens of publications have reviewed the film, run interviews with Wright, Gibney and prominent ex-Scientologists, and written searing takedowns of the organization as well as holding its celebrity members, like Tom Cruise and John Travolta, to account.

The renewed focus on Scientology has serendipitously coincided with the press frenzy surrounding the final season of "Mad Men," one of whose most beloved characters is played by Elisabeth Moss, a prominent celebrity Scientologist. Yet the actress behind Peggy Olson has remained remarkably untarnished by the public outcry in the wake of "Going Clear's" debut on HBO. Recent interviews in the Huffington Post, the Wall Street Journal, the New York Daily News, Vulture, Reuters and Deadline -- all places that extensively covered "Going Clear" -- have largely omitted any reference to her affiliation with an organization that we know perpetuates human rights abuses, silences dissenters, rips apart families, and relies on high-profile celebrity figureheads to keep bringing new adherents into the fold.

Is it a journalist’s duty to ask prominent Scientologists about their affiliation with the church? Certainly there’s the argument that a celebrity’s personal life shouldn’t interfere with an appreciation for his or her work, and one can see why a journalist might not want a meticulous discussion of Matthew Weiner’s brilliant televisual work of art to be polluted by ugly questions about an actress’s personal life. As a reporter, you’re always judging context, trying to suss the appropriate time and manner in which to ask about a controversial topic. There's obviously a difference between a five-minute phone interview and a profile that involves many hours of interviews; maybe a quick Q&A at a "Mad Men" press junket isn’t the appropriate time to bring this sort of thing up. (Although, if not then — when? A celebrity is always promoting one specific project or another.) Publicists do sometimes ask journalists to avoid certain topics in interviews — and that may be what’s happening here — but if questions about Scientology are being actively suppressed, shouldn’t that at least be mentioned? Considering the major cultural impact of “Going Clear,” it would certainly be worth it to know if the topic was on the table or not.

Still, it seems like it would be in the public's interest, and that it could serve a public good, to at least ask Moss about the outcry over the controversial revelations in "Going Clear" -- particularly considering her central role in the cultural discourse right now. We know that Scientology relies heavily on its celebrity members to bolster the image of the church and to spread its word to others. The silence of celebrities like Tom Cruise, like John Travolta, like Elisabeth Moss, is what allows the church to continue to perpetuate abuses unchecked.

As Lawrence Wright explained in his interview with Salon, “The reason I single out Tom Cruise and other celebrities is that they have a moral responsibility to demand change inside their church — which is committing abuses and they know about it, it’s not a secret. But they’re the ones who have been selling Scientology and are responsible for people coming into the church. Some of those people have been harmed and I think it’s on them to demand change.”

For some more insight, we called up Tony Ortega, a journalist who has written extensively about Scientology and runs the Underground Bunker blog. He agrees with Wright that staying silent makes celebrities complicit in Scientology's crimes. "Tom Cruise may not be personally splitting apart families or imprisoning executives, but he represents a group that does," says Ortega. "If Tom Cruise tomorrow came out publicly and expressed how unhappy he was with the abuses in Scientology, that would shake the organization to its core... [Celebrities] have the power to fundamentally alter the organization, no question. Tom Cruise in particular, but also people like Elisabeth Moss. Leah Remini's defection is still having major repercussions in that organization."

By the same token, he isn't worried about the notion that these sorts of questions intrude on celebrities' beliefs. "I wouldn't be interested in asking her about the beliefs, I want to ask her about the practices, the controversies and the abuses," says Ortega. "How does Elisabeth Moss reconcile that with the flowery things she's said about Scientology? That's a completely legitimate question."

Not all journalists have steered clear of the issue. Moss was asked about "Going Clear" in an interview posted yesterday with SiriusXM's Sam Roberts. He even prefaced his question to Moss with a disarming disclaimer, but Moss doesn't bite:

Sam Roberts: I watched the documentary about Scientology on HBO and I think it’s kinda shitty, because I feel like, I think what’s done to Scientology and what’s done to religions in general — you can take any religion and paint it however you want to. I just feel like Scientology, being the newest religion, people kind of feel like they have carte blanche over creating myths about it. Did you see it? Do you have any opinions?

Elisabeth Moss: I haven’t seen it. I can’t say that I disagree with what you said, you know, actually I think that’s pretty smart. I don’t have any comment or anything to say about it.

Roberts: You just do you, right?

Willa Paskin’s profile of Moss back in New York magazine — a lengthier profile than some of the "Mad Men" interviews, sure — demonstrates that journalists can ask difficult questions without torpedoing the vibe of an interview. Moss -- who, for the record, has publicly praised the church in the past, as well as claiming that it is "grossly misunderstood by the media" -- also demurred when Paskin asked her about it, saying, “I said what it meant to me, and anyone can go and look at that if they want to know what I feel. But now it’s private, off limits." But in the wake of the abuses documented in "Going Clear," "I don't want to talk about it" doesn't seem like such a defensible position for celebrities who have ever advocated for Scientology, in the same way that it's not a viable position for other public figures who support abusive causes.

So where are the Scientology questions? I suspect that likability plays a major role here (as it always does when we’re confronted with beloved celebrities doing unflattering things). In a piece for Salon last year, Daniel D'Addario explores the conundrum of what you do when a celebrity you like belongs to an organization you hate, acknowledging that it's no wonder, given the public derision that Scientologists face, that "cool celebrities," like Elisabeth Moss, "aren’t jumping on any talk-show couches in order to express their fealty to the teachings of L. Ron Hubbard."

At this point it’s impossible to read an article about Tom Cruise or John Travolta, or even Beck, without the Scientology connection at least being mentioned. So why does Moss get a free pass? Certainly much of it comes from the fact that, unlike "Hollywood's creepy uncle" John Travolta or accepted loony Tom Cruise, Moss is cool. We like her, and we love “Mad Men” — we’d rather remember her as the unstoppable Peggy Olson than as an adherent of an organization that silences critics and abuses its clergy (among many other evils). But to ignore the connection completely? That seems like a remarkable act of cognitive dissonance.