"Ultrahazardous and abnormally dangerous": Maryland's fighting to keep out the frackers 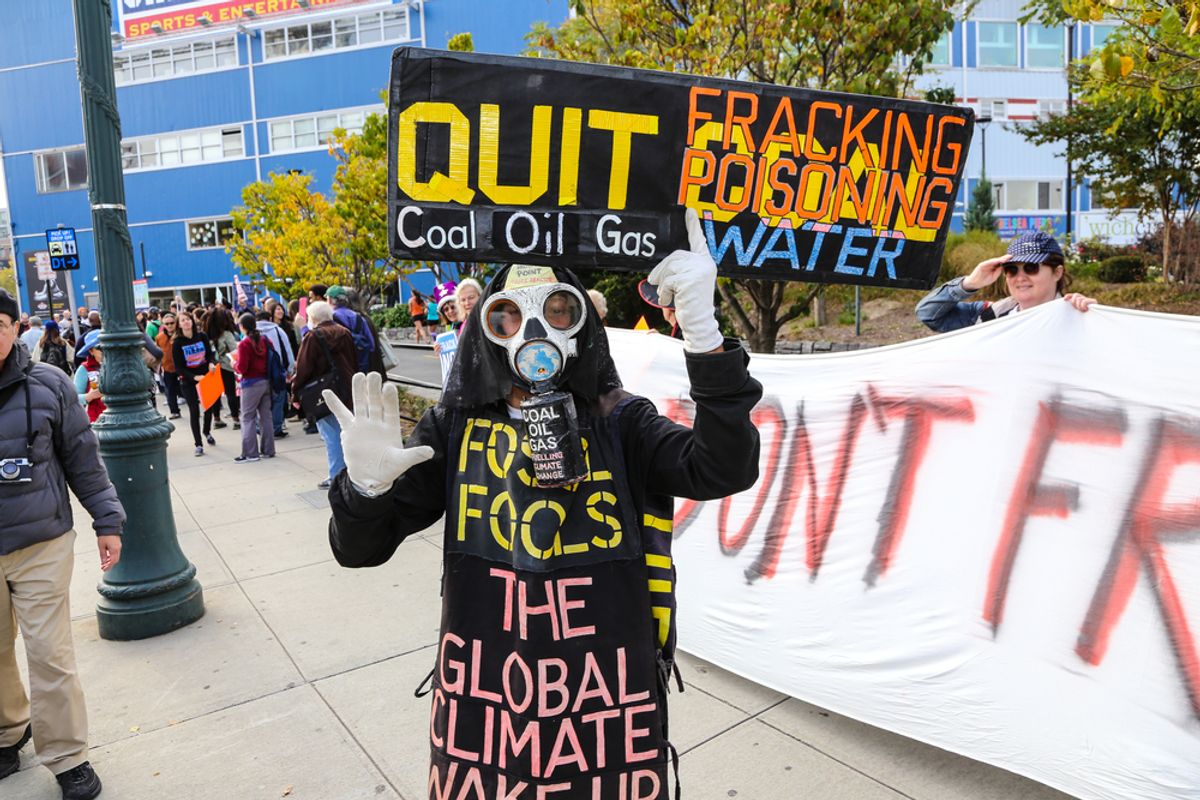 Maryland legislators are in the middle of a fierce debate over just just how hard they want to make it for frackers to operate within the state -- and may just end up keeping them out altogether.

The state Senate voted 45-2 Monday evening to impose a two and a half-year moratorium on any fracking activity. The move came less than two weeks after they passed a different bill that would designate the unconventional drilling method as an “ultrahazardous and abnormally dangerous activity” and hold frackers financially liable for any health or environmental consequences -- a de facto ban, in the minds of some.

Yet environmentalists are disappointed, because the Senate was initially considering an 8-year moratorium, and because its latest action is less aggressive than a bill the House of Delegates passed at the end of March, which would hold off prospective frackers for three years and require the creation of a panel of 10 independent health, science and engineering experts to determine whether fracking can be done without jeopardizing the environment or public health.

It's important to note that Maryland hasn't actually allowed any fracking within its borders, as of yet. Former Gov. Martin O'Malley, a Democrat, put a hold on all drilling until the state could fully study its potential impacts: his administration concluded that fracking is definitely risky, but that it "can be managed to an acceptable level." Before leaving office, O'Malley came out with a set of stringent rules -- governing air, water and noise pollution -- that he called the "gold standard" for letting in the industry while managing the risks.

Maryland's new governor, Republican Larry Hogan, meanwhile, has voiced support for the "economic gold mine” of opportunity for the state's two frackable counties (yes, there are only two). He said he'd consider any legislation that lands on his desk, but has yet to indicate whether he supports any of the recent bills.

Rep. Wendell Beitzel, who represents one of the counties with actual fracking prospects, adamantly opposed the House bill -- but told InsideClimateNews that, new legislation or not, Maryland's not likely to get fracked anytime soon. "It's pretty clear [energy companies] recognize that Maryland's not a good place to do business," he said.

Not to mention, Columbia native Edward Norton is siding with the anti-frackers. This battle may have already been won.