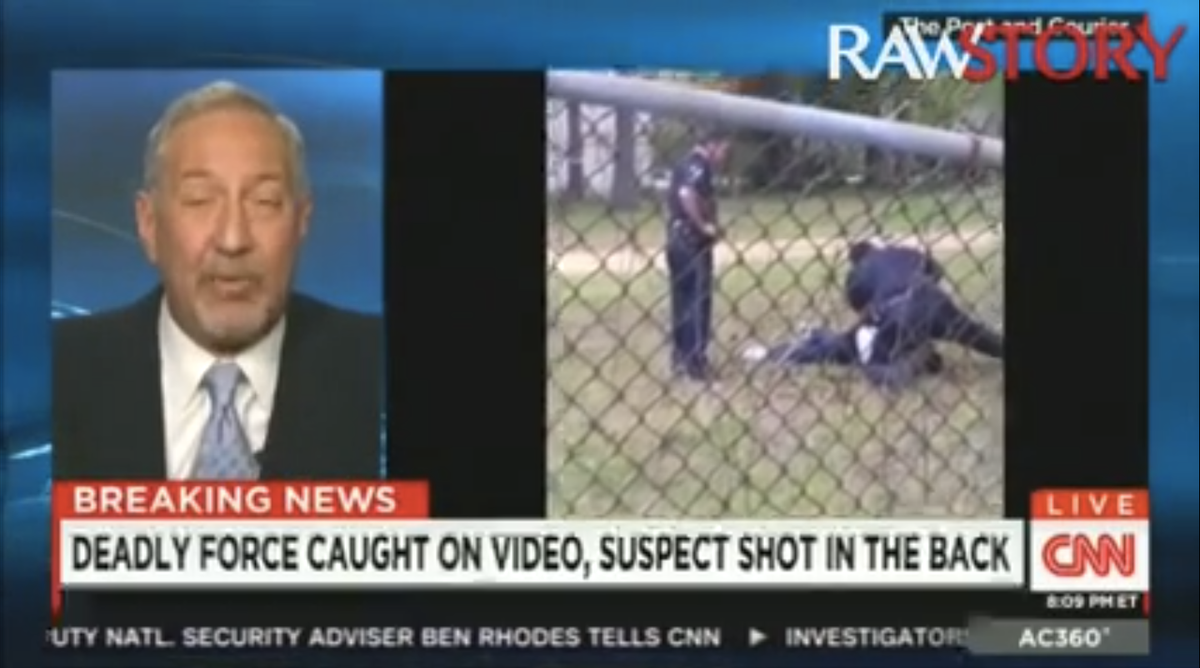 On Tuesday evening's edition of AC360, a panel of guests argued over whether or not there was an "epidemic" of cop killings in various communities across the country. After video footage surfaced of Charleston, S.C. Officer Michael Slager shooting Walter L. Scott in the back, Slager was charged with murder. This same sort of thing goes on all the time across the country without those consequences, argued defense attorney Mark Geragos on the show -- we are only paying attention now because there is video evidence.

"The police always come up with the same thing. It's like a standard script that they teach at police university 101: always say there is a threat, always say that he reached for your gun, and then say he wrestled for your gun," said Geragos. "This is an epidemic in the various communities of the U.S. and unless somebody sees it with their own eyes, this is what's so crazy about it, they will not believe that this is possible."

Retired NYPD Detective Harry Houck denied that there was such an epidemic: "These are very few incidents for the millions and millions of police officers that interact with people every day, alright? This is not epidemic proportions," he said.

"I understand you're a cop and you've got your position," Geragos responded. "I could tick off a hundred examples in the last two years. The only reason you've got to fess up at this point is because there's a video tape."

"You know, my father was a prosecutor for many years [and] used to say, there's more guys in state prison for broken tail lights than any other offense," he continued. "Broken tail light means go hassle somebody of color."