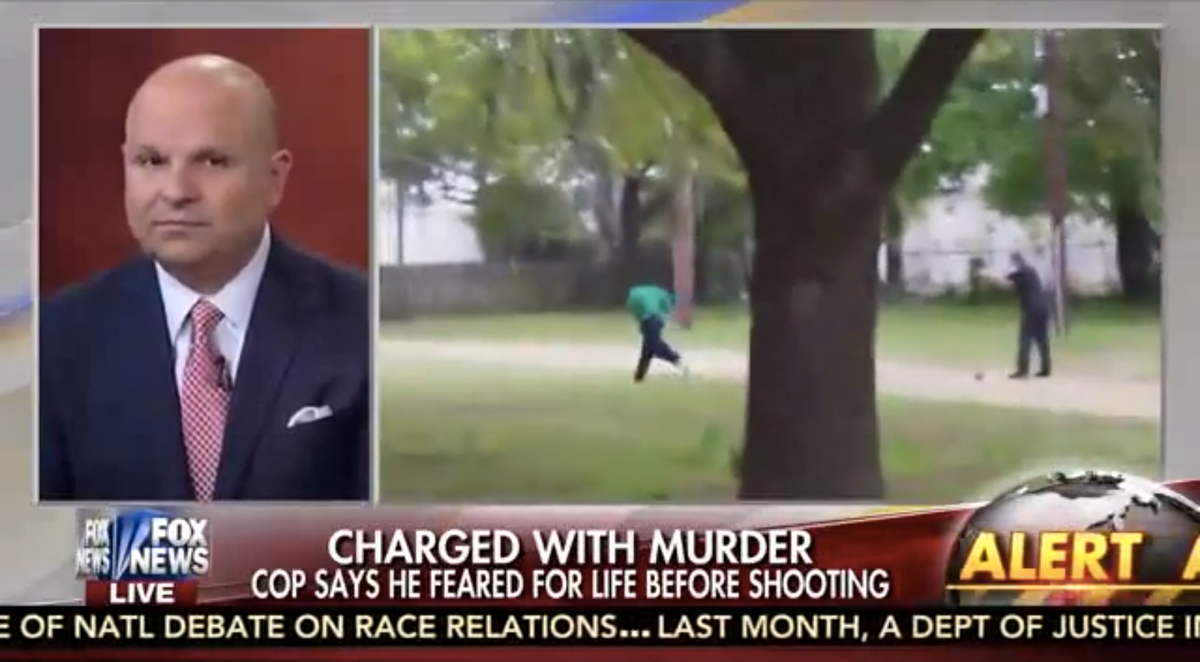 On Wednesday morning, "Fox & Friends" invited legal analyst Arthur Aidala onto the show to discuss the death of Walter Scott at the hands of Officer Michael Slager in North Charleston, S.C. In a recently surfaced video of the shooting, some have suggested that Slager can be seen planting a taser on the victim, to corroborate the story that Scott had been threatening him.

"When I was in the DA's office in the '80s and '90s, that was standard operating procedure," he said. "Police officers -- I hate to say this -- would keep a second gun that nobody knew about on their ankle, so if they ever killed someone they shouldn't have they would take that gun out..."

"That was before the iPhone and that would not be allowed," said Brian Kilmeade. "Let me just ask you this...is this going to present a challenge if you're representing the cop, the fact that he never helps the guy. He cuffed him, he walked away. The other cop comes and is helping him, trying to revive him--"

"Let's face it, there's going to be no sympathy for this police officer," Aidala replies.