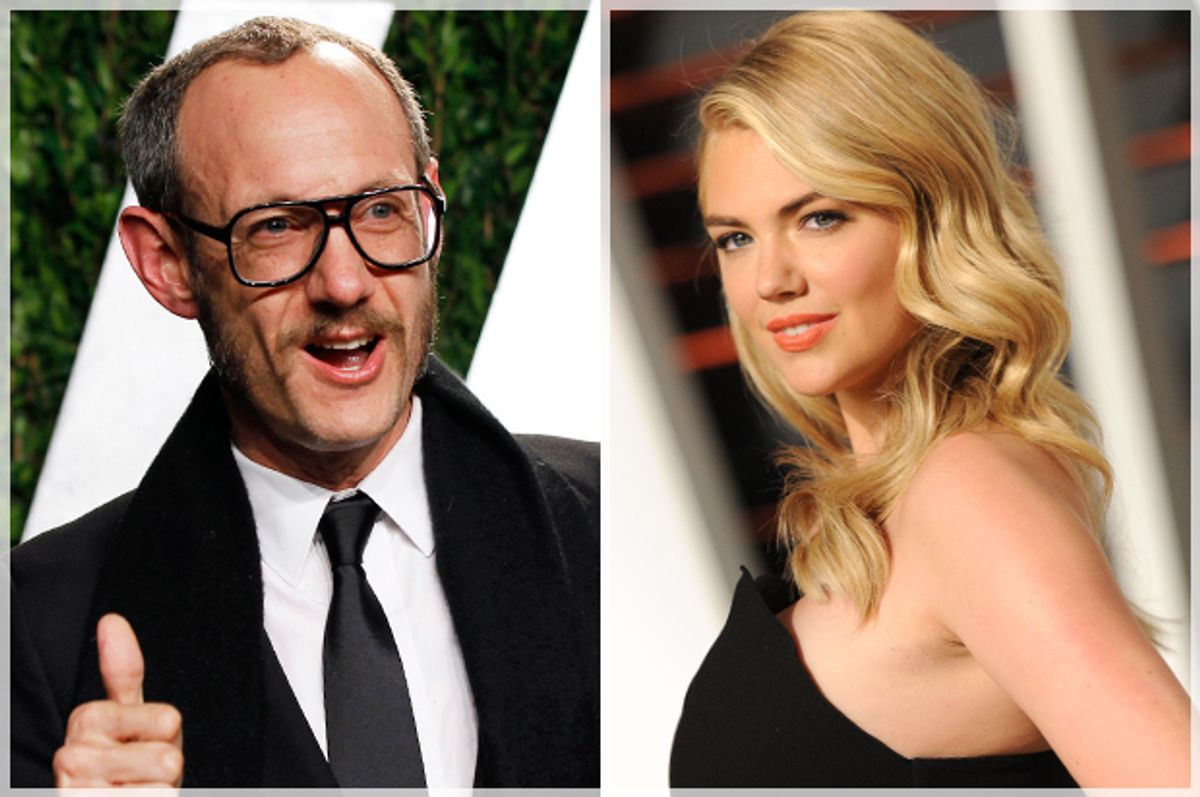 Kate Upton's fame might have been cemented by the now-infamous "Cat Daddy" video photographer Terry Richardson posted of her online in 2012, but it seems the model never intended for millions and millions of people to watch her dance in a bikini. In fact, the clip might just be another example of Richardson's alleged sexual exploitation, and another sign that the photographer is gross.

In a new interview with Vogue UK, Upton claims Richardson uploaded the video -- which depicts the then-19-year-old model shaking her hips in a red bathing suit -- to YouTube without her consent, when she believed the minute-long clip had been shot for fun. The star says she was "horrified" to see the video go viral (it eventually reached over 22 million views), and that she stood up to Richardson despite the notoriety it gave her.

"I was like, 'That was disrespectful, you could have told me!,'" Upton said. "Now, obviously, it's fine."

Upton's claims are not the first charges of Richardson acting in inappropriate and manipulative ways with models; the photographer has been accused multiple times of sexually harassing his subjects. But has that stopped prominent media outlets from working with him? Not really, no.