“We look up to you”: The immigrant who shot the horrific Walter Scott video is the conscience of America

Feidin Santana says he almost erased the police-shooting video because he feared for his life. We should be ashamed 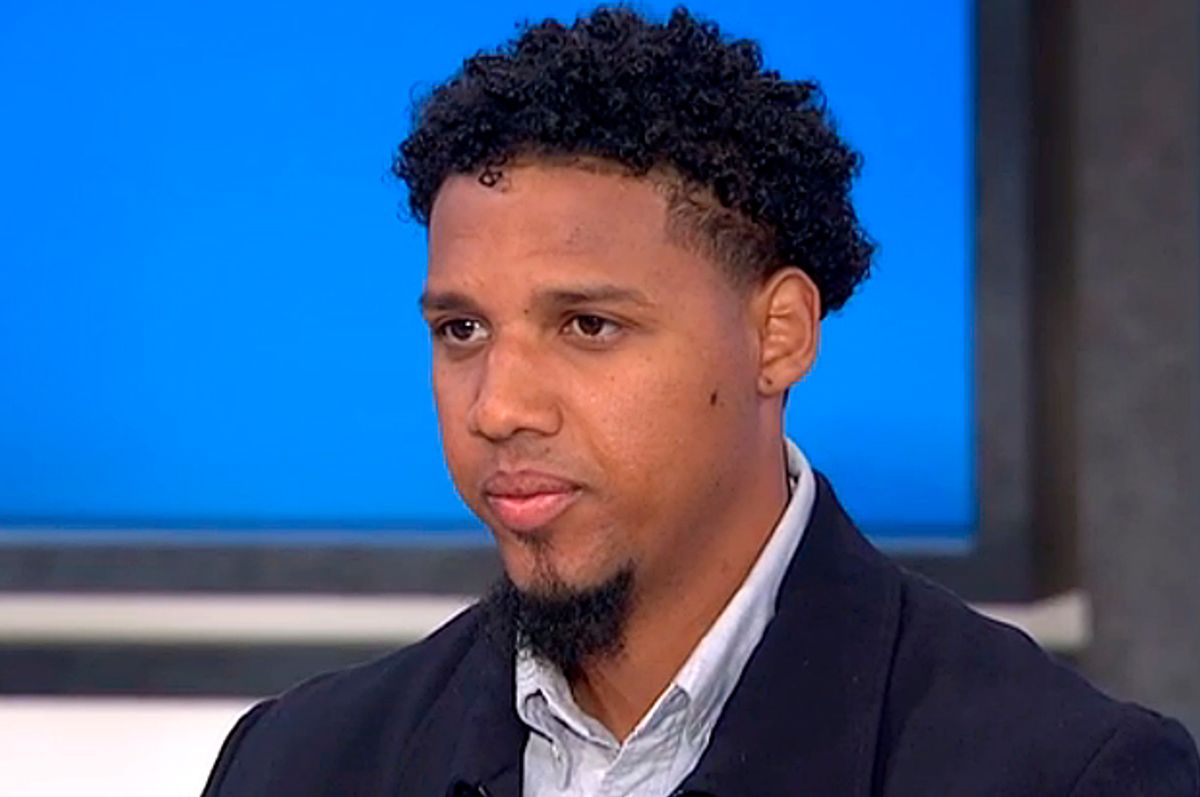 Craig Melvin’s interview Wednesday night with Feidin Santana, the 23-year-old immigrant who shot the video of North Charleston officer Michael Slager murdering Walter Scott, was almost as stomach-turning as the video itself. First reported on MSNBC’s “All in with Chris Hayes,” the interview features Santana explaining that he “thought about erasing the video” recorded via cell phone on his way to work, because “I felt like my life with this information would be in danger.”

You can watch the whole interview here. Please do. It’s worth it.

North Charleston officials are being praised for the speed with which they charged Slager with murder, the same day the video became public. They didn’t merely suspend the officer, with or without pay, or convene a grand jury. They charged him with murder and put him in jail.

But we shouldn’t go too far with gratitude for that swift, appropriate action. From Saturday until the video surfaced Tuesday, Scott’s killing was being portrayed by city officials as simply what Slager said it was: a case of an officer facing down a violent black man, afraid for his life. The video showed us that story was the opposite of the truth. We see Slager appear to plant a weapon on Scott’s dead or dying body to “prove” he was attacked.

Authorities in North Charleston had no choice but to charge Slager, and we betray our collective PTSD, when it comes to police killings of unarmed black men, to feel relief and gratitude, as I did, when officials do the right thing.

On the other hand, I feel real gratitude for the courage of Feidin Santana, who recorded Slager’s confrontation with Scott through to its bloody end. The young immigrant from the Dominican Republic explained that he didn’t reveal that he had shot the video right away. Then he read the police report, which peddled Slager’s story about Scott posing a threat, and “it wasn’t like that, the way they are saying.” Santana went public with the video, appalled at seeing police “taking advantage of their power,” he told Melvin. “I’m still scared,” Santana told NBC’s Matt Lauer on the Today show Thursday morning.

Oh, by the way, the police report also claimed officers gave first aid and performed CPR on Scott. In fact, other officers responded to the shooting, and none did anything to help. Slager handcuffed him after he went down, then planted evidence. As in the case of 12-year-old Tamir Rice of Cleveland, police can’t even be bothered to try to save the lives of black men and boys they shoot without reason. It’s sickening.

At one time, having a rival superpower helped keep the U.S. on the path of justice. After World War II, fear of both communism and fascism led to a bipartisan consensus that shared prosperity and a broad middle class was the best protection against totalitarianism. The modern civil rights movement drew energy from President Kennedy’s irritation at the way the Soviet Union used our appalling racial caste system against us in the global fight for influence, especially in the developing world.

Maybe when Feidin Santana says of Dominicans (like the citizens of so many nations), that “we look for the alternative of the United States, we follow you,” it might motivate better American behavior, if we were afraid other nations had somewhere else to look for moral leadership. As it is, it’s a sad indictment that makes a terrible story even worse.