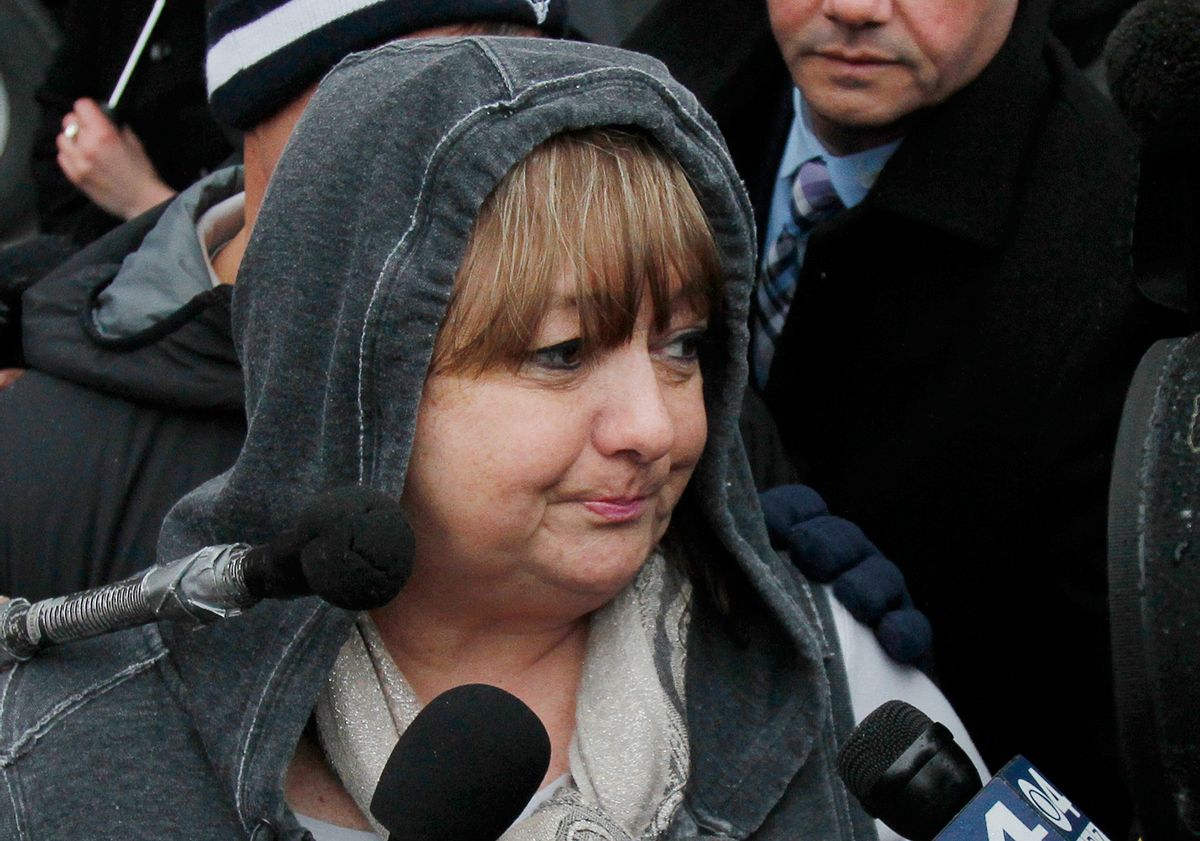 Liz Norden, who had two sons lose legs in the Boston Marathon bombing, speaks outside federal court, Wednesday, April 8, 2015, in Boston where Dzhokhar Tsarnaev was convicted on multiple charges in the 2013 Boston Marathon bombing. Three people were killed and more than 260 were injured when twin pressure-cooker bombs exploded near the finish line. (AP Photo/Bill Sikes) (AP)
--

Feidin Santana tells NBC News that he was walking to work when he came upon the officer who fired eight shots at the back of an unarmed black man as he ran away.

2. JURY CONVICTS TSARNAEV ON ALL CHARGES IN BOSTON BOMBING

The defense strategy will be to try to save the defendant's life in the upcoming penalty phase by arguing he fell under his older brother's evil influence.

An officer, taking the stand in a criminal trial, says police in Baltimore have used the technology — which the Obama administration has aggressively tried to keep secret — thousands of times.

In an interview with the AP, the GOP presidential hopeful will not say where, in his view, a pregnant woman's rights begin and those of the fetus end.

Heavy clashes continue in the beleaguered camp as the extremists look to establish a presence in Damascus.

6. WHERE US SEES CHANCE TO EXPAND ITS INFLUENCE

The Obama administration believes there's a potential political and economic void in the Caribbean left by Venezuela's scaled-back oil diplomacy.

The principal scourge is tuberculosis, which spreads prodigiously in jails and develops into hard-to-treat forms unless properly addressed.

8. WHY SHORT PEOPLE HAVE MORE RISK OF HEART DISEASE

9. NOT YOUR TYPICAL TEEN

10. WHO'S BLAZING TRAIL IN NFL

Sarah Thomas, who in 2007 became the first woman to officiate college games, has been hired as the pro league's first full-time female game official.