A handful of goldfish have multiplied to thousands, putting an entire ecosystem at risk 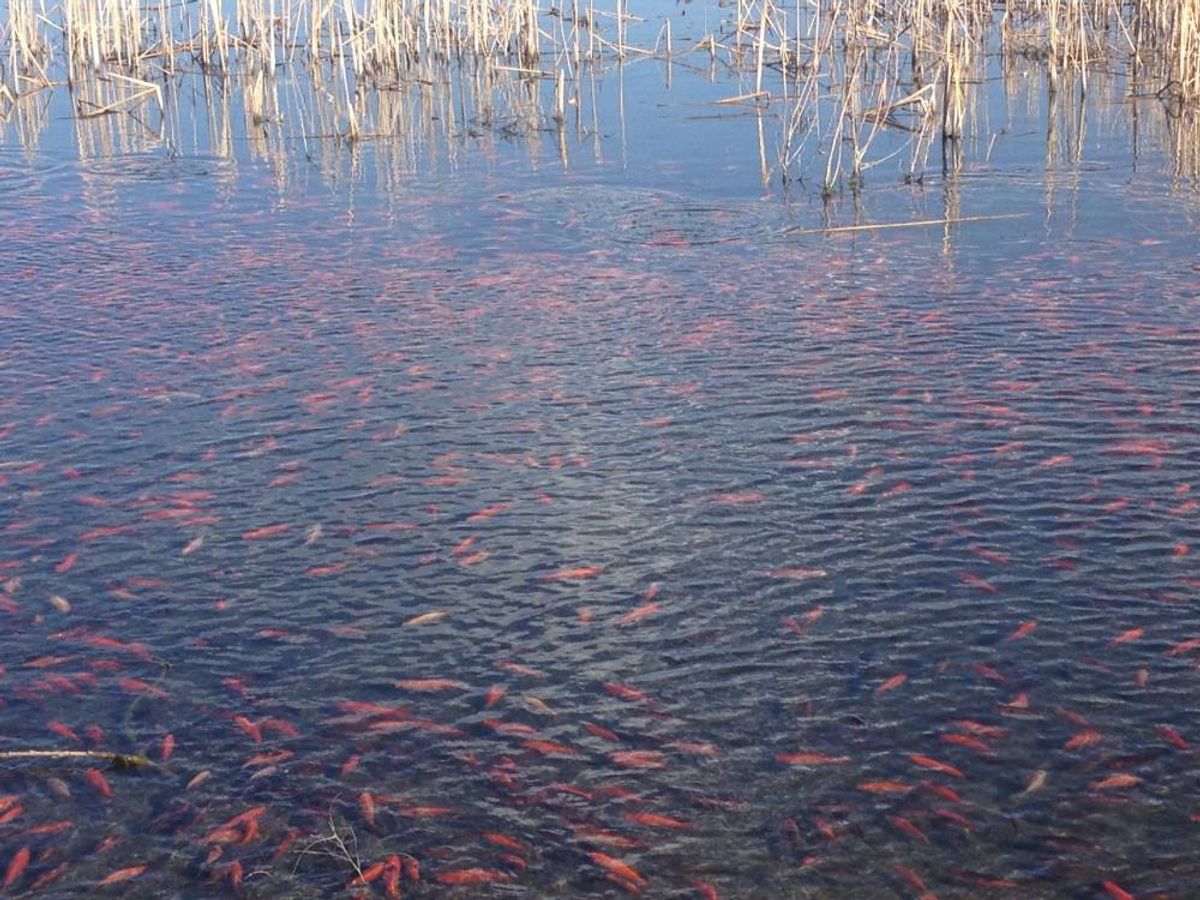 This is why you should never, ever set your pet goldfish free.

Colorado Parks and Wildlife (CPW) officials are on the lookout for a person who may have illegally dumped goldfish into Boulder's Teller Lake #5 -- because there are now anywhere from 3,000 to 4,000 of them, and they have, for all intents and purposes, taken over the lake.

"Most people don't realize the far-reaching effects of introducing exotic species to the environment," Ken Kehmeier, senior aquatic biologist for CPW, said in a statement.

"Nonnative species can be devastating to native populations by causing disease outbreaks and creating competition unbalance. It's an issue that anyone concerned with our environment should know about."

The current goldfish invasion is so bad, CPW spokeswoman Jennifer Churchill told ABC News, that the agency needs to figure out how to remove them. It's not going to be easy: the strategies currently being floated are either to drain the lake, or to use electrofishing, which involves stunning the fish with electricity.

The shocks won't kill them, but once removed, ABC News reports, the fish will probably be fed to raptors at a local rehabilitation center.