Jon Stewart demolishes Rolling Stone: "If nobody has the guts to do it, I'll fire them!" 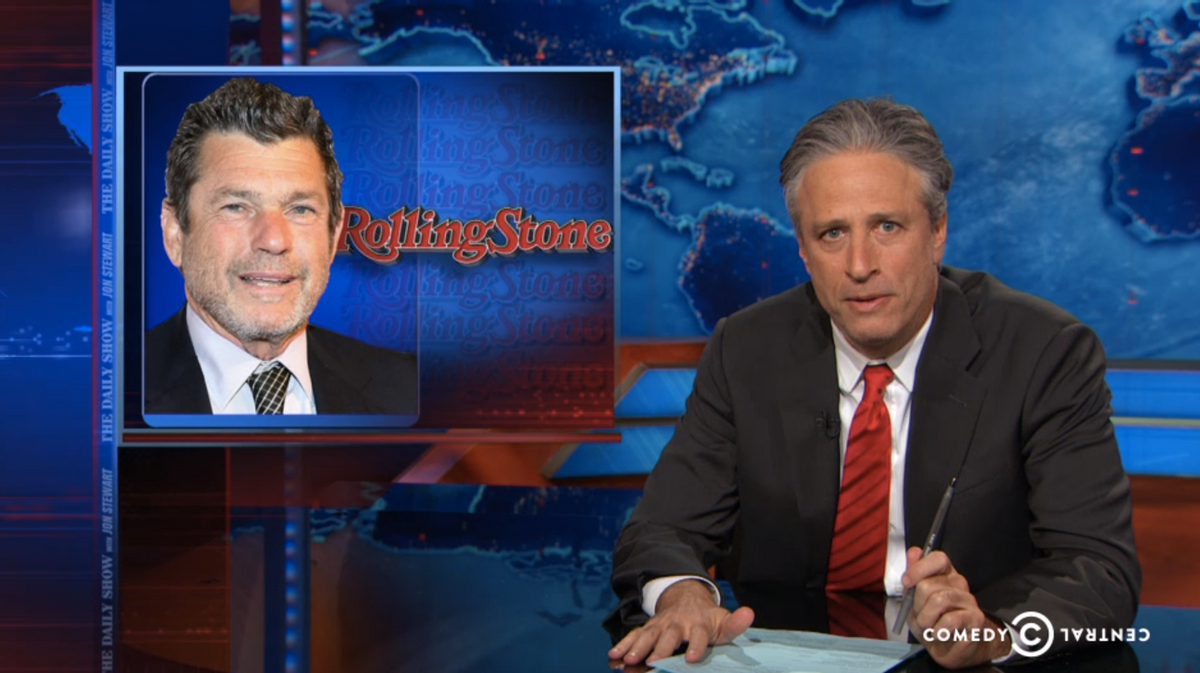 Rolling Stone magazine will not be punishing those staff members involved in the shoddy report on campus rape at the University of Virginia. Jon Stewart joined in the chorus of outrage on Wednesday's "Daily Show."

"That's right," Stewart led into the segment. "Rolling Stone, the magazine that gave five stars to the new U2 album may not be the most reliable source in the world."

Stewart then mocked publisher Jann Wenner for going on record saying that she'd refuse to fire Sabrina Rubin Erderly and that "the Columbia report was sufficient punishment for the magazine."

“What the f*ck? That’s not how this works,” Stewart said. “If nobody else has the guts to do it, I’ll fire them. I’m making a citizen’s firing. Pack up your desks and give me the number of security there. How can there be no consequences for an error of this magnitude?”