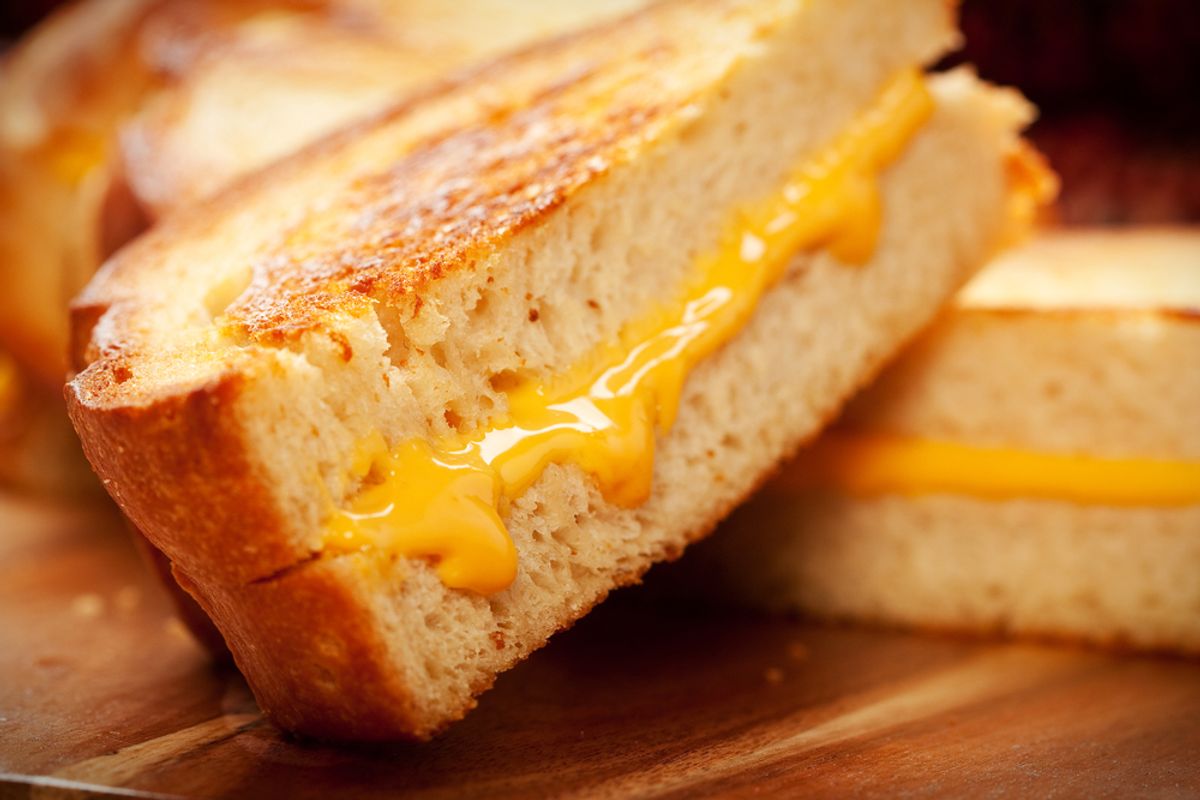 Perhaps the most important survey results of our time were released last week, and unfortunately the Internet has been a little late to catch up. According to a very scientific poll by the good people of Skout, the social networking and dating site, people who love grilled cheese have more sex than people who don't. They're also a bit more charitable, perhaps because eating grilled cheese puts them in a good and giving mood!

Skout's poll of 4,600 Americans found that 86 percent of adults said they "love" grilled cheese, which (surprisingly?) has implications for their sex lives. Nearly three-quarters of grilled cheese lovers reported having sex at least once a month, compared to 63 percent for non-lovers of the sandwich; 32 percent of the former group had sex six times or more in a month, compared to 27 percent of the latter group. Whether the act of making another grilled cheese lover a sandwich increased one's chances of having sex remains, sadly, unable to be seen from the survey results.

Additionally, an overwhelming majority of people who love grilled cheese also said they were involved in charitable causes, with 81 percent saying they had donated time, money or food (of course) to individuals in need. They also showed a greater love of travel than non-grilled cheese lovers, and considered themselves to be more adventurous.

The survey also breaks down people's favorite kinds of cheese and sandwich preparation, which is about as important as the findings about sex. Forty-one percent of people said they prefer American on their grilled cheese, with cheddar coming in second (33 percent). (Only 2 percent of respondents favored brie, which likely indicates a sampling error.)

Read more about the results at the Skout blog.