Wondering how to discover the porn-star double of "this girl I know"? This encyclopedic hive mind will find her 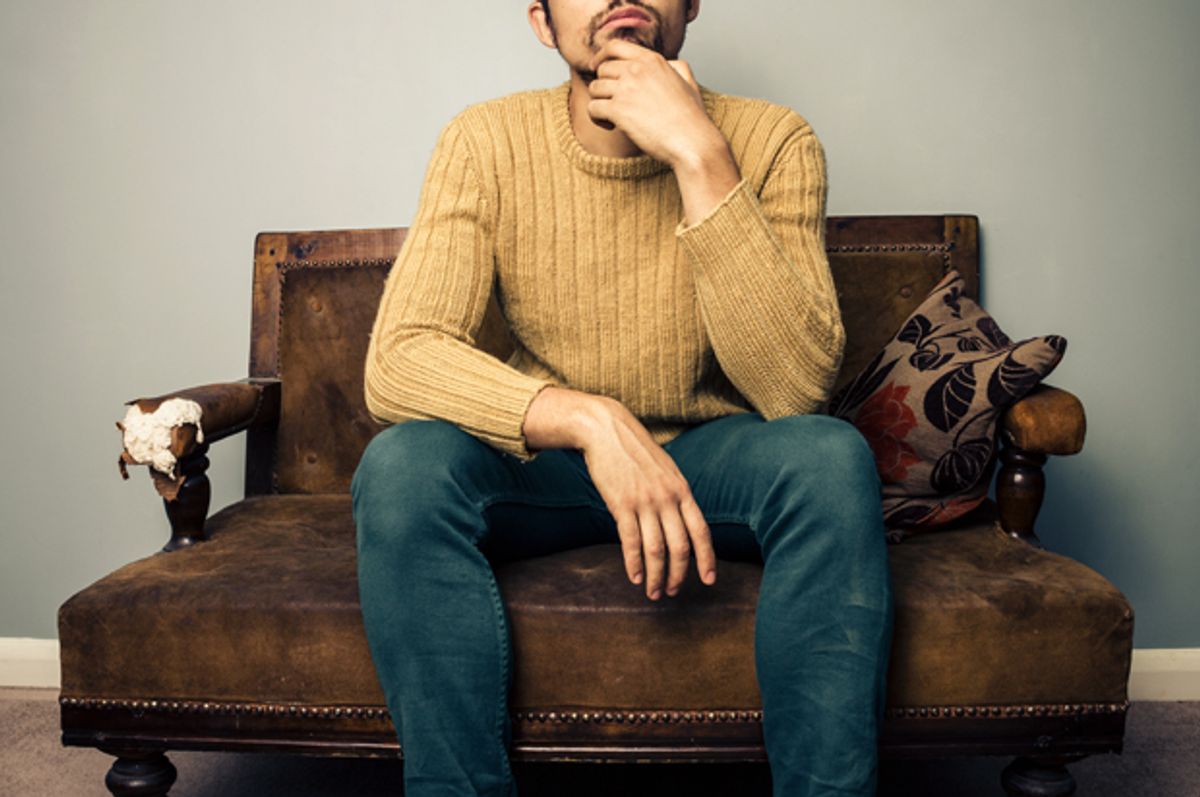 Now, this isn’t an entirely lawless enterprise. The mods warn, “Do not submit pictures for the purpose of identifying someone, if you need to know the name of a particular porn star, try /r/tipofmypenis.” Which is just a hilarious sentence that could exist only on Reddit. They also advise, somewhat surprisingly, “Please be aware of how someone might feel about finding their picture here. Yes, I am trying to guilt you as the results of which are usually unpleasant.” One has to wonder if the mods are referring to unpleasantness on the part of the woman whose photos are plastered on DoppelBangHer or the poster once he's found out -- which has happened before. They also technically do not allow “insulting comments” in response to the original posts, but they occasionally slide by. In response to a photo of a young blond woman, a guy writes, “Reminds me of http://i.imgur.com/0UZayaZ.jpg.” The photo links to an image of the “Terminator” robot.

At the same time, one starts to get the sense that women are interchangeable. Not easily, mind you, but with the encyclopedic porn knowledge of DoppelBangHer aficionados, definitely. The attention to detail is remarkable. Take, for example, a comment like this one: “She's got Riley Reid's eyes and eyebrows but smile not so much.” That’s right, they match down to the smiles. This might be a more exhausting task if the original girl in questions were nude, but thankfully they have only the face and clothed figure to consider. Otherwise, can you imagine the scrutiny of areolae and pubic hair? Sometimes, commenters follow up with requests for additional photos -- you know, just to make sure they find the appropriate match.

There is something somewhat contradictory about the requests. On the one hand, they are highly personal and tender, even. When a guy posted a photo of his ”crush from college” and received the none-too-flattering response, “Octomom?” he replied, “I can provide more pictures if needed.” I thought, “Poor guy. He’s trying to redeem his crush on Reddit!” On the other hand, the request itself takes something of a “million fish in the sea” perspective. The “this girl” mentality at once obsesses over a particular girl’s sex appeal all the while remaining confident that somewhere there exists a perfect X-rated replacement, the bad girl version of their dream woman.

There are co-workers, ex-girlfriends, neighbors, teachers and, most popular of all, college classmates. Perhaps most tragically, some of the posters share photos of women with whom they are actually friends. One guy posted of a photo of his best friend since elementary school and got the response: "Being friends since elementary you shouldn't go about jerking your dick to her this way why do you grow a pair and tell her you like her." It can be a tough crowd. But for the most part, it's a supportive community of men who share an enthusiasm for both pretty women and "Jeopardy"-level porn trivia. It gives them a certain kind of alternative mastery over sex -- something far short of, you know, actually sharing intimacy with the women whose photos they post, but it's something.