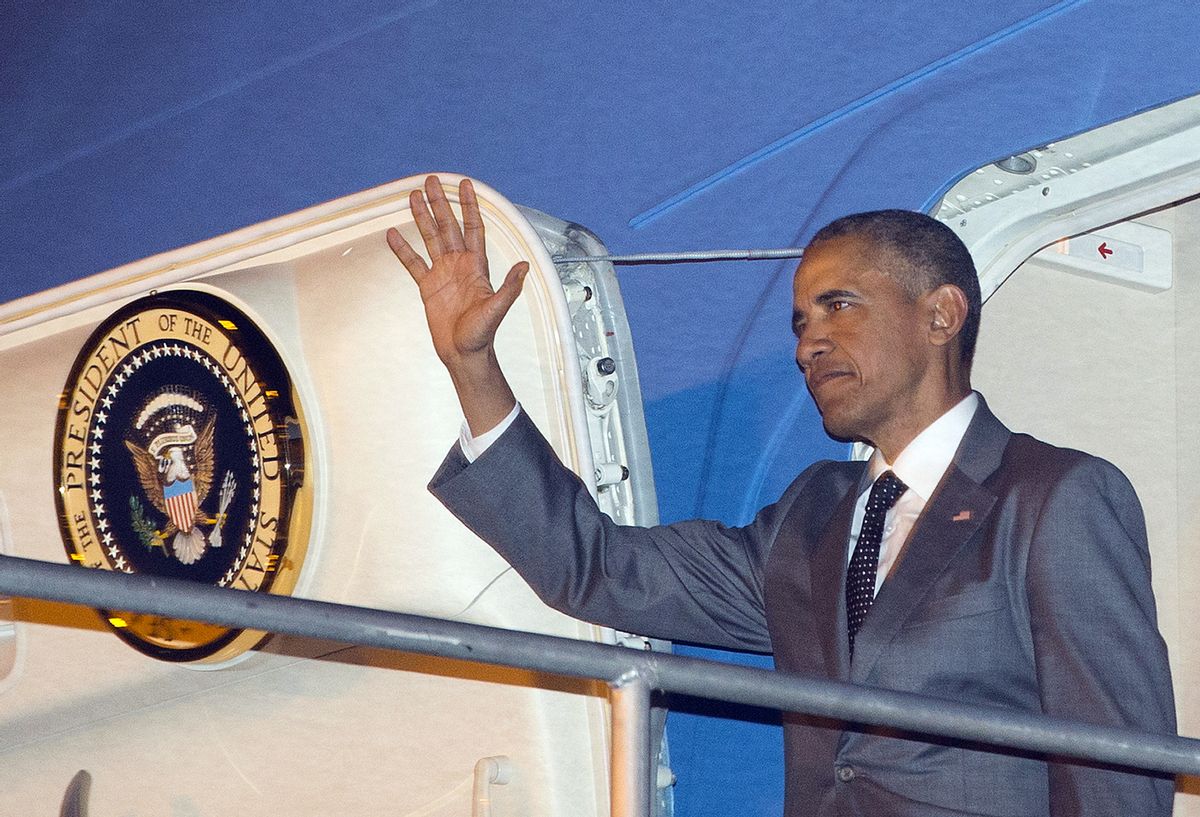 Obama and Raul Castro are expected to meet at a summit in Panama, marking a historic moment for two countries seeking to restore ties they abandoned decades ago.

2. PAKISTANI LAWMAKERS VOTE TO STAY OUT OF YEMEN CONFLICT

Pakistan's parliament instead adopts a resolution calling on the warring parties to resolve the conflict through peaceful dialogue.

3. 'I'VE NEVER SEEN ANYTHING LIKE IT IN MY LIFE'

A large tornado hits the tiny northern Illinois town of Fairdale, killing one person, injuring seven and sweeping homes off their foundations.

As the population grew and crime went up, police were given a mandate to more aggressively fight crime in the South Carolina city, a blitz that upset many black residents.

A man kidnaps a woman, shoots and kills a Census Bureau guard and leads police on a car chase through Maryland and Washington before he's cornered and wounded.

From Beijing to Paris to San Francisco, the Apple Watch makes its debut with customers invited to try them on in stores and order them online.

An AP Investigation finds hundreds of intruders have hopped fences, slipped past guardhouses, crashed their cars through gates at the nation's busiest airports.

8. HOW RECYCLED SOAP CAN SAVE LIVES

A nonprofit gathers half-used bars of soap from hotels and refashions them into new bars for developing countries, where better hygiene can be life-saving.

9. WHAT THE STAR OF 'MAD MEN' WAS ACCUSED OF

Jon Hamm took part in a violent college hazing in 1990 at the University of Texas that led to criminal charges and the frat disbanding, according to court and school records.

10. WHO IS BREAKING OUT AT GOLF'S FIRST MAJOR

Jordan Spieth flirts with the major championship scoring record at the Masters, shooting an 8-under 64 and taking a three-shot lead heading into the second round.