The city is attempting to limit sex workers' ability to advertise in windows, but not without a fight 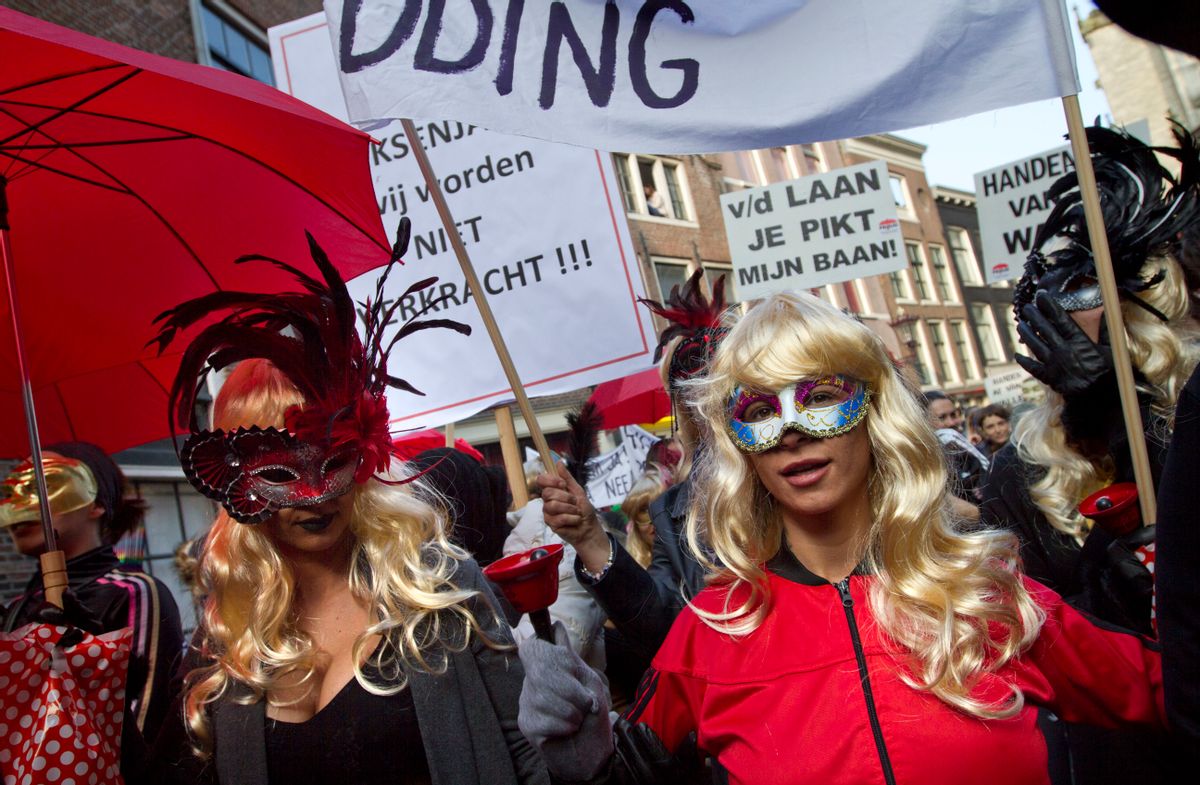 Hundreds of sex workers and their supporters flooded the streets of Amsterdam on Thursday to protest the city's efforts to curtail advertising for prostitution and "clean up" its infamous Red Light District. The municipality has shown no intentions of ending legal sex work, but officials have introduced plans to shutter the district windows where workers famously and tantalizingly promote their services.

Via the Associated Press:

About 200 people — prostitutes and their supporters who wore masks to protect their identities — marched through the Red Light District carrying red umbrellas and banners including one that read: "Don't save us, save our windows!"

The prostitutes took their noisy but peaceful protest all the way into city hall, where they presented a petition to Mayor Eberhard van der Laan and told him that the closures are depriving them of safe places to work. [...]

Amsterdam municipality is involved in a long-term initiative to reinvigorate the historic network of canal-side streets and narrow alleys in part by reducing the number of brothel windows. Some 115 of the 500 windows have been closed in recent years.

While the city has promised no additional windows will be shut down, sex workers and their allies are demanding more: They want the windows that have already been closed reopened. And it seems like they're dedicated to negotiating that end only, for the long haul.