Elizabeth Warren explains to Jon Stewart just how broken the system is: "The rich and the powerful do better and better" 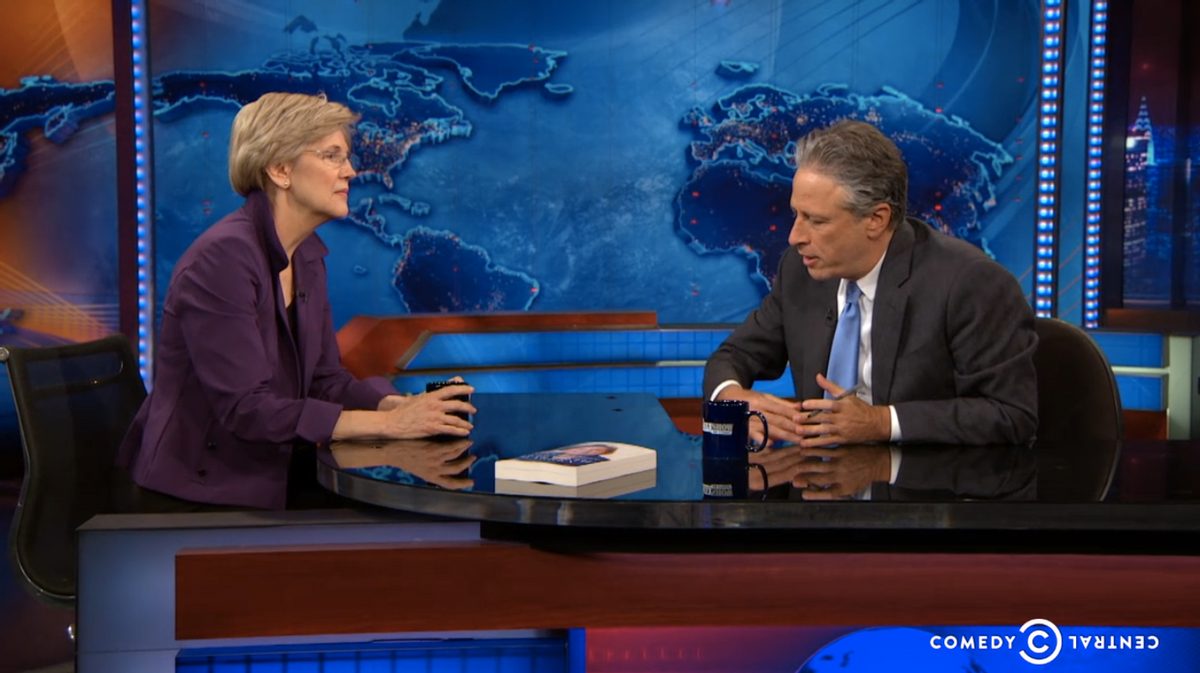 Sen. Elizabeth Warren (D-MA) is running ... on time! No, the Democratic powerhouse is still adamantly rejecting her presidential "draft," but she did show up right on time to "The Daily Show," Stewart joked, and with some compelling discussion points on the wealthy, no less.

Warren told Stewart that the "rich and the powerful" are running everything in Washington these days -- to the point, even, that everyone has stopped noticing all the corruption. It's just the norm.

“The problem we’ve got is that there is so much money flowing into Washington, so much power (and) so many lobbyists, that it becomes the norm,” she said. “I want to say it this way: The wind only blows from one direction – it only blows from the direction of those who have money.”

Watch the clip(s) below: