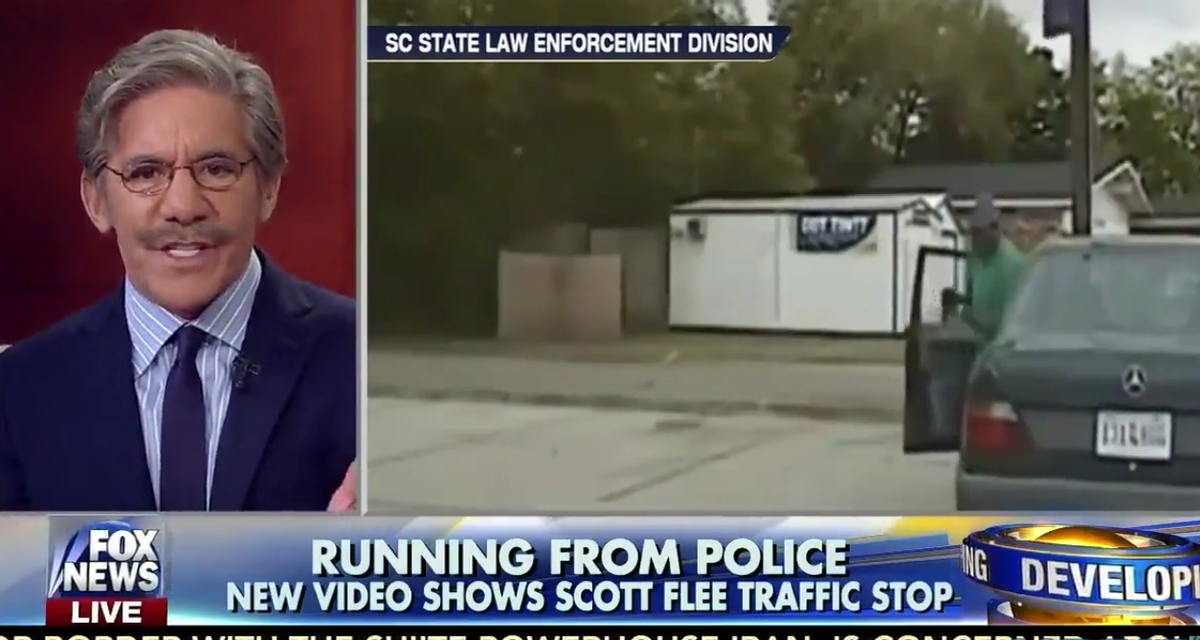 North Charleston officials have released a dashcam video which details the moments before Officer Michael Slager shot and killed Walter Scott. Missing from that footage: the struggle between Scott and Slager -- as well as the actual shooting that followed.

Fox's Geraldo Rivera joined the Fox & Friends team this morning and said that he was glad that the video was released because it provided much-needed context for the murder. However, not even those conducting the Fox & Friends round-table seemed prepared for Rivera's take-away: "It started as a righteous traffic stop," he said, before then explaining that Scott was "acting very hinky" and "very edgy."

"[Officer Slager] has done everything professional and now he’s had this, this civilian has dared to physically have this altercation with the officer," he continued. "Put that in the officer’s head now. I think it saves him from the murder rap."

Rivera said that he didn't want to talk "statistics," but rather "perception" when asked about the killing in relation to racially-targeted police brutality. "There is definitely a perception in this country among minority families, particularly African-American, that too many young black men are being killed in encounters with cops unnecessarily. You've got to start with that feeling."

Watch the clip via TPM below: