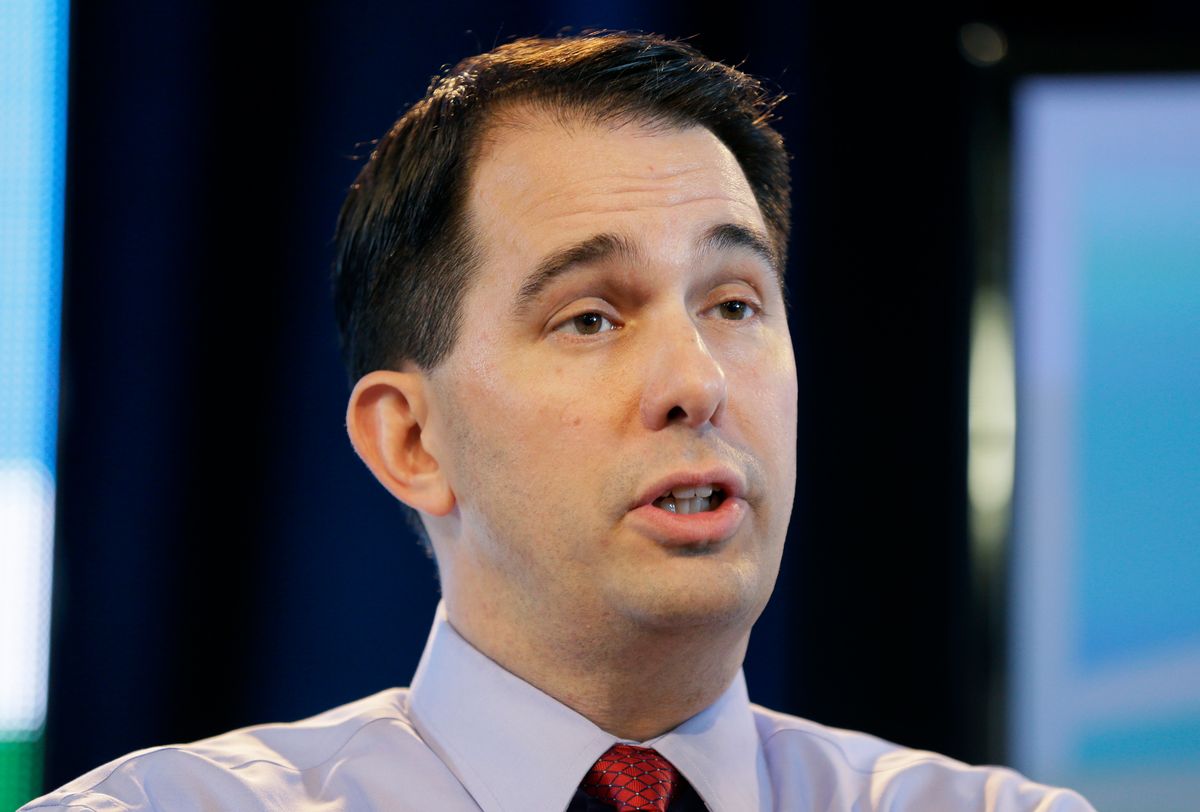 It should not come as a surprise that Wisconsin Gov. Scott Walker (R), whose state's been in the news after the staff of state agency was banned from discussing climate change, and who himself is basically owned by the Koch brothers, would appoint a climate denier to the state Public Service Commission -- especially when the state Public Service Commission is tasked with overseeing issues related to utilities.

But man, does his appointee, Mike Huebsch, have some weird ideas about climate change.

Speaking at his confirmation hearing Tuesday, the Wisconsin Radio Network reports, Huebsch told members of the Senate Committee on Natural Resources and Energy that "humans can have an impact to climate change, but I don’t think it’s anywhere near the level of impact of just the natural progression of our planet."

“You know, the elimination of essentially every automobile would be offset by one volcano exploding," he elaborated. "You have to recognize the multiple factors that go into climate change.”

Acknowledging that human actions have consequences is the technically on which ALEC is attempting to stake its claim that it doesn't deny climate change. But the vast majority of scientists agree that human activity is a main driver of climate change, so pretending that greenhouse gas emissions are just one small factor is still out of keeping with the science.

And claiming that one volcano can have more of an impact that all of our automobile emissions is just plain ridiculous.

As the Huffington Post's Kate Sheppard points out, all of the world's volcanoes together emit only 0.13 to 0.44 gigatons of greenhouse gases each year. All of human activity, on the other hand, generates about 35 gigatons of emissions. In the U.S., cars and trucks are responsible for a full fifth of our total emissions, which are some of the highest in the world.

Now, if the Yellowstone supervolcano were to explode, maybe you could argue that it would have a greater impact on the planet than human emissions. By blocking the sun's rays, it could even end up cooling the planet. But experts say that's extremely unlikely to happen in our lifetimes -- which is good news, because it would cause a lot more problems than it would solve.

In the meantime, Huebsch doesn't know what he's talking about, and his words reflect poorly on Walker, who's so far done a good job of avoiding saying whether or not he accepts the scientific consensus on climate change. Want to hazard a guess on how he really feels?