Ted Cruz: Gay community is waging a "jihad" against people of faith 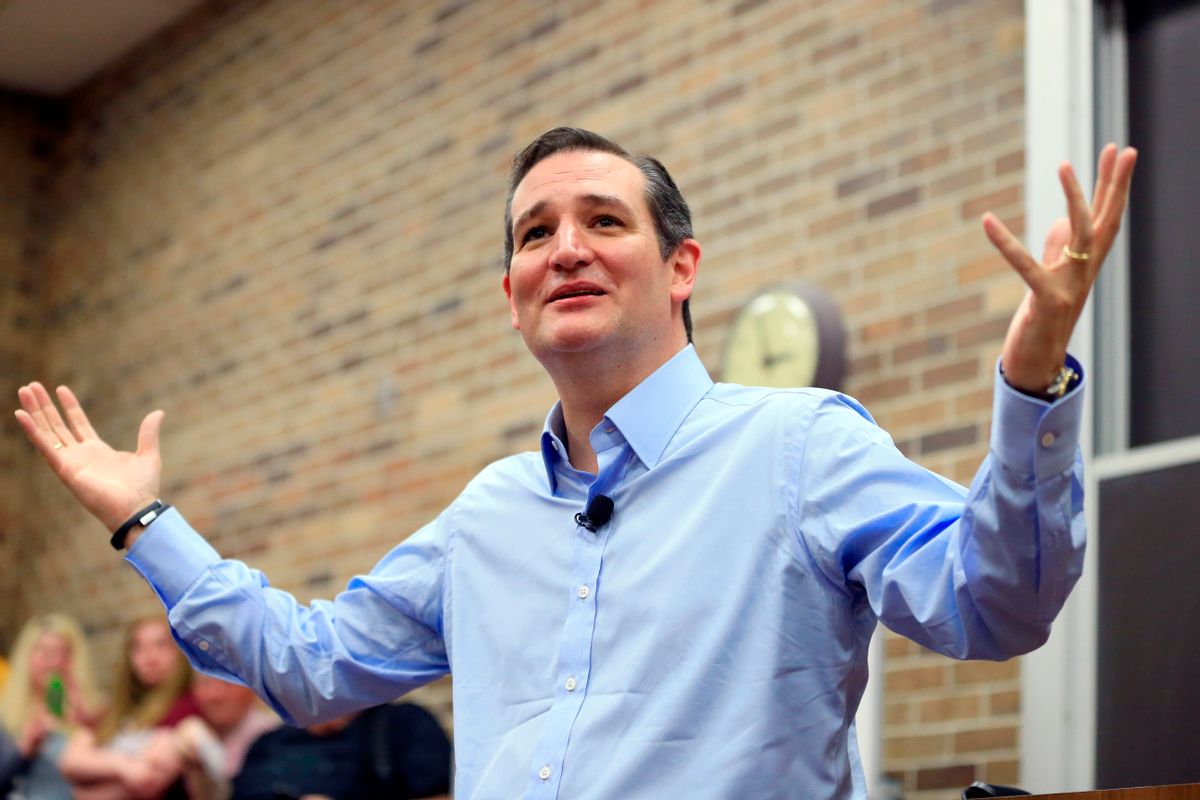 Ted Cruz has officially had his hat in the ring for the 2016 GOP presidential nomination for less than three weeks, and no, his campaign has not ended yet. But perhaps it should, given that the Texas senator seems to think he can get elected by unflinchingly demonizing the LGBT community. It's an interesting strategy.

At a presidential candidate forum in Iowa on Thursday, Cruz doubled down on his support for controversial "religious freedom" laws in states such as Indiana and Arkansas, from which other potential GOP nominees Jeb Bush and Rand Paul have already attempted to distance themselves. The laws are widely considered to sanction discrimination, particularly against LGBT individuals, but Cruz seems to think that's just fine -- because the gay community has launched a "jihad" against christians.

Flanked by former Republican presidential candidate Mike Huckabee, the GOP hopeful told a crowd of homeschooling activists to beware "the jihad that is being waged right now in Indiana and Arkansas, going after people of faith who respect the biblical teaching that marriage is the union of one man and one woman."

"We need to bring people together," Cruz said, adding that Republicans and Democrats used to be in agreement about religious liberty and, he implies, condoning discrimination. "This election needs to be about bringing together that consensus again, and that’s got to come from the people."

As Mediaite's Matt Wilstein points out, that is probably not going to happen on this particular issue:

When it comes to the issue of same-sex marriage and discrimination against the LGBT community, the “consensus” is on the other side. A Wall Street Journal/NBC News poll released last month showed that a record 59% of Americans support same-sex marriage. And it is quite likely that the Supreme Court will make gay marriage legal nationwide in the coming months.

Comparing gay rights activists to Muslim extremists might play well at a meeting of the Network of Iowa Christian Home Educators and could even help Cruz win some key Republican primaries. But does he really think that this type of talk is going to lead to him becoming president of the United States?