A bad omen for 2016: Why Bill Kristol's attack on Hillary Clinton should worry Democrats

Hillary Clinton has only started running, but the press is bored already 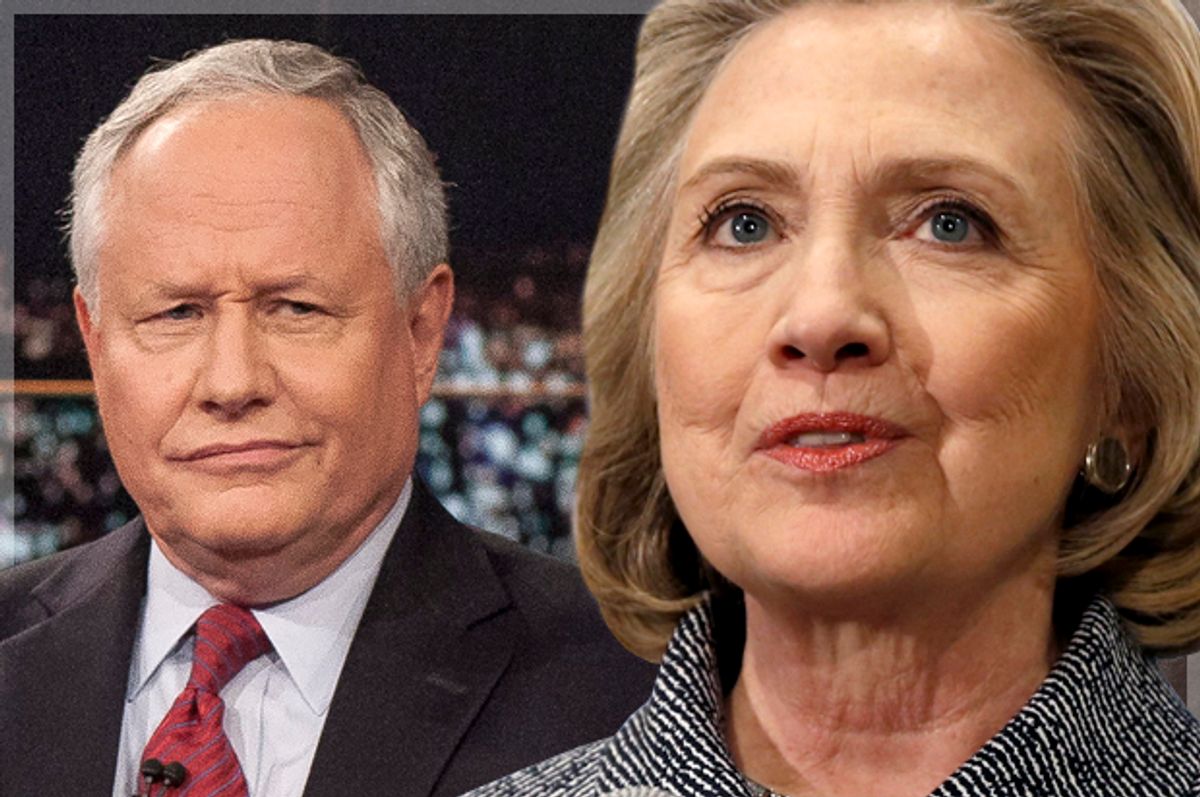 At this point, so many political journalists have said they fear having to cover a Bush-Clinton rematch in 2016 that it’s nearly become a cliché. But a thought does not have to be original to be legitimate, and I certainly understand where they’re coming from. I’ve probably said something along those lines myself.

Not all forms of dread are identical, however — which occurred to me this weekend as I surveyed the response to Hillary Clinton announcing her new campaign for president. Because while many of my colleagues are worried about dealing with the notoriously media-phobic Clinton, I’m not particularly concerned with how the former secretary of state will treat the press. I’m much more worried about how a grumpy press will cover the campaign.

I’ve written about this once before already, but there’s something about Hillary Clinton that brings out the worst in the media. It’s as if her association with the relatively calm and peaceful 1990s causes those who were journalists at the time to succumb to their worst instincts. Her presidential campaign’s launch is less than 48 hours old, but you can see the embrace of frivolity happening already.

Take New York magazine’s new cover story on whether she’s “good at running for president,” for example. As Gawker’s Hamilton Nolan rightly pointed out, the piece is like a “platonic ideal” of superficial, horserace journalism. Clinton’s policy views and record as secretary of state are essentially ignored, while the marginal and attention-starved Pat Buchanan — and his theory of “political athletes” — is placed front and center. (For what it’s worth, the piece’s author has defended himself on Twitter; I am not persuaded.)

The article doesn’t just waste the reader’s time on faux savvy, “inside baseball” fluff, either. By treating the next presidential campaign as if it were any other popular sport, it implicitly argues that Clinton’s likability — her pull with soccer moms in Iowa; or whatever new demographic subgroup becomes the campaign press’s 2016 obsession — is what’s at stake. The Supreme Court, which the next president may be able to remake in their own image, goes unmentioned.

And when Americans are apathetic about politics, when they feel the election is unimportant, and when they don’t bother to participate or even vote, a couple things usually happen. For one, it becomes easier for the always-engaged 1 percent to wield more influence than it does already, and to pressure candidates into embracing policies that most Americans would not like — especially if they were paying attention. For another, a “meh” election is one that conservatives are more likely to win. It was not a coincidence that the 2014 midterms were widely ignored and resulted in an historic GOP win.

And Republican operatives know this, too. Which is part of the reason why Bill Kristol, the editor of the neoconservative Weekly Standard, who paired Sarah Palin and Sen. John McCain, responded to Clinton’s announcement this weekend like a stereotypically apathetic member of Generation X. “Can we be honest?” Kristol tweeted. “Aren’t we all — left and right, old and young, male and female and other — already BORED by the Hillary Clinton campaign?” Clinton is, like, so yesterday.

Whether or not the always-wrong and probably-sociopathic Kristol is amused is irrelevant, of course. What worries me, though, is the prospect that the campaign press will feel similarly, and will try to provoke the candidates to keep itself entertained. Back when he was at the Washington Post, Ezra Klein argued that the end of the Obama era may bring about a modern version of the “return to normalcy.” The idea, more or less, is that after 9/11, the Iraq War and the Great Recession, American politics would return to its “normal” 1990s state.

For a whole host of reasons — climate change, growing inequality, and the fact that time is not, actually, a flat circle chief among them — I don’t think that will happen. But what could happen is a rerun of the 2000 presidential campaign. Before the recount drama, the press treated that race as boring and unimportant; in retrospect, it looks like the most consequential in a generation. Regardless of any post-Obama hangover or Clinton-Bush frustration, let’s hope the media doesn’t make the same mistake.