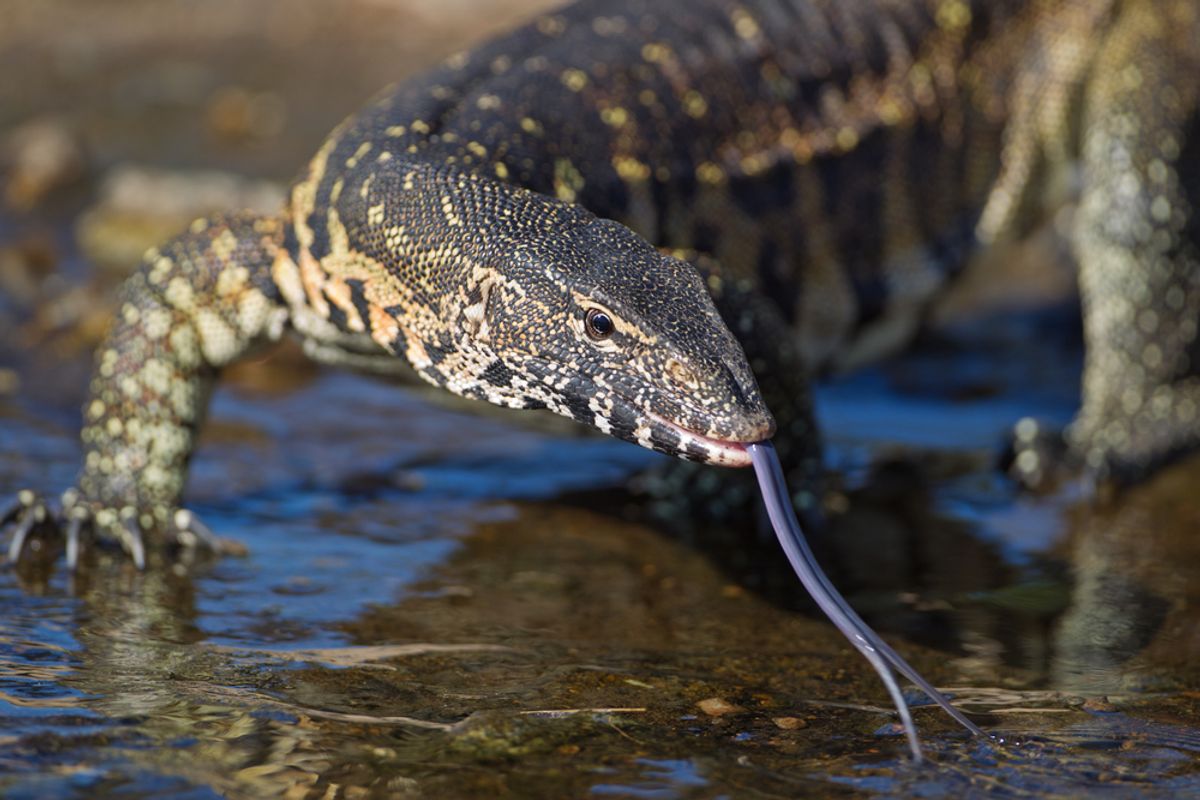 Florida's got more than its fair share of invasive species threatening to wreak environmental havoc. There are the Burmese pythons gobbling up rabbits in the Everglades. There are the two species of termites that are beginning to mate and create a new, hybrid species of "super termite." And, not to be outdone, there are the giant, cat-eating lizards coming after the state's native fish and mammals -- and its pets.

The Florida Fish and Wildlife Service announced last week that it's “increasing efforts to locate and remove" the lizards, known as Nile monitors, from Palm Beach County. They're a formidable threat: they can grow up to 5 feet long and are known to eat just about everything, cats included. Native to Africa, the monitors first start taking over Florida in the early 1990s (it's believed they started out as someone's pet) and humans have been losing the battle to keep them under control ever since.

"Nile monitors eat a wide variety of food items including small mammals, reptiles, fish, amphibians and more,” biologist Jenny Ketterlin Eckles explained in a statement. “Because their diet is so varied, we are assessing whether this species may have an impact on Florida’s native wildlife.”

Springtime is when the lizards come out to breed, and the FWS is hoping it can eliminate the small population spotted in Palm Beach: officials are asking locals to photograph and report any sightings. According to the Sun Sentinel, wildlife officials are prepared to kill the lizards on sight. They're advising people not to try and bag the lizards themselves; though shy, they can become aggressive if threatened.