Over the past two decades, the Clintons' version of the "War on Drugs" has inflicted needless suffering on millions 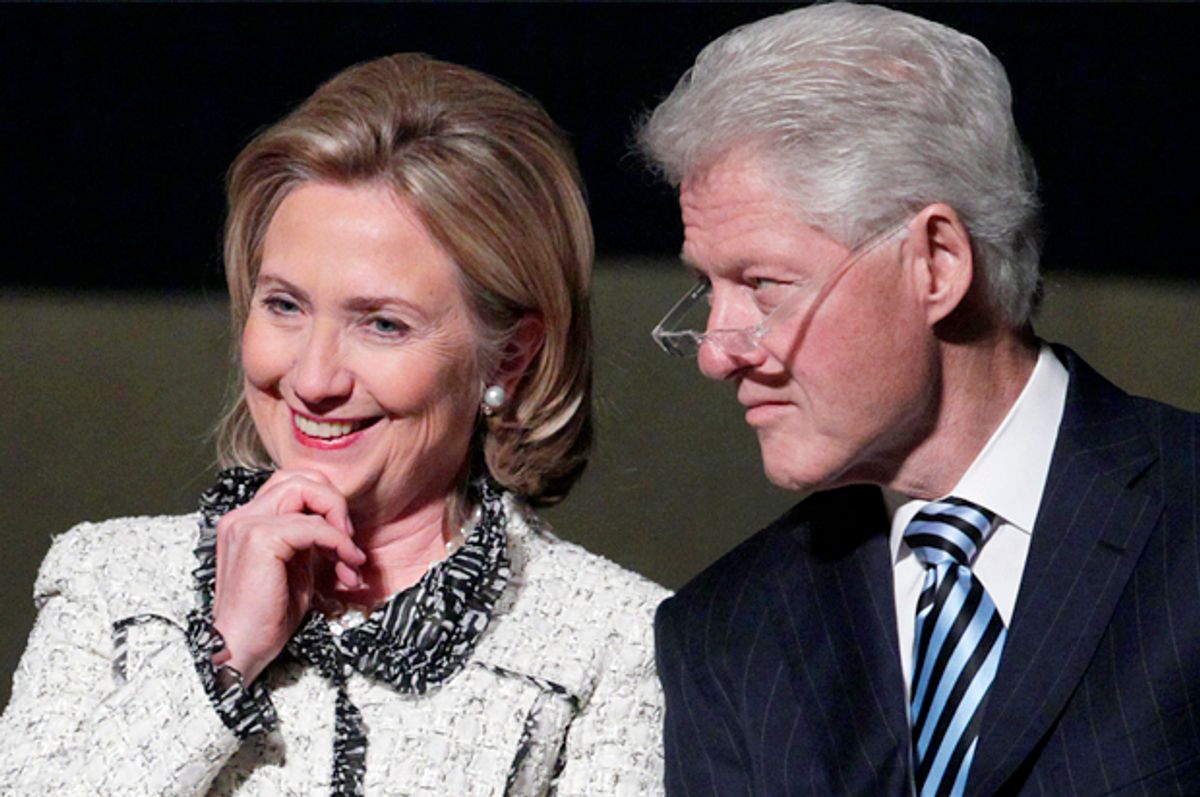 Hillary Clinton wants to run for president as an economic populist, as a humane progressive interested in bolstering the fortunes of poor and middle class Americans. But before liberals enthusiastically sign up for Team Hillary, they should remember this: In the late 1990s, Bill Clinton played in instrumental role in creating the world’s largest prison system — one that has devastated our inner cities, made a mockery of American idealism abroad, and continues to inflict needless suffering on millions of people. And he did it with his wife’s support.

That liberals are now being asked to get excited for Hillary’s Clinton’s candidacy, announced on Sunday, almost requires the suspension of disbelief. That the best progressive alternative to Clinton is a long-shot from Vermont is a tragedy. This is not to say that President Hillary Clinton would pursue the same prison policies as her husband — the political headwinds on criminal justice reform have shifted considerably in the past two decades, and the Clintons, accordingly, have shifted with them. But past actions should matter, and what they show is that the Clinton Dynasty embraced and exacerbated one of the late 20th Century’s greatest public policy disasters.

The explosion of the prison system under Bill Clinton’s version of the “War on Drugs” is impossible to dispute. The total prison population rose by 673,000 people under Clinton’s tenure — or by 235,000 more than it did under President Ronald Reagan, according to a study by the Justice Policy Institute. “Under President Bill Clinton, the number of prisoners under federal jurisdiction doubled, and grew more than it did under the previous 12-years of Republican rule,combined,” states the JPI report (italics theirs). The federal incarceration rate in 1999, the last year of the Democrat’s term, was 42 per 100,000 — more than double the federal incarceration rate at the end of President Reagan’s term (17 per 100,000), and 61 percent higher than at the end of President George Bush’s term (25 per 100,000), according to JPI.

Just before the New Hampshire primary, Bill Clinton famously flew back to Arkansas to personally oversee the execution of a mentally impaired African-American inmate named Ricky Ray Rector. The “New Democrat” spoke on the campaign trail of being tougher on criminals than Republicans; and the symbolism of the Rector execution was followed by a series of Clinton “tough on crime” measures, including: a $30 billion crime bill that created dozens of new federal capital crimes; new life-sentence rules for some three-time offenders; mandatory minimums for crack and crack cocaine possession; billions of dollars in funding for prisons; extra funding for states that severely punished convicts; limited judges’ discretion in determining criminal sentences; and so on. There is very strong evidence that these policies had a small impact on actual crime rates, totally out of proportion to their severity.

There is also very strong evidence that these policies contributed to the immiseration of vast numbers of black (and also white) Americans at the bottom of the economic ladder, according to the well-known conclusions of journalists, academics and other criminal justice experts. Federal funding for public housing fell by $17 billion (a 61 percent reduction) under Bill Clinton’s tenure; federal funding for corrections rose by $19 billion (an increase of 171 percent), according to Michelle Alexander’s seminal work, “The New Jim Crow: Mass Incarceration in the Age of Colorblindness.” The federal government’s new priorities redirected nearly $1 billion in state spending for higher education to prison construction. Clinton put a permanent eligibility ban for welfare or food stamps on anyone convicted of a felony drug offense (including marijuana possession). He prohibited drug felons from public housing. Any liberal arts grad with an HBO account can tell you the consequences for poor, black American cities like Baltimore. As Alexander writes, “More than any other president, [Clinton] created the current racial undercaste.”

While it's true that it was Bill who, as president, was ultimately responsible for these decision, Hillary was nonetheless a famously involved First Lady on political matters -- a reputation she's shown willingness to capitalize on in her new campaign. According to a 2013 Wall Street Journal report, Hillary has "signaled she would use the 1990s as a selling point if she jumps in the race, making the case that, as first lady, she was part of an era that found solutions to the same sorts of political difficulties that bedevil present-day Washington." That legacy includes Bill Clinton's "War on Drugs," whether you like it or not.

As recently noted by Reason.com, Hillary actively lobbied for the aforementioned criminal justice reforms as First Lady and, as a New York senator, voted to expand grants that dramatically scaled up police involvement in anti-terror and homeland security efforts. She also said things like this, in support of a crime bill that would impose draconian new sentencing provisions:

It goes too far to say, as some do on the left, that the Clintons consciously exploited white fears of black America to build their political fortunes. Rates of crime in the 1990s were out of control, a genuine crisis in their own right (even if they had already begun to fall), and we shouldn’t forget or dismiss fears surrounding them as simple racial animus. More to the point, the Clintons were hardly alone in creating the vast prison system.

Even still, we shouldn’t lose sight of the massive failure of the criminal justice reforms of the late 20th Century. And do you know who now agrees with me on this point? Why, the Clintons themselves.

Here’s what Hillary said in December 2014, according to MSNBC:

The evasiveness makes you want to turn off the news until the end of the campaign season. Now that the liberal zeitgeist demands it, the Clintons — the Clintons! — are trying to reinvent themselves as humane prison reformers? The same Clintons who used “tough on crime” rhetoric to such potent effect in the 1990s?