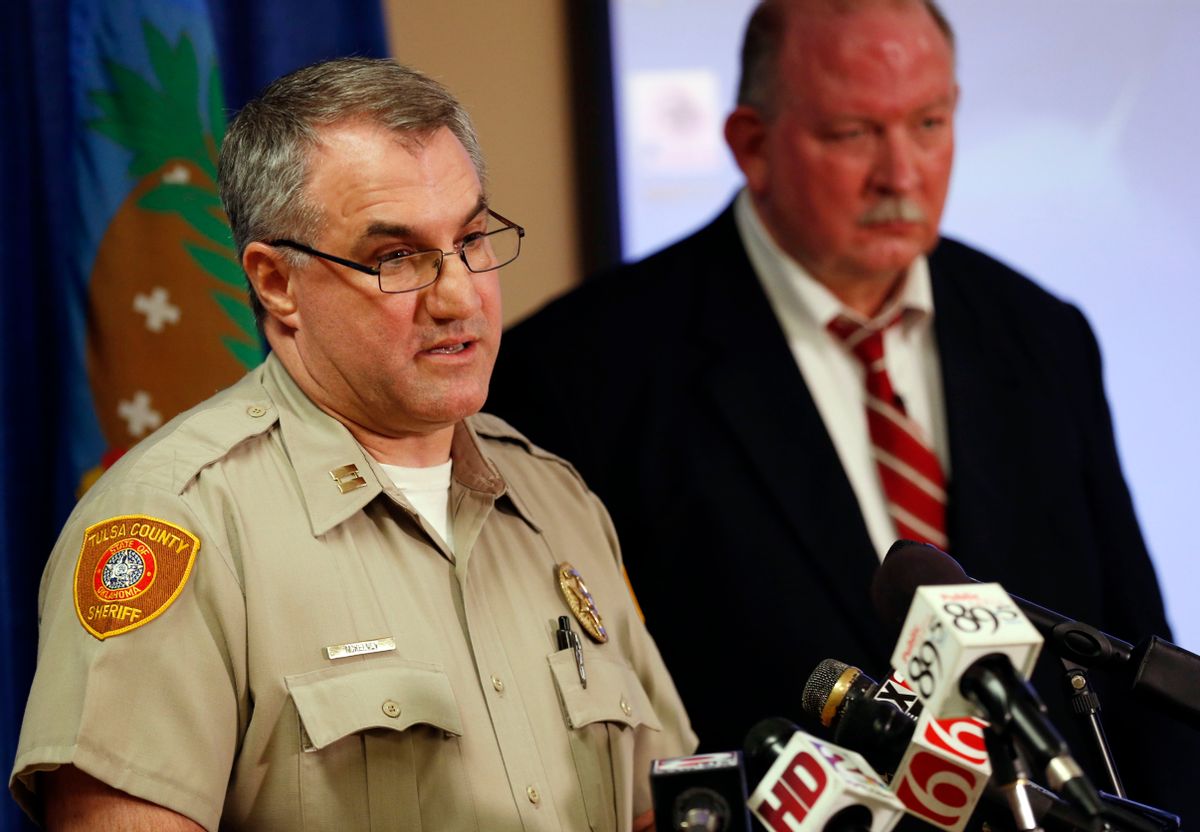 In this Friday, April 10, 2015, photo, Tulsa County Sheriff's Office Capt. Billy McKelvey, left, speaks next to Jim Clark, an independent consultant, during a news conference about the investigation of the death of Eric Harris in Tulsa, Okla. Police say a reserve sheriff's deputy thought he was holding a stun gun, not his handgun, when he fatally shot Harris during an arrest that was caught on video in Tulsa. (Cory Young/Tulsa World via AP) (AP)
--

One former Blackwater guard receives life in prison and three others draw 30-year terms for their roles in a 2007 shooting that killed 14 Iraqi civilians and wounded 17 others.

The victim was fatally shot on the ground at the officer's feet, raising questions about the use of unpaid reserve police.

The GOP senator from Florida says he wants to offer the nation a younger generation of leadership that breaks from ideas "stuck in the 20th century," a jab at Hillary Clinton and Jeb Bush.

4. WHO PITCHES IRAN DEAL TO SKEPTICS IN CONGRESS

Secretary of State John Kerry asks House Republicans and Democrats to give the Obama administration more room to negotiate a nuclear agreement with Iran.

School and tribal leaders work to stop the deaths after seven young people take their lives at the Pine Ridge Indian Reservation on the South Dakota-Nebraska border.

8. WHY STUN GUNS CAN BE PART OF FATAL POLICE EQUATION

The Associated Press finds more than a half-dozen fatal shootings of black men by police since 2012 had Tasers involved in the mix.

9. WHERE AIRPORT WORKER FOUND HIMSELF TRAPPED

An Alaska Airlines flight was forced to return to Seattle when a pilot heard banging after a baggage handler fell asleep in the plane's cargo hold.

It was at least the third death in the past year at speedways in the U.S. that allow customers to behind the wheel of fast cars, with pro drivers offering advice from the passenger seat.