Abraham Lincoln “was not yours only”: After the assassination, common citizens around the world mourned the loss 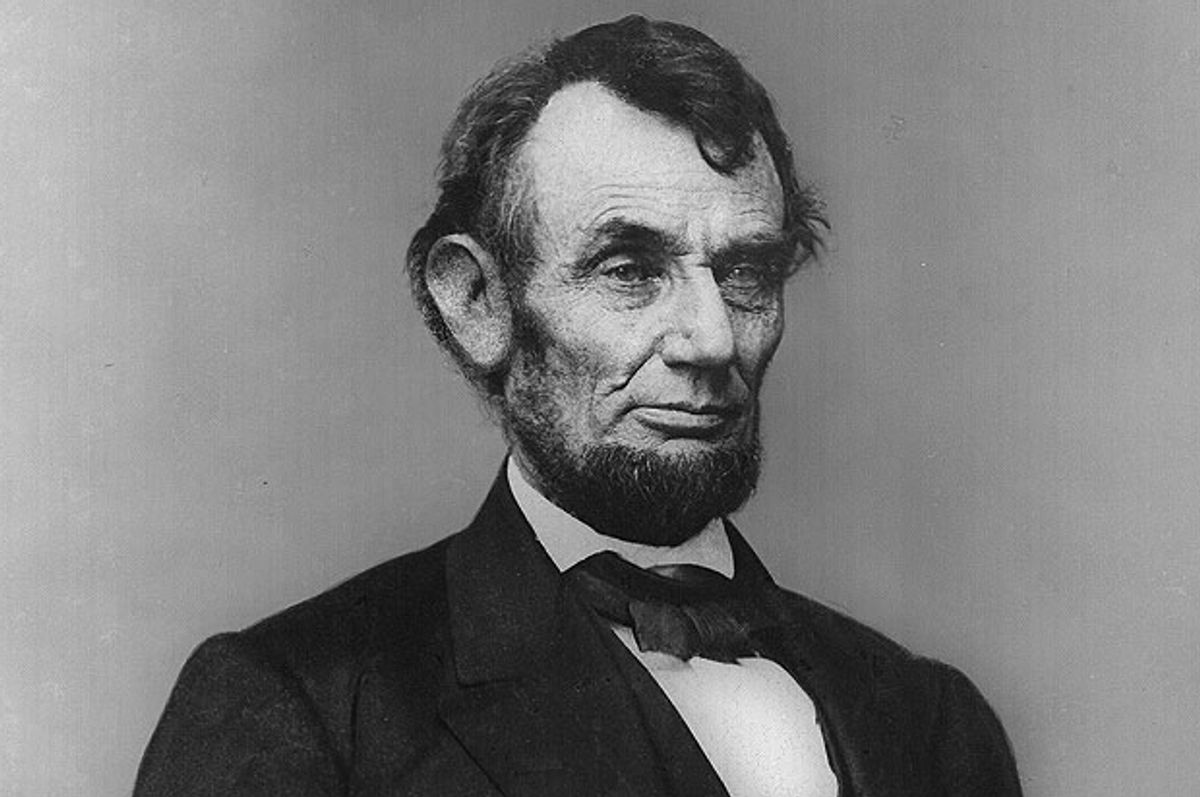 News of Abraham Lincoln’s assassination moved with uneven speed to the far reaches of the globe in the hours, days and weeks that followed that terrible night in Washington, April 14, 1865. One character at a time, the staccato clatter of telegraph keys transmitted to the world the essential facts even before the president had died. The first reports arrived in Halifax, Nova Scotia, the morning of April 15, in time for the scheduled voyage of the Nova Scotian, a sleek mail packet on its way to Liverpool. Few ships of the day could plow the ocean with greater speed, and with April’s fair weather the ship touched land at Greencastle, Ireland, 11 days later, April 26.

The news was immediately transmitted to the London telegraph exchange and from there flashed across the British Isles and the European Continent, reaching St. Petersburg and Constantinople two days later. By then even remote villages in Europe had learned of Lincoln’s death. News traveled more slowly southward, reaching the main ports of South America more than a month later. China, Australia, Japan and New Zealand did not learn until late July.

Stock exchanges in Liverpool and Manchester suspended trading, but shares of American companies tumbled on the London exchange while cotton prices soared and near worthless Confederate bonds suddenly rallied. Pro-rebel newspapers in London proclaimed that “the war was now just going to commence!” Among Europe’s aristocratic circles, one U.S. diplomat remarked, some were “unable to restrain the expression of exultation at the news.” This will be the “hardest test of the stability of our institutions,” he added, but if America endured, “it will prove the severest blow that European despotism has ever received.”

What surprised U.S. diplomats abroad was the enormous response of common citizens. In London and Paris people of all social ranks stopped what they were doing and came out into the streets to buy newspapers, talk with one another, and try to understand what it all meant for the war in America—and for them. They gathered outside American embassies and consulates, at first just to confirm the news and after the legations lowered the American flags, they stayed on to show their respect and stand vigil. “The effect upon the residents of Santiago and Valparaiso was sad beyond description,” the U.S. minister to Chile wrote. “Strong men wandered about the streets weeping like children, and foreigners, unable even to speak our language, manifested a grief almost as deep as our own.”

In Paris, professor Édouard Laboulaye, a stalwart friend of America, had become something of an idol among French university students, and his lecture hall was packed on the evening of April 28. He was scheduled to speak on one of his favorite subjects, Benjamin Franklin, but, of course, that night he spoke also of America’s slain president. “Never in my life as a professor have my words awakened so much sympathy,” he wrote afterward. “Three times in succession the hall applauded with an enthusiasm which was not for the speaker, but for the noble victim of a cowardly assassin.”

That same night, after Laboulaye’s lecture, delegations of students came to John Bigelow’s private residence, in defiance of police, to express their sympathy. “I had no idea that Mr. Lincoln had such a hold upon the heart of the young gentlemen of France, or that his loss would be so properly appreciated,” Bigelow wrote to Washington that evening. No one had any idea, not until that moment in the spring and summer of 1865 when people across the Atlantic world made it known they had been watching events in America all along and saw Lincoln as champion of their own struggles for freedom and self-government.

Over the next days and weeks messages of condolence and solidarity poured into U.S. legations from all parts of Europe, Latin America, Canada, Africa and elsewhere. There were the usual obsequies from government leaders, but what amazed Bigelow and other U.S. envoys abroad were the hundreds of messages from common people and the impassioned speeches and resolutions issued by liberal opposition leaders.

The Freemasons of France, long identified as harbingers of republicanism, turned their mourning for a man they insisted was a fellow Mason into an occasion for political protest. They draped their lodges in black crepe, wore black armbands, and staged public funeral processions. One Masonic lodge vowed that for the next three months “a brother will rise at the call of his name, and answer: Abraham Lincoln died like a mason, to elevate humanity, outraged by slavery.”  Some lodges fired “mortuary salvoes” to honor their fallen brother; one promised to do so at the anniversary of his death for the next 10 years.

British citizens enjoyed a proud tradition of free speech, and some took the opportunity to skewer the government and press for their betrayal of Lincoln and the American republic during its hour of need. None surpassed Karl Marx, who in his message on behalf of the International Workingmen’s Association, denounced those “sycophants who year after year, and day by day, stuck to their Sisyphus work of morally assassinating Abraham Lincoln and the great republic he headed, stand now aghast at this universal outburst of popular feeling, and rival with each other to strew rhetorical flowers on his open grave.”

It was John Bigelow’s idea to have the U.S. State Department gather all the messages of condolence, translate them into English, and then send them out to all the governments of the world and to each group or individual who had contributed a letter. “I think it is generally conceded,” Bigelow wrote, “that the death of no man has ever occurred that awakened such prompt and universal sympathy at once among his own country people and among foreign nations.”

But there was more to it than hero worship. What impressed foreigners, Bigelow realized, was that democracy proved it could survive even assassination precisely because it did not depend on the dynastic succession of power. Sovereignty resided in the people. “What has astonished people most is the perfect ease and quiet with which Mr. Lincoln was replaced and the utter uselessness of the crime as a political remedy.” America’s trial by rebellion, civil war and assassination, instead of proving the democratic experiment wrong, returned a very different verdict.  “The mysterious power of republican institutions was never so highly estimated here as now, never.”

The letters of condolence were first published in early 1866 as an appendix to the annual publication of diplomatic correspondence. The next year Congress authorized an expanded, large-format edition, some to be bound in leather with marble or gilt edges. There for the governing classes of the world to see were the voices of common citizens, men and women, students and workers, exiled revolutionaries, pious church members, a few former slaves, and reformers of all stripes. Unfiltered by censors in the government or press, these brave voices came as a warning that many saw in America’s struggle their own cause for liberty and self-rule. Abraham Lincoln “was not yours only,” one letter from a tiny fishing village of Acireale on the east coast of Sicily wrote, “he was also ours.”

Don H. Doyle, McCausland Professor of History at the University of South Carolina, is author of "The Cause of All Nations: An International History of the American Civil War" (Basic, 2015). Follow him on Facebook at https://www.facebook.com/causeofallnations