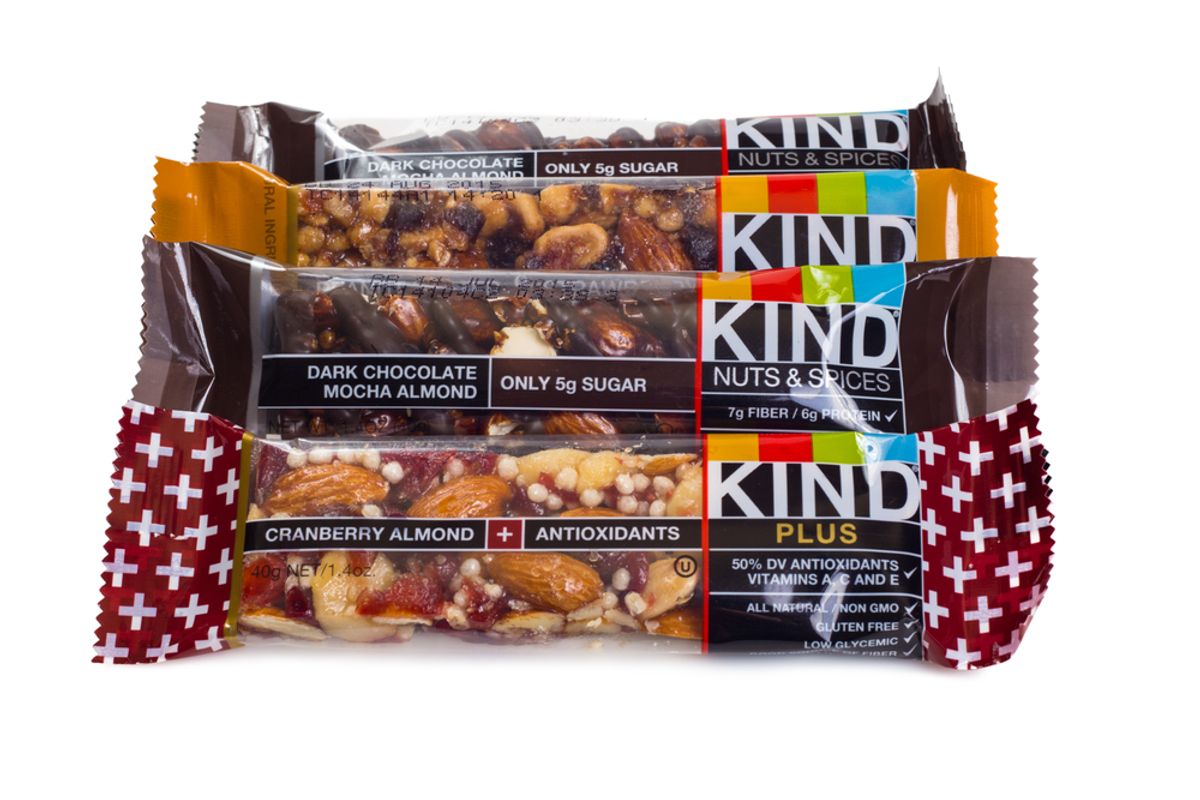 Kind bars, the popular on-the-go snacks, sure do look healthy. They contain nuts and fruit (and sometimes chocolate), they're a source of protein and antioxidants, they're low in sodium and have zero trans fats. Plus, they say "healthy" on the label.

The FDA apparently has a problem with that last part.

Unlike other claims, like "natural," the FDA actually has a strict definition for "healthy," which can only be used for foods that "meet certain criteria that limit the amounts of fat, saturated fat, cholesterol, and sodium, and require specific minimum amounts of vitamins, minerals, or other beneficial nutrients."

The entire letter is a useful exercise in how brands label food to appear much more healthful than it actually is. For one thing, the FDA says, the "healthy" claim implies that the bars have low saturated fat -- but their actual saturated fat content, from 2.5 to 5 grams per serving, is well above the FDA's requirement of 1 gram, or fewer than 15 percent of total calories. The agency also has a problem with the use of the "+", which implies that the bars are a better source of protein and vitamins than they actually are; the same goes for the phrase "antioxidant-rich." They also note that it's against regulations to call something a "good source of fiber" without clarifying that it's also high in fat, and that the boast of “No Trans Fats" is misleading, since the bars do contain unhealthy saturated fats.

Kind told Bloomberg Business that the bars' saturated fat content is higher than the FDA's standards because they contain nuts, which also contain many nutritious, unsaturated fats. But it confirmed that it's officially responded to the agency's letter. “Our team at Kind is fully committed to working alongside the FDA, and we’re moving quickly to comply with its request,” the company said in a statement. “We’re also taking it upon ourselves to conduct a thorough review of all of our snack food labels and website information to ensure that they’re compliant.”

Specifically, the FDA called out the company's website for claiming: “There’s healthy. There’s tasty. Then there’s healthy and tasty” and “all of our snacks are pretty much the nirvana of healthful tastiness.” The tasty part, though, they're okay with.