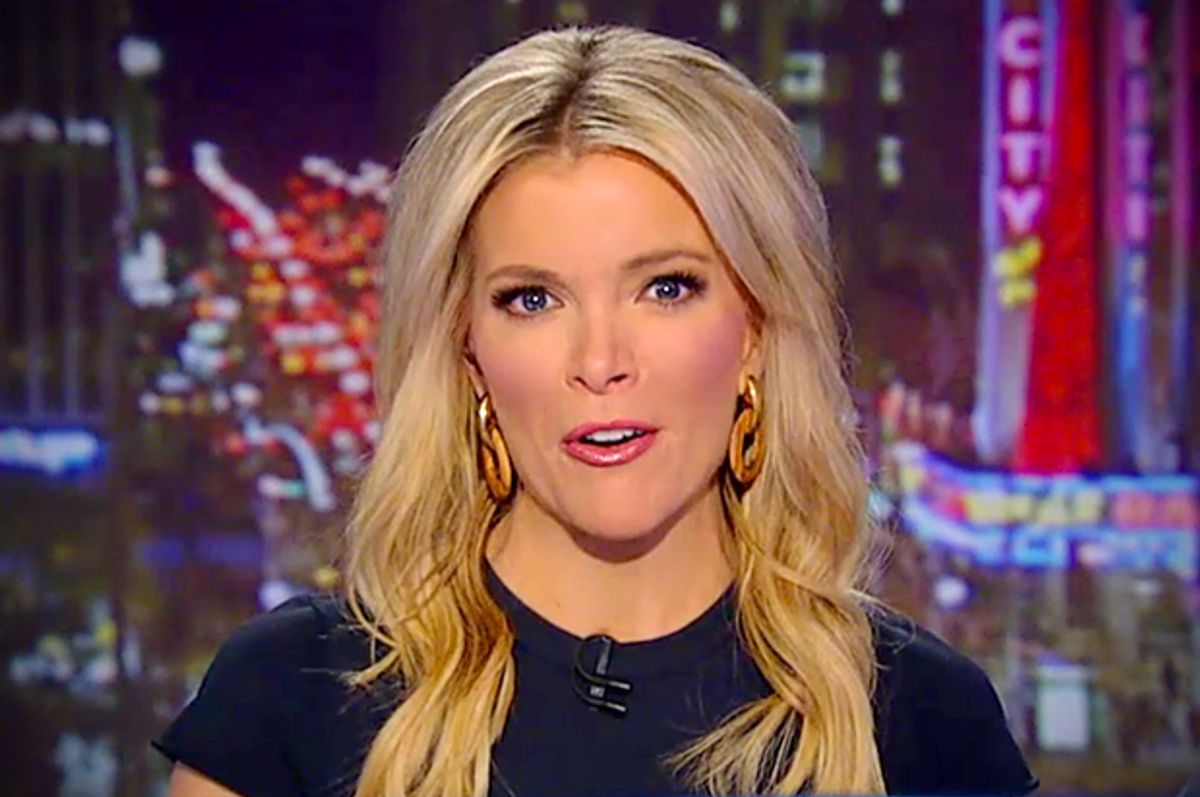 On Monday evening, Megyn Kelly objected to the suggestion that Bill O'Reilly would get to be the Fox News anchor to interview Hillary Clinton.

"Bill O'Reilly--what?" Kelly responded when Judge Andrew Napolitano raised the possibility. "She should sit with me and I'll tell you why, with all due respect to Bill. Because Bill, and I love him, does macro, as he always says, and I'll go micro. And she needs to be asked the specific questions. You need to be able to go ten layers deep with her because that's the only way you get answers."

"I can terrify," she responded. "I don't want to terrify Hillary--I actually want to sit down and have a fair interview with her... I will give her the chance to be heard fully, but will she sit with somebody like me who would press her, and I would press her deeply."