Rand Paul's wife on the warpath: "Frankly, it offends me" to hear sexism allegations

Only a vast mainstream media conspiracy could make Paul seem like a sexist, "Fox & Friends" suggests 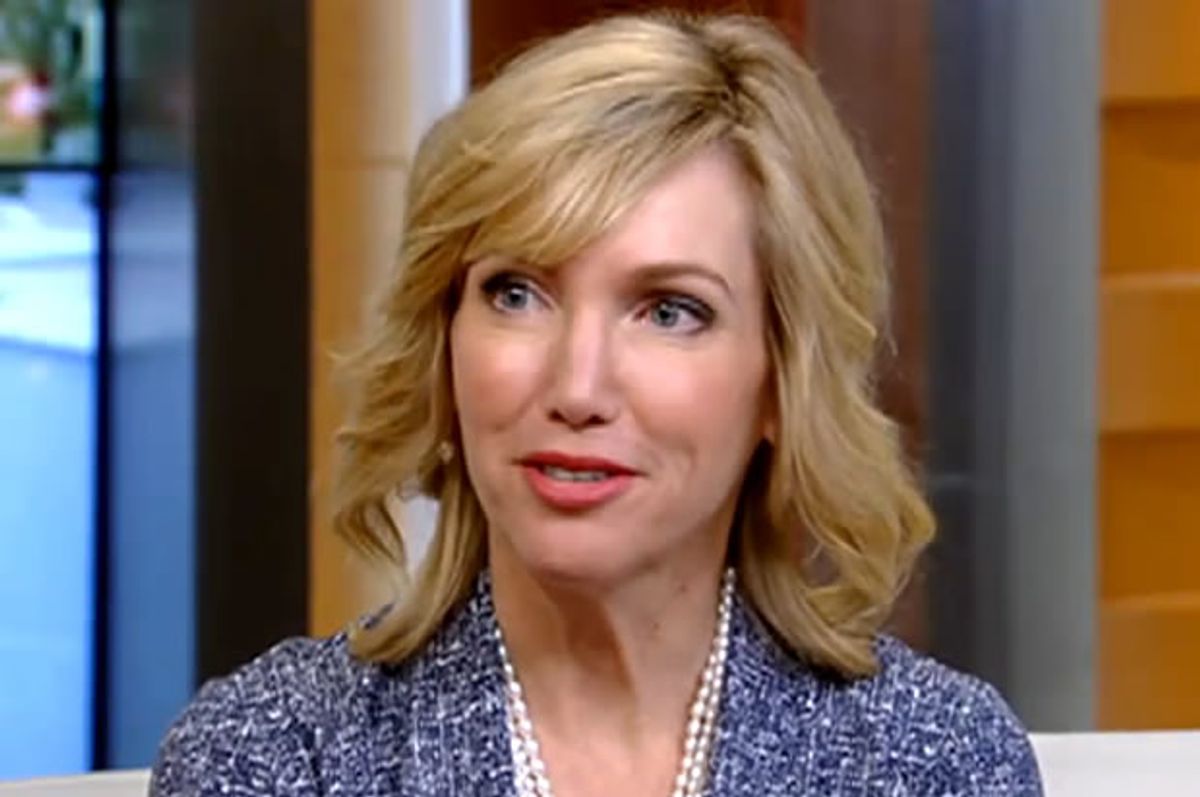 Kelley Paul has gone on a publicity tear this week to defend her husband, GOP presidential candidate Rand Paul, from accusations of sexism that have dogged him since a series of contentious interviews with female journalists.

In an interview with "The New York Times" yesterday, Kelley said that she found the charges against her husband to offensive, "because that's not who he is." She admitted that "perhaps he should be more poised [and] smoother" when speaking to journalists, but also pointed out that his longtime partner at his ophthalmology practice is a woman.

Kelley repeated these arguments on "Fox & Friends" this morning, telling co-hosts Steve Doocy and Elisabeth Hasselbeck that she is her husband's "secret weapon" against such claims. "That's not who Rand is," she said, "his entire professional career is working with female surgeons." In addition to the woman with whom he shares his practice, she said, when Rand goes back to Kentucky to do pro bono work, he does so with another female surgeon.

"Professionally, personally," she insisted, "he’s the kind of person who wants to work with someone and value their talents and their abilities for who they are. So to have that label put on him, that really upset me, I will say."

Co-host Doocy echoed her concerns, claiming that charging conservatives with sexism is just how the mainstream media works. "They just want to disqualify him," he said. "They see that thing" -- referring to Paul's behavior in interviews with CNBC's Kelly Evans and NBC's Savannah Guthrie, "and they put it all together and say, 'he's a sexist, he can't be president.'"

Watch the entire interview with Kelley Paul, via Rand Paul on YouTube below.