Shonda Rhimes is sick of talking about diversity: "This Is Not the Jim Crow South" 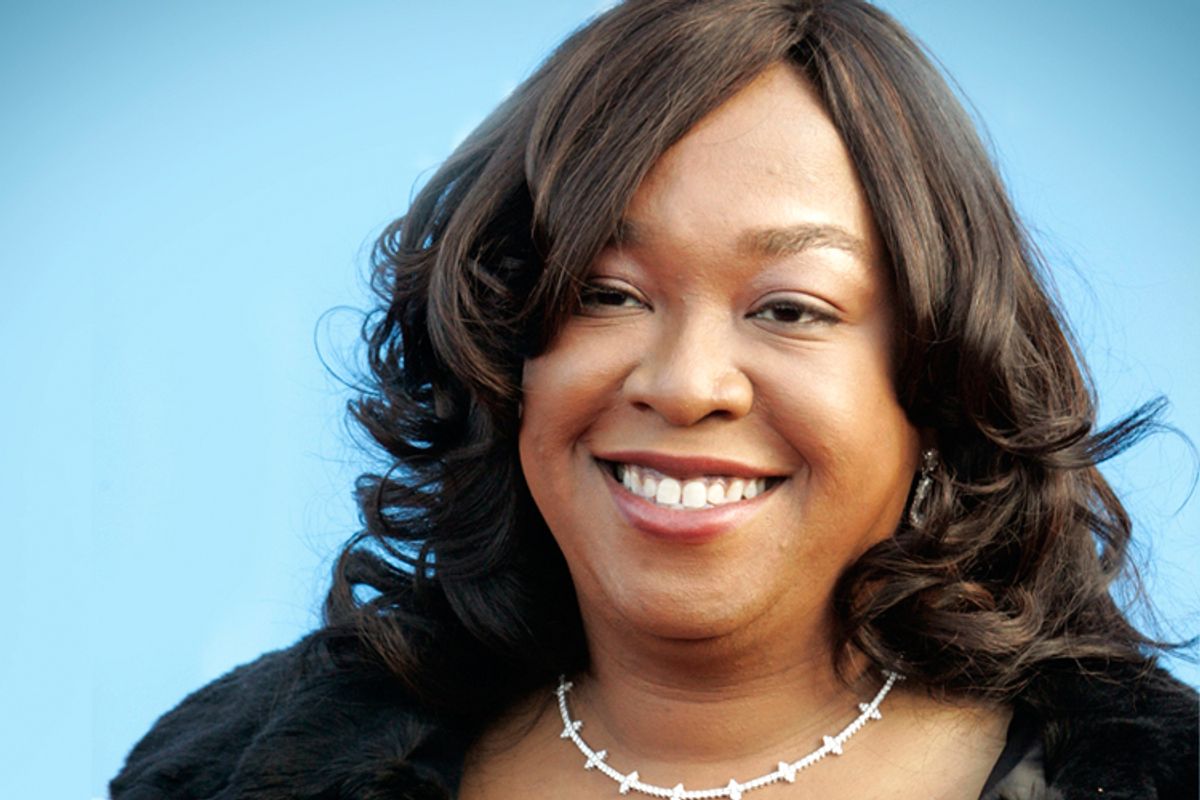 At a National Association of Broadcasters luncheon honoring diversity, "Scandal," Grey's Anatomy" and "How To Get Away With Murder" EP Shonda Rhimes spoke of her wish to move beyond the conversations about diversity that have been dominating the media landscape as of late.

“Everyone makes a big deal about how I broke all these barriers in terms of diversity, so I know that I have to talk about it,” said Rhimes, whose Thursday night "Shondaland" block on ABC has been lauded for its rich depictions of women, people of color and LGBTQ characters onscreen. Rhimes' remarks come in the wake of Deadline's controversial article about "ethnic castings" -- and the backlash that surrounded it --which implied that minority actors were essentially stealing roles from white actors.

“In Shondaland, our shows look like how the world looks. Everyone can see themselves when they turn on the TV on Thursday nights on ABC. To me that was not some difficult brave special decision I made. It was a human one, because I am a human. It wasn’t something we had to bravely fight for, because ABC is also full of humans.This is not the Jim Crow south. We’re not ignorant, so why wouldn’t we [cast that way]? I still can’t believe I get asked about it all the time, as if being normal, TV looking like the normal world, is an innovation. You’d think people would be embarrassed to think so, embarrassed to ask the questions in the 21st Century. Write about that. Write about the people asking the questions, because I’m busy talking about something else, writing about something else.”

Diversity How To Get Away With Murder Scandal Shonda Rhimes Video