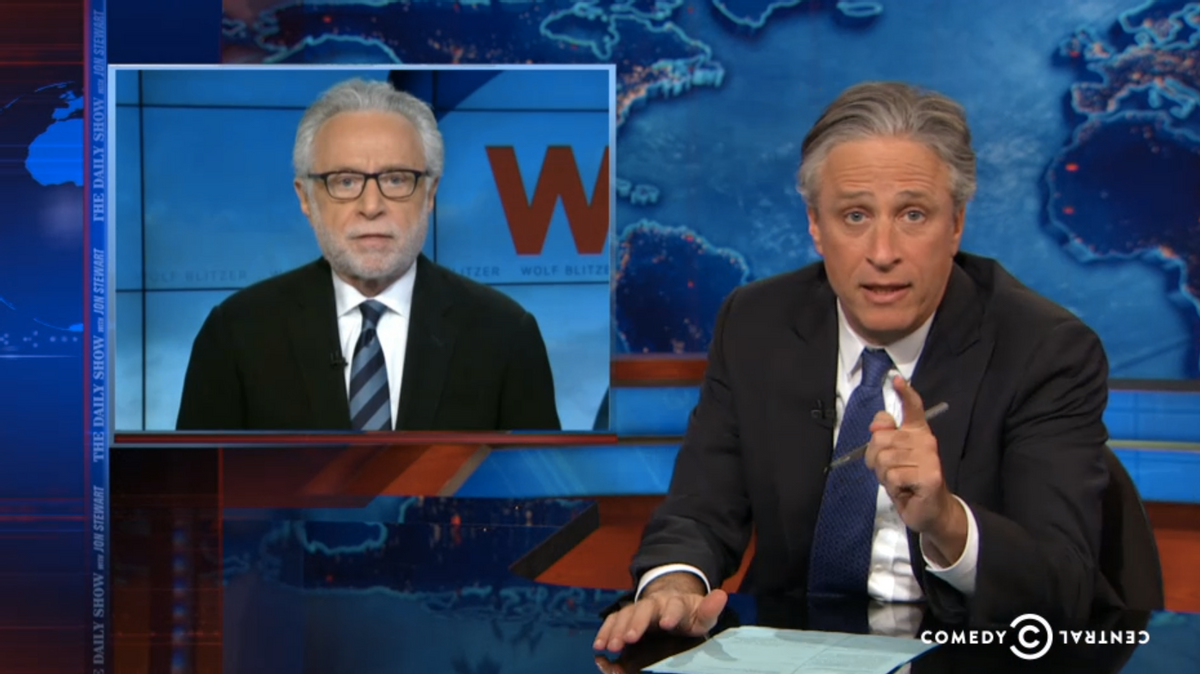 Jon Stewart turned our attention to the Middle East on Monday's "Daily Show" where things have reached new levels of confusing. This time, as Stewart points out, it's not just the "easily confused" Wolf Blitzer that's scratching his head.

"There are so many proxy wars in the Middle East that sometimes it seems like we're fighting ourselves," Stewart said, before bringing Senior Middle East Correspondent Bassem Youssef out to set the record straight on "who is killing us" and "who we should worry about."

Youssef resolves to lay out the "constant intractable madness" in a format that everyday people can understand: a March Madness bracket! But not before giving Stewart some flak for not bringing him aboard as the next African host of the "Daily Show," urging him to consider how beautiful his Rolling Stone cover could have been.

"So, you wanted a handsome young comedian from Africa?," Youssef cracked. "Hell-ooo?"