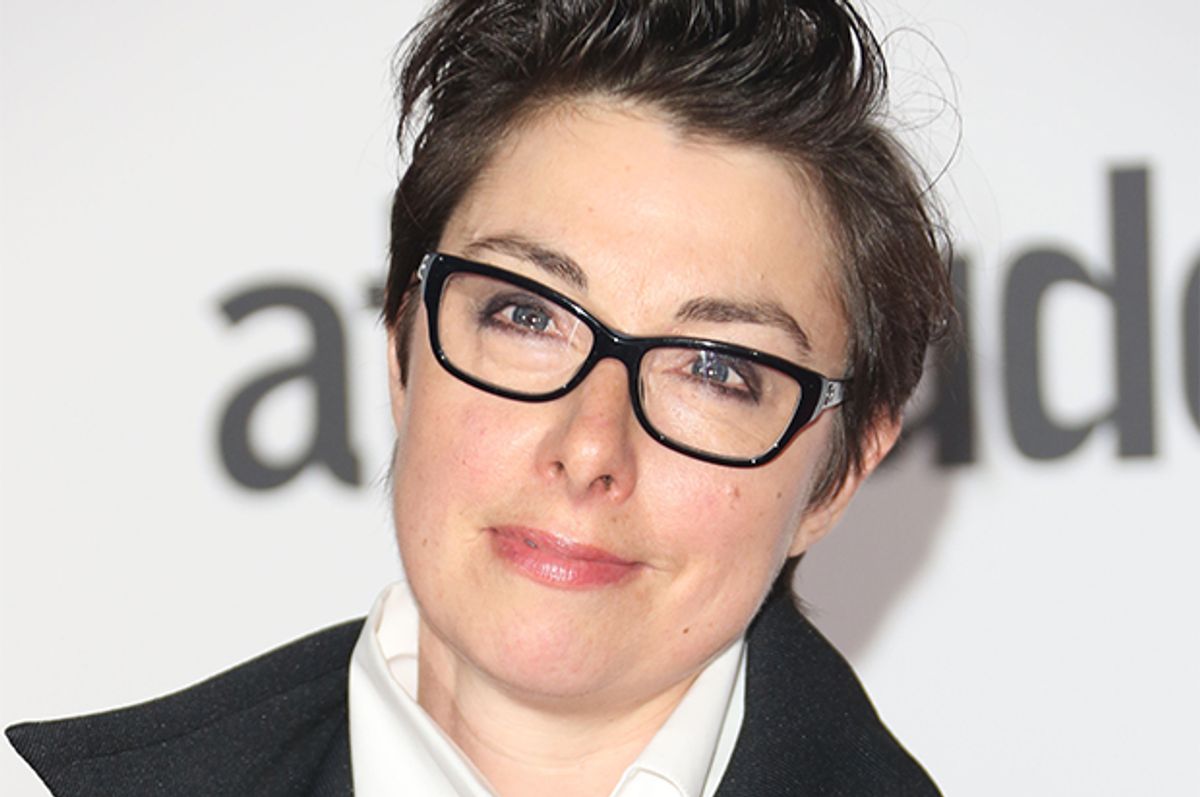 "Top Gear" host Jeremy Clarkson was sacked from the show three weeks ago after punching producer Oisin Tymon. And since, publications have been speculating who might take over the show in Clarkson's absence. The Guardian listed Sue Perkins, presenter of BBC's "The Great British Bake Off," as a "favorite" to take the spot -- despite Perkins publicly stating that she "couldn't imagine anything worse than doing it."

Even so, Internet commenters are directing all of their rage at the British TV host. After a week of putting up with "middle-aged man-trolls" who would rather not see a woman take the helm, she tells Twitter today that she's signing off "for a bit." "General gist: Man do cars, woman do cake," she says in a tweet from last week.

Sue Perkins' announcement came just moments after receiving an Internet comment which suggested that she should be burned to death.