Will pizza be the force that closes men's legs on public transportation once and for all? To be continued 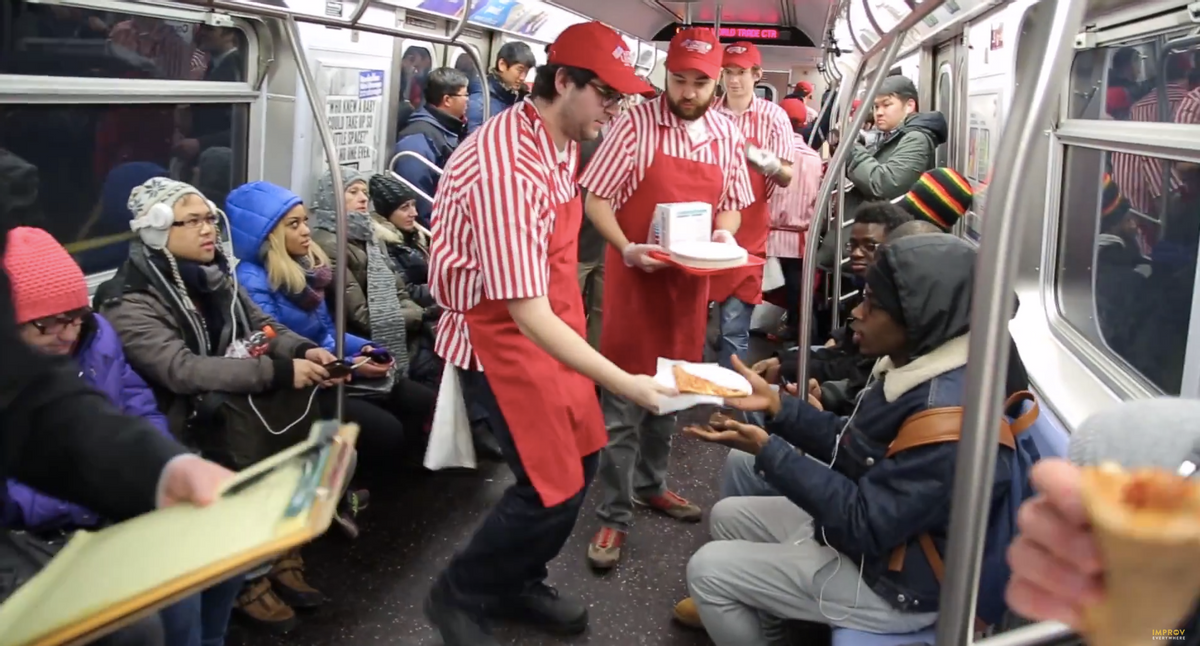 Manspreading -- the act of a man spreading his legs on public transportation with no regard for others' personal space -- has become a full-blown epidemic this year. Or, perhaps, for the first time, we have a name to quickly identify this act when we see it. In any case, the egregious etiquette breach has spawned a Tumblr page, Men Taking Up Too Much Space on the Train, a "Daily Show" takedown with Kristen Schaal and a New York Times op-ed.

And yet, all of the media attention hasn't done much in the way of defeating manspreading. That's where pizza comes in. The well-known comedic art performance group "Improv Everywhere" decided to reward New York City's E-train passengers abiding by proper subway etiquette (not manspreading) with a free slice of pizza. Will pizza be the force that closes men's legs on public transportation once and for all? To be continued.