Chris Christie says the next GOP candidate will be a governor (nudge nudge, wink wink)

"We've haven't done well with the experiment of a one-term senator being president of the United States," he said. 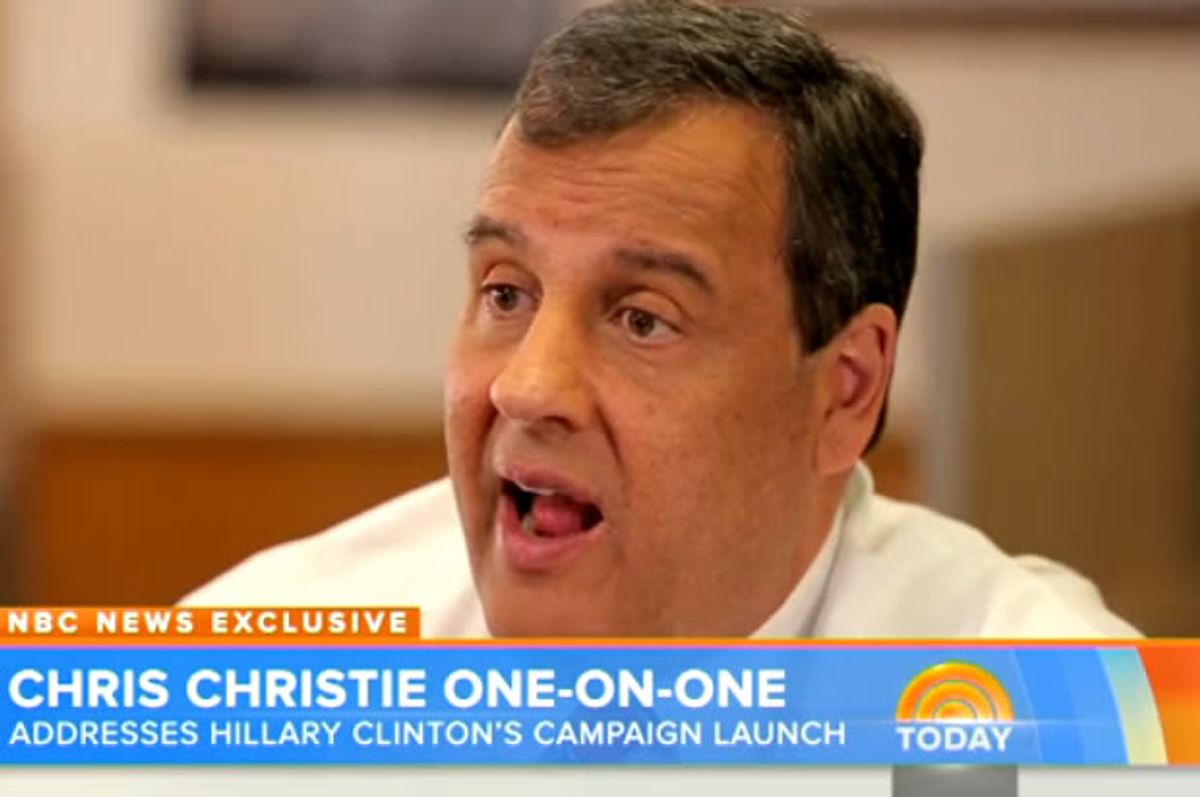 New Jersey Governor Chris Christie sat down with "Today" host Matt Lauer to discuss how the field of candidates was shaping up -- and whether Christie would be joining it any time soon.

"You don't rush that decision," Christie said, responding to the first of many questions about his political future he deflected in the brief interview.

Lauer asked him if it was possible that in the wake of Bridgegate, his "moment" had passed. Christie admitted that it was a possibility, but said he preferred not being the front-runner, where "the bullseye's always on your back and everybody's always shooting at you."

He insisted that the scandals that have plagued his current term as New Jersey governor haven't changed him as a person -- and that he believed that in 2016, the Republicans would have a governor or a former governor as their nominee.

It is incumbent upon the party, he said, to nominate "someone who's actually run something," instead of a senator like Marco Rubio, Rand Paul, or Ted Cruz. "I don't believe we've done well with the experiment of a one-term senator being president of the United States," he explained.

Lauer later asked the governor to fill in the blanks in a series of sentences about what life will be like in 2017. Christie answered that in 2017, Obamacare will be "repealed and replaced," but he dodged the question on gay marriage, saying it "would be decided by the Supreme Court, I suspect."

When asked what his addressed would be in 2017, Christie refused to answer.

Watch the entire interview via "Today" below.