"Effeminate" liberals are sexually attracted to "masculine brutality of Islam," according to right-wing rabbi

"It's just biology," he insisted, like teenage girls falling in love with "bad boys." 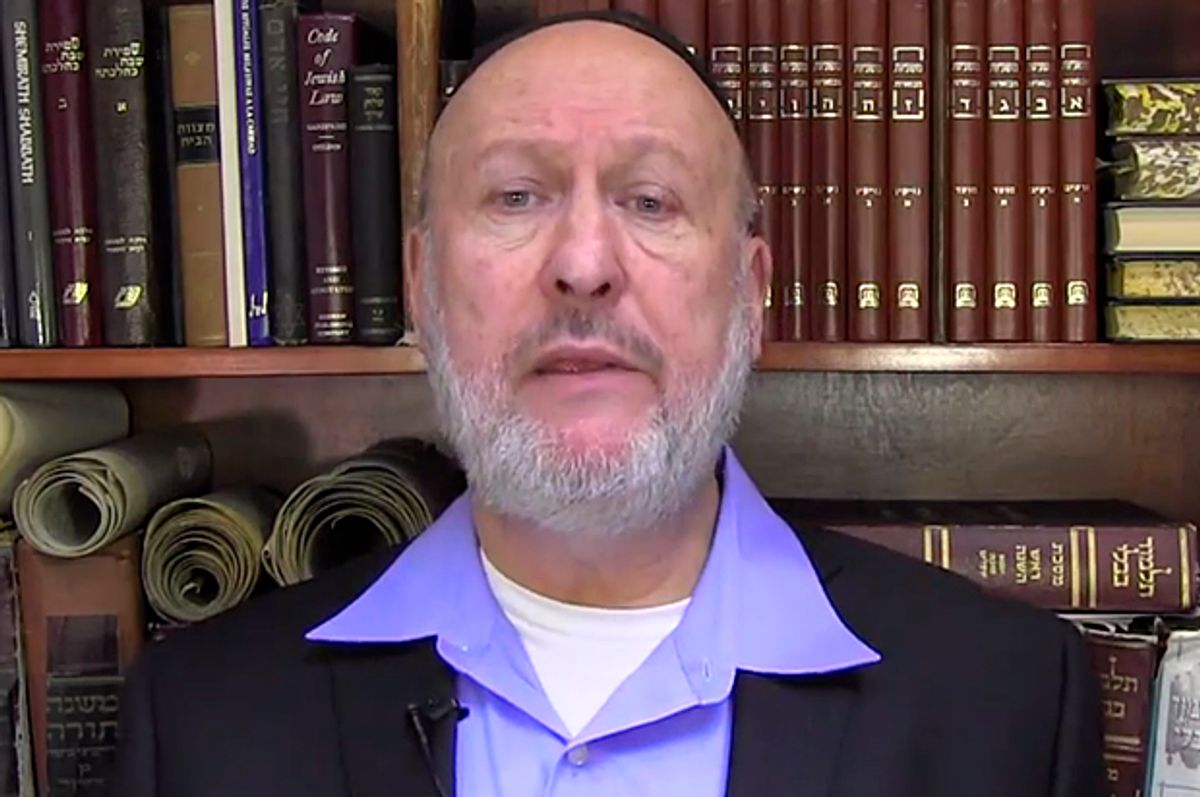 Brian Tashman of "Right Wing Watch" reports that on a recent episode of the Family Research Council's "Washington Watch," conservative Rabbi Daniel Lapin claimed that the problem with effeminate liberals is that an excess of estrogen in their systems causes them to fall in love with "the masculine strength and brutality of Islam."

Host Tony Perkins asked him why liberals "favors Islam and actually promotes it, even to their own demise," and Rabbi Lapin responded with what he characterized as a "zinger" of an answer -- there's a "sexual dimension" in which, much like feminized hostages suffering from Stockholm Syndrome, liberals are attracted to the masculinity of the Islamic extremists.

Rabbi Lapin explains this by way of a crude, but surprisingly fluid, gender stereotypes. He claims that if he and his wife are going to a wedding, she can order him to change his clothes, and in so doing becomes more masculine than him -- because being feminine entails submissiveness and dependence.

"It's just biology," Rabbi Lapin continues. "There are countless studies showing that feminine-type behavior produces an excess of estrogen in men and vice versa. Essentially, the left has fallen in love with the masculinity of Islam."

He then spoke of a Golden Age of masculinity, in which the television program "The Waltons" provided men with strong masculine role models. However, "after a thirty or forty year epidemic of leftism that has swept its sordid stain across America, we've become much more feminized and we are attracted to the masculine strength and brutality of Islam."

Rabbi Lapin then compared liberals to high school girls who are "attracted to the bad, tough guy," which he acknowledges is an irrational behavior -- but sexual attraction is where you find people behaving irrationally, he says, so he can only draw one conclusion. Namely, that "on a spiritual level, the feminized American left, show business, politicians, particularly academia, all the people who love Islam" are sexually attracted to it.

Listen to Rabbi Lapin's statement via Right Wing Watch below.