How we (re)named our transgender child

My husband didn't want to be involved, so my 11-year-old daughter and I went about it on our own 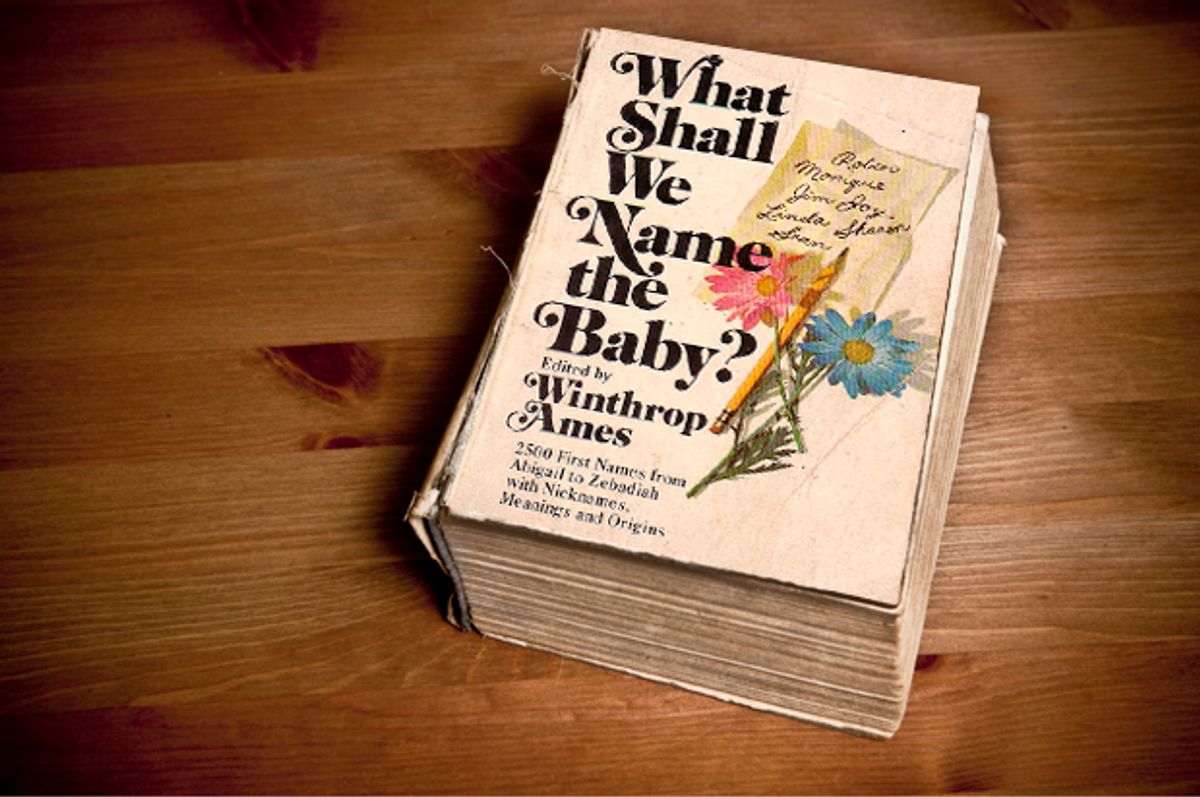 I am smitten with names, always have been. As a girl, I read the "What Shall We Name the Baby" book over and over until it was ragged and dog-eared. One day my father approached me anxiously asking whether I was pregnant. No, I wasn't, it was the love of names, the sounds that roll off your tongue, their meaning, their rhythm.

This penchant for interesting names has caused my children some dismay. The twins have gender-neutral names that are rare to boot. They truly believe we have cursed them with their terrible names. I always tell them  our surname is so common it would be uninspired to have a humdrum first name as well, like being called John Smith or Tom Brown.

The addition of our fourth child changed our family in ways we never could have imagined. Three years ago we brought home an 8-year-old boy from China. (Having three boys it made sense to add a fourth, what with hand-me-downs and room sharing.) It threw us all for a loop when we figured out that she self-identifies as a girl. Despite the challenges, or perhaps because of them, our whole family loves her, accepts her and is proud of her courage.

It was with relief that we started addressing my daughter with female pronouns; at that point it was just too weird to keep going by "L."  But what would we call her? She was one step ahead of us. "Gabrielle," she started signing pictures, a rosy-cheeked, spiky-lashed self-portrait in clay. Gabrielle. It was a beautiful name but I was not a fan; my husband had briefly dated a Gabrielle. Besides, a name that was too pretty, like Tiffany, could sound like a drag queen.

She still went by a boy's name at school and a variety of girls' names at home. When a substitute teacher or a new playground friend would ask her name she'd change the subject or walk away. She was ashamed to use her male name. We tried a gender-neutral nickname, but this was only a stopgap measure.

I wanted my husband to be involved in the choosing. That way he could claim our daughter. Grace was a name he'd always loved -- why not Grace? But he would have nothing to do with deciding. Uncomfortable with the transition, wishing it would happen next month, next year, next decade, he couldn't stomach choosing a name. He loved the boy name he'd chosen before. So it was up to L and me.

As we drove around doing errands I'd call out, "How about Elsie? Ayla? Phoebe?" She'd respond, "Ariel, Cinderella, Belle!" all Disney princess names. No way was my child being named after a Disney princess or a pop star like Britney Spears or Hannah Montana.

Some trans kids end up with names that could be for girls or boys. This can make it easier on the parents who may hold a last vestige of hope that it will be only a passing phase. The problem is that as your child becomes an adult she may still look androgynous, which is fine for some, if they are merely gender variant. But a truly transgender person with a unisex name might ever be inviting the question, "Are you a man or a woman?"

Others let their kids choose entirely -- let them claim their right to be who they want. I get it, but it just wasn't working for me. Parents name their children (or at least have veto power).

So I'd keep on throwing out names. One day I tried out "Ruthie."  Ruthie was the name of a dear childhood friend.

"Ruthie! Oh my gosh! I love it better than Gabrielle!"

She nodded enthusiastically. We pretty quickly settled on Ruthie. Only later did I find out that we'd inadvertently named our daughter after an American Girl Doll.

Salon's republishing memorable stories from the archive to celebrate our 20th anniversary; this essay first appeared in 2011.